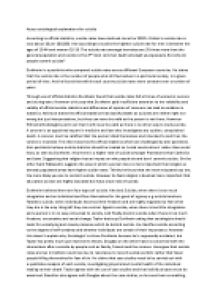 ﻿Assess sociological explanations for suicide According to official statistics, suicide rates have declined since the 1990?s. Britain?s suicide rate is now about 10 per 100,000. And according to studies the highest suicide rate for men is between the ages of 15-44 and women 15-19. The suicide rate amongst homeless are 35 times more than the general population and suicide is the 2nd most common death amongst young people. But why do people commit suicide? Durkheim is a positivist who compared suicide rates across different European countries. He claims that the suicide rate is the number of people who kill themselves in a particular society, in a given period of time. And he found that within each country suicide rates were constant over a number of years. Through use of official statistics Durkheim found that suicide rates fell at times of economic success and during wars. However critics say that Durkheim paid insufficient attention to the reliability and validity of official suicide statistics and differences of opinion of coroners can lead to variation in statistics. ...read more.

Thirdly he found that the more educated you are, the more likely you are to commit suicide. However he feels religion is deemed more important that education as Jews are highly educated but have a low rate of suicide. Durkheim believed there are four types of suicide. Altruistic Suicide, when there is too much integration and an individual sacrifices themselves for the good of a group e.g suicide bombers. Fatalistic suicide, when individuals have too little freedom and are highly regulated so feel when they die is the only thing left they can control. Egoistic suicide, when there is too little integration and a person is in no way connected to society. And finally Anomic suicide when there is too much freedom, uncertainty and social change. Taylor backs up Durkheim sating that sociologists should looks for underlying and casual processes which lie behind suicide. He classifies suicide according to the degree of self-certainty and whether individuals are certain of their importance. ...read more.

4 types of evidence are important to categorise a death as suicide; suicide notes, mode of death, location of death and social challenges. Atkinson?s theory looks at cause and effect and the motives behind suicide, it challenges official statistics; making it good when studying why people commit suicide. Then again it makes too many generalisations and the real cause of death is not realised. Just like Atkinson Taylor attended inquests in coroner?s courts in order to discover how a death is deemed suicide, and he found that there were four aspects that were focused on in coming up with the verdict. Friends and family of the deceases views on their emotional state, whether or not the deceased was a patient in a hospital, social problems and what their background was like. To conclude there are many explanations for why people commit suicide. Atkinson claims that the only job for sociologists is to discover how deaths get categorised as suicides rather than trying to explain why; since every person is different and so every victim has their own personal reasons for committing suicide. ...read more.