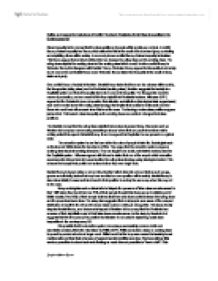 Outline and Assess the Usefulness of Conflict Theories in Explaining Social Class Inequalities in the Contemporary UK Class inequality is the concept that the class positions of people within society are not just. A conflict theory of class inequality is a theory which states that this is the result of the dominant group controlling and exploiting others within society. A commonly known conflict theory of class inequality is Marxism. This theory argues that society is divided into two classes; the ruling class and the working class. The ruling class exploits the working class but the working class fails to revolt. Another conflict theory is Weberian theory that disagrees with Marxist Theory. Weberian theory argues that inequality is not solely due to economics as Marxist theory does. Weberian theory states that inequality is the result of class, status and party. One conflict theory of society is Marxism. Marxist theory states that there are two classes within society, the Bourgeoisie (ruling class) and the Proletariat (working class). Marxism suggests that society is a Capitalist system and that all inequality stems from economic inequality. The Bourgeoisie owns the means of production, and as a result of this they exploit their Proletariat workers. Althusser (1971) argues that the Proletariat does not question their situation as institutions (ideological state apparatuses) such as the media transmit the ruling class ideology that implies that society is meritocratic and that those who work hard will succeed when this is not the case. The ideology makes class positions appear just and fair. ...read more.

As stated previously, the working class may not have a false class consciousness, this is shown by the research by Marshall et al. Neo-Marxism states that the superstructure transmits the ruling class ideology which shapes the workers and workers of the future. As shown by Willis, pupils do not necessarily work and become the workers desired by the Capitalist system. This shows that as Neo-Marxism does not overcome many of the weaknesses of Traditional Marxism it is not useful in explaining social class inequalities in contemporary UK. Weberian Theory is another conflict theory. Weberian Theory differs from Marxist Theory as it does not hold economic factors solely into account. Weberian theory outlines three influences on inequality. One of these was class and Weber outlined four social classes, the propertied upper class, the propertyless white-collar workers, the petty bourgeoisie and the manual working class. Another influence on inequality was status, ones social standing. Status can be obtained from occupation, religion, gender, race as well as consumption. Weber's theory of inequality is placed great emphasis on the concept of "status groups", people united by similar statuses. Status groups can used to divide classes. This was outlined in the research by Margaret Stacey in the 1950s. Her research into the people of Banbury, Oxfordshire found that the manual working class were divided into three different status groups; the respectable working, class, the ordinary working class and the rough working class. The third influence on inequality suggested by Weberian Theory is party. This can be described as the amount of political power someone has which can be obtained from membership to trade unions, freemasons, old boy networks and political parties. ...read more.

Due to factors such as material deprivation, cultural deprivations and lack of opportunity to go to private schools working class pupils are less likely to achieve than the higher classes. As a result of this, role allocation may simply reproduce the existing class inequalities. As a result of this, Conflict theories are a better way of explaining class inequality than Consensus Theories. To conclude, Conflict theories are useful in explaining why there it class inequality to an extent. Marxist Theory is relevant to contemporary UK largely in education; pupils are brainwashed by the ruling class ideology so they become submissive workers and fail to see their exploitation. However, this is disputed by sociologists such as Marshall et al who argue that people are aware of the inequality in society and Willis, who states that the education system does not necessarily create to workers desired by the Capitalist system. Marxist theory can also be seen as reductionist and is therefore not a valid explanation of social class inequality in contemporary UK. Weberian Theory can be seen as a more valid explanation of social class inequality within the UK as it looks at the bigger picture. Weberian Theory takes into account factors such as status and party that may lead to inequality. However, Weberian theory may exaggerate the importance of class within society. Both Marxism and Weberian theory do not provide a solution to the problems outlined by the theories. Although Conflict theories are limited in their explanations of class inequality in contemporary UK they provide more useful explanations than consensus theories such as Functionalism. Functionalism places great emphasis on society being meritocratic. This may not be the case which directly disputes the theory. Sapphire Mason-Brown ...read more.