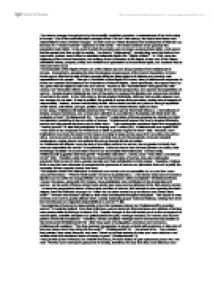 The various changes brought about by the scientific revolution provoked a reassessment of the civil society in Europe. One of the most influential concepts of the 17th and 18th century, the natural law theory was responsible for many of these changes. As both Lock and Hobes theorized the development of Natural Law, the idea of a '"'Social Contract'"' appeared in both works. This Social Contract would guaranty the population basic rights. In the event in which the people were no longer guaranty these rights, Lock argued that the people had then a right to revolte. The French '"'philosophes'"', constructing upon the Natural Law arguments, pushed even further to establish inalienable rights: the '"'Rights of Man'"'. In 1789, upon the beginning of the French Revolution, the drafting of the Declaration of the Rights of Man and of the Citizen established liberty, property, safety and resistance to oppression as fundamental rights, and declared that all men were born equal. The Declaration of the Rights of Man and of the Citizen spurred strong reactions from intellectuals in Europe. Among them, opposing the direct ideological consequences of the French Revolution, Edmund Burke argued that the Equality of Men concept attributed false rights to its citizens and provided vain expectations to its people. ...read more.

Indeed, Rousseau, along with DR Gregory, have participated and contributed to the subservience of women. As the works of these authors were widely read, they are true glimpses of the 18th century society. To show the geographical extend of the unjust condition of women, this example is one regarding the Islam religion, from the footnotes on page 19: '"'Islam did not allow women to go to heaven and denied them souls'"'. Women were treated unjustly by their male counterparts throughout the globe. This aspect of male authority over women greatly affected them, notably destroying proper maternal instincts, robbing them from the most sincere and enjoyable responsibility in a women"'"s life. The subjection of women to male authority under the marriage contract, led Wollstonecraft to question women"'"s maternity instinct! From their childhood, women were told that obedience and softness of temper were prerequisites to finding a husband (19). Despite changes in the civil society such as the emergence of natural rights, scientific principles and philosophical thoughts, marriage remained, for women, the required path to community acceptance. Therefore, women complied; marriage was for women the only solution to rise in the world (Wollstonecraft 10). ...read more.

Their only request to the King was to give them a chance to emerge from ignorance to be able to give their children a reasonable education and to make them better subjects of his majesty. Education, they argued, would also enlighten them on subjects such as patriotism, sensitivity and etiquette. The deplorable condition of women was cast upon them by men. Unfortunately, women had to addapt to live and therefore subjected themselves to degradations through the pursuit of beauty and innocence. However, as they engaged in this cycle, they became trapped in dependency and had no means to exit. Their only hope, education, was refused to them to perpetuate their dependency and subservience. The condition of women was definetly an international issue in the 18th century. Through A Vindication of the Rights of Women, Wollstonecraft cried for an awakening of women, possible only through education. Finally, this dominating quote from the essay seemed to fit Wollstonecraft"'"s goal: '"'Consequently, the perfection of our nature and capability of happiness, must be estimated by the degree of reason, virtue, and knowledge, that distinguish the individual, and direct the laws which bind society: and that from the exercise of reason, knowledge and virtue naturally flow, is equally undeniable, if mankind be viewed collectively'"' (Wollstonecraft 13). ...read more.