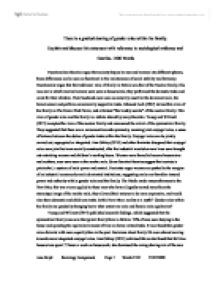 There is a gradual sharing of gender roles within the family.

There is a gradual sharing of gender roles within the family.

Explain and discuss this statement with reference to sociological evidence and theories. 1500 Words