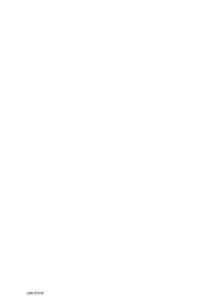 Two concepts of society are functionalism and Marxism.

﻿________________ Compare and contrast either two different theoretical approaches to the study of sociology OR two different methodological approaches used by sociologists Sociologists approach the study of society in different ways. Two concepts of society are functionalism and Marxism. Functionalists believe that different parts of society work together to keep the society running whereas Marxists believe societies are unequal and unfair. Both concepts differ in their views of how society operates for instance a Marxist would claim that there are only 2 classes and it is very hard to progress up a class whereas a functionalist would disagree and claim the harder you work, the more you achieve and the better your social position. Functionalism came from Emile Durkheim. Durkheim focused on the Consensus theory. Functionalists believe that the harder you work, the better standard of living you will have and the higher up the social class system you will go. They disregard any differences there are from person to person. They overlook, race, religion social background, gender and age with the strict understanding that where you reach on the social ladder is entirely dependent on the work and effort you put in. ...read more.

The simplest way to describe the way Marxists view society is that the proletariat work for their money and the bourgeoisie?s money works for them. Although both theories are very different they both see crime as coming from society as a whole rather than from the individual. But whereas functionalists see crime as coming from a breach of the shared norms and values of society, Functionalists would see crime as a good thing because it employs police who make people feel safe and secure. Marxists see crime as a breaking of the rules imposed by a ruling minority, the bourgeoisie. For functionalists laws are created from shared values. For Marxists these laws are not created out of a consensus but by the bourgeoisie to benefit themselves. Functionalists view a lot of the social control agencies, such as the media, religion and the government, as means for a society to bring social order even if the issues involved are somewhat negative. The clearest way of showing this would be media stories on something very negative, functionalists would see this as a good thing because it brings society together and makes everybody feel they are on the ?same page?. ...read more.