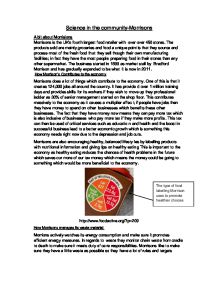 Morrisons is the UK’s fourth largest food retailer with over over 450 stores. The products sold are mainly groceries and food a unique point is that they source and process most of the fresh food that they sell though their own manufacturing facilities; in fact they have the most people preparing food in their stores than any other supermarket. The business started in 1899 as market stall by Bradford Morrison and has gradually expanded to be what it is now in 2011.
How Morrison’s Contributes to the economy

Morrisons does a lot of things which contribute to the economy. One of this is that it creates 124,000 jobs all around the country. It has provided over 1 million training days and provides skills for its workers if they wish to move up they professional ladder as 30% of senior management started on the shop floor. This contributes massively to the economy as it causes a multiplier affect; if people have jobs then they have money to spend on other businesses which benefits these other businesses. The fact that they have money now means they can pay more tax which is also inclusive of businesses who pay more tax if they make more profits. This tax can then be used of critical services such as education and health and the boost in successful business lead to a better economic growth which is something this economy needs right now due to the depression and job cuts.

Morrisons are also encouraging healthy, balanced lifestyles by labelling products with nutritional information and giving tips on healthy eating This is important to the economy as healthy eating reduces the chances of health problems in the future which saves our more of our tax money which means the money could be going to something which would be more beneficial to the economy. 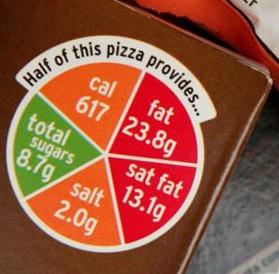 How Morrisons manages its waste material

Morrions actively watches its energy consumption and make sure it promotes efficient energy measures. In regards to waste they monitor chain waste from cradle to death to make sure it meets duty of care responsibilities. Morrisons like to make sure they have a little waste as possible so they have a lot of rules and targets regarding their waste one of them being to  produce zero waste direct to landfill from stores by 2013 and another one being to have 10% package reduction on own brand packaging by 2012. They also have their own bags for life to reduce the need of new plastic bags being used which reduces the amount of plastic bags needed to be made. In fact as a result of this 631 million carrier bags have been saved.

Use of ICT in data management

A lot of ICT is used in Morrisons for all sorts of functions some of them being:

EPOS is a self contained, computerized equipment which undertakes all the task of a store checkout counter. It allows payments by bank and credit cards. It verifies transactions, it can provide sales reports, it coordinates inventory data and performs many other services which were normally provided by employees in the earlier years.

A barcode is a series of vertical bars of varying widths, in which each of the digits zero through nine are represented by a different pattern of bars that can be read by a laser scanner. This is found on every product at morrsion and is what the EPOS scans.

Self-scanning checkout, also known as self checkouts is an automated process that enables shoppers to scan, bag, and pay for their purchases without the need for human assistance.

EFTAPOS allows customers to pay for their shopping using a debit or credit card instead of cash. The money is taken electronically from the customer's bank account and paid to the supermarket's account.

An energy management system (EMS) is a system which uses computer-aided tools to monitor, control, optimize performance and conserve energy around Morrisons.

Demand on transport and communication systems

Morrisons has 455 stores nationwide so deliveries are made all around the UK to these superstores mainly by lorries which travel along all the main motorways such as the A14 and the M11. Lots of key products such as produce are delieved to many different stores everyday so this puts a lot of demand on lorries as the main transport system. Planes and ships are also used for many items brought oversees such as bananas and this too is a regular occurance which put strain on those transport systems.

Morrison also has a lot of demand with communication systems as they use all forms of communications including phones, email and letters which it uses for its customers, suppliers and shareholders. This is because things like shopping can now be done online, or through the phone so there is no need to always go to a store. Shareholders can also be far off making it hard to communicate face to face which is which there is such demand with phones and letters.

Effects on the community and the environment

The main effect Morrisons has had on the economy and the effect they pry themselves one is their encouragement of healthy fresh foods. They promote at 50 fresh foods every week as well as labelling nutritional information and giving information on healthy eating. This has helped to make the community a lot more healthy which leads to less health problems.

Every year they also support a national charity, this year they are supporting Help the Hospices and they managed to raise £3.1 million. The chief executive said “The partnership with Morrisons has been a huge success and we are absolutely delighted to have raised over £1.3 million for hospice care. This is a fantastic achievement and is testament to the dedication of Morrisons colleagues, who have really taken the hospice cause to their hearts.”  Morrisons has also affected the wider community by linking up with one foundation and stocking its products of which 100% of profits go towards building vegetable gardens, sanitation blocks and water pumps in places like Africa and Asia.

Morrisons are very concerned about the environment so to a lot of things to minimise their effect on it. They try to minimise their emissions and carbon footprints and they also recycle as much as they can encouraging their customers to do so also. They are the first supermarket to be awarded the carbon trust standard.

Having finished it yet high but ill finish it by the weekend and reupload it in a workshop lesson if that’s ok.