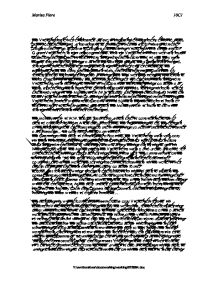 The Victorian era was a tremendously exciting period when many artistic styles, political and religious movements flourished. It was the era of invention and progress and it would prove to progress a lot leaving Victorian life at the end of Queen Victoria's reign unrecognizable. Life in Victorian times was very much based on and steeped in tradition, religion and reason. This is why they were hugely fascinated by things outside the box like ghosts, the supernatural, magic, foreign travel and Arabian nights. Foreign travel was only available to the extremely rich, the army and health services, and Arabian nights was like a fantasy land to them. Reading about things like this was like naughty literature to them, a secret thrill that they shouldn't be reading as it's against there religion. Victorians were starting to think it was possible that other things could be out there, expanding there minds to different possibilities, taking in more ideas and enjoying it. The Monkeys Paw (W.W Jacobs) and The Red Room (H.G Wells) are both Victorian short stories pushing against reason and religion and filling the Victorians minds with endless possibilities. Where The Red Room is more a traditional Victorian gothic ghost story The Monkeys Paw is more to do with foreign travel, different lands and magic. The Monkeys Paw is W.W. Jacobs' most famous story and is considered to be a classic of horror fiction. A tale about morality, the right thing to do, the dangers of the tempting fate and messing around with things you don't understand. ...read more.

He says the paw gives three wishes to three different men and that he and a man before him have both had three wishes each. Mr. White deliberately doesn't ask what Morris' three wishes were but it appears clear they didn't go well and Morris doesn't offer to tell them either seeming anxious as well as nervous at this point. Circumstances soon become sad as he explains the first mans third wish "was for death" exampling the extreme power the paw has as 'hush fell upon the group'. Morris thinks "it has caused enough mischief already" not wanting the responsibility of passing it on to any one else and the whole way through the story he's talking with caution of not wanting them to touch it, he's trying to warn them. "Better let it burn" he says, he'd like to see it destroyed to put and end to it but Mr. White has other ideas "if you don't want it ,Morris give it to me" he says back. Showing true friendship Morris wont, not wanting any blame and trying to protect his friends by keeping them out of harms way but Mr. White cant resist temptation and the excitement of playing with danger, its naughty and he knows it could have consequences but he's on the spot, its a heat of the moment decision let it burn or try it out making the readers are curious to know more about the monkeys paw and what all can it actually do. ...read more.

He says he's "badly hurt but not feeling any pain" building suspension and leaving the readers on the edge of there seats wanting to know what's happened and if he's alright, but sadly he's not. In the consideration of there sons services they receive a 'certain sum' adding the most tension/suspense of all in the story leaving readers shocked as they know what's coming, Mr. Whites lips are dry with the fear building up inside him as he asks the question he doesn't even need to ask, "how much" The manner of speech in the story also creates a lot of tension, fear and suspense for the reader. For example there are parts in the story where there are quick, short dialogues between the characters. This helps to create a lot of tension as not only is the scene tense but also the quick dialogues helps to build up tension of that particular scene. These short quick dialogues help the text to keep flowing making the scene more chaotic and tense. Also during such conversations Jacob has intelligently used simple English, so the reader can digest the text and keep up with the fast pace of the conversation. The best example of such a scene is the conversation between Mr. White and Mrs. White after their son is dead and she wants him to use the paw to bring their son back to life. "The paw!" "The Monkey's paw" "Where? Where is it? What's the matter?" "I want it" ?? ?? ?? ?? Marisa Fiore 10C1 Document1 ...read more.