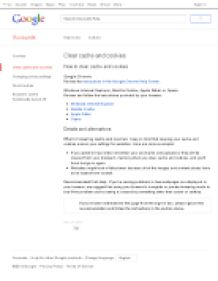 ﻿This document was downloaded from Coursework.Info - The UK's Coursework Database - http://www.coursework.info/ Final Paper Art and Madness The suicides of literary geniuses Sylvia Plath and Sarah Kane have sparked debate and intrigue over the relationship between art and madness. Their connection is complex and unresolved. However, through historical and scientific evidence, greater insight can be gained into Plath and Kane?s suicides. The literary debate over the connection between creativity and insanity is rooted in anecdotes about eccentricities and peculiarities of behavior, found in biographical and historical records. The traditional view comes from ancient Greece, where Socrates and Plato stated that poetic genius was inseparable from madness. Socrates believed the poet has ?no invention in him until he has been inspired and is out of his senses,? and Plato said that the poetry of the sane ?is beaten all hollow by the poetry of madmen? (Hershman and Lieb, Manic Depression and Creativity, 8). Even eighteenth-century rationalists, who honored sanity and intelligence, continued to credit the latter to temporary insanity. The poet Diderot claimed that ?These reserved and melancholy men owe their extraordinary, almost godlike acuteness of insight to a temporary disturbance of their whole mechanism. One may notice how it brings them now to sublime and now to insane thoughts? (Hershman and Lieb, 8). If it is temporary insanity that elicits such insight, then Plath and Kane surely meet the qualification. ...read more.

Persons with emotional disturbances are drawn to the creative arts for complex reasons. Art represents an occupational haven for those who struggle with personal demons. It allows them to contain their troubles through their creative activity. Franz Kafka found his writing to be therapeutic, saying, ?The existence of a writer is truly dependent on his desk. If he wants to escape madness, he really should never leave his desk? (Ludwig, 3). Through the distraction of art, the misery of depression can be reduced (Hershman and Lieb, 15). Vincent Van Gogh similarly believed that dedication and immersion in creative activity would keep him sane, and revealed in a letter to his brother Theo, ?I think this will help cure me? (Hershman and Lieb, 172). In these cases, art serves as a lifeline for the anguished artist by enabling him to organize his emotional chaos, work out personal conflicts, or simply distract him from worrisome concerns (Ludwig, 173). Ludwig found in his extensive study that 13% of mentally disturbed individuals considered creative activity to preserve their mental health, although he suspects that the percentage is much larger in actuality (Ludwig, 173). However, Ludwig?s study also revealed that six percent of creative individuals experienced an increase in mental disturbances due to the creative process. These artists suffered from the act of stirring painful and unresolved feelings for artistic content. Humans have psychological defenses that keep emotional conflicts unconscious so that they are able to endure their daily lives without constant anxiety or distractions. ...read more.

However, much of the Romantic?s feelings of martyrdom come from the paranoia and despair of depression (Hershman and Lieb, 10). Many artists may feel compelled to portray themselves as a mad genius or with eccentricities in order to increase their public appeal. In Cat?s Eye, Margaret Atwood has an artist say, ?If I cut off my ear, would the market value (of my paintings) go up? Better still, stick my head in the oven, blow out my brains. What rich art collectors like to buy, among other things, is a little vicarious craziness? (Ludwig, 6). While suicide may increase fame, Alvarez believes that ?the suicide adds nothing at all to the poetry, so the myth of Sylvia as a passive victim is a total perversion of the woman she was? (Alvarez 55). Similarly, Aleks Sierz, the author of a study of Kane?s works, believes that her death ?threatens once more to obscure her achievement. Examining her work for clues to her mental state tends to limit the interpretation of her work, as does the tendency to sanctify a writer who has died young? (Sierz, 90). Both Sylvia Plath and Sarah Kane sought to release their personal angst through creativity. However, both fell doomed to the demons they could not free through this process. While their mental disturbances provided them with artistic inspiration, they also gave them insight into the human condition that proved to be fatal. ...read more.