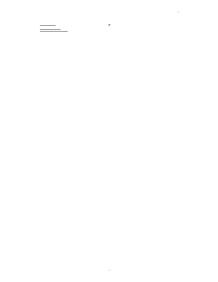 What is the significance of the plays' title? Terence Rattigan's play "The Browning Version" is a modern interpretation of Greek tragedy, 'Agamemnon', written by Aeschylus. Agamemnon is married to Clytemenstra and she is having an affair with another man . Agamemnon is murdered by his wife, aided by her lover. This is plot in the 'Agamemnon' is similar to "The Browining Version" because Andrew Crocker-Harris, "has no soul", due to his wife's search5 elsewhere for s****l love, and in a harsh, coldblooded way, constantly attacks her husband. Browning's translation of this play is a literal translation without any emotion or passion. Critics believe the reason for this emotionless play written in verse is due to the loss of his beloved wife Elizabeth. It is said the couple had eloped as their mariage had been forbidden. They went to Italy and remained firmly in love until parted by death. Critics claim that his version of the play, Agamemnon was a response after to his own loss of love. His translation was cold and unfeeling, due to the loss of his true love. ...read more.

When Frank say's 'she's out to kill you', Crocker- Harris replies 'if that was indeed her purpose, you should know by now that she fulfilled it long ago'. When Crocker- Harris finishes his sentence, the audience sympathize for Crocker- Harris as his own wife has betrayed and killed his 'soul'. Millie also identifies Crocker- Harris is dead of emotion because she says to frank; 'you can't hurt Andrew. He's dead'. This is important as it suggests that she knows Crocker-Harris is dead due to her wrongdoings but doesn't seem to care that it has led him to feel dead Taplow, a young student 'rather likes Andrew' but comments on his lack of emotions, 'He's all shrivelled up inside like a nut and he seems to hate people to like him'. This show's Crocker- Harris has no emotion and prefers to be hated than loved. This is due to his 'death', as he now has an extreme precision of word and manner. Crocker- Harris loses his popularity amongst the staff at the school; due to his lack of humour and stoical character. ...read more.

When Andrew translates the quote 'God looks graciously upon a gentle master' he shows the audience a 'sign of weakness' as he breaks down. The book carried a quote, which plays a role in Andrew's re-awakening. The quote written inside the book makes Andrew cry because it was the first genuine and kind gesture Andrew had seen in a long time. The language used, 'delightful' makes Andrew break into tears. To conclude, the title of the play 'The Browning Version' is very significant, because it associates with Robert Browning's translation of the 'Agamemnon'. Throughout the play, Andrew slowly begins to revive from the 'dead corpse' he was originally. Andrew's emotions that had been hidden become much more visible towards the end of the play. Whereas, in the Greek tragedy, 'Agamemnon' it concludes with a climax of a dead hero, Whereas, 'The Browning Version' terminates with the main character re-awakening and becoming a new person, this is shown when he says 'I shall be staying here until I got to Dorset' this shows that Andrew has made a decision about their relationship and has been able to accept that his relationship with Millie is a failure and will now continue life as a single man. Sairekha Ragavan 11SF English coursework- The Browning Version by Terence Rattigan ...read more.