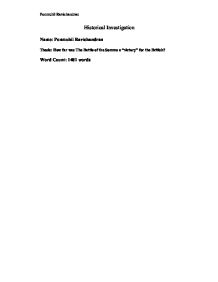 How far was The Battle of the Somme a

The value of the book is that it is suitable for students up to 16 years old and the purpose states that this book is useful for further study and project work. As I am working on an investigation, I think that this book is ideal for me. This book also contains a lot photographs and some sources, which help us to understand better. The limitation of this source is that in some areas, there is information about the fighting which goes really in-depth. This is sometimes time consuming and hard to scan the relevant data. The other source that I chose to study was the book, The Western Front written by Richard Holmes. Holmes was a Reserve Infantry Officer for over thirty years (with a period of full-time service as a Lieutenant Colonel). He is currently director of Reserve Forces and Cadets in Britain's Ministry of Defense. The purpose of this book is to let people know everything of what happened in The Western Front in the First World War. This covers everything from how the front was created and the British Army in France, to the battle of Verdun and the last Hundred Days of the war. This source has such a great value. ...read more.