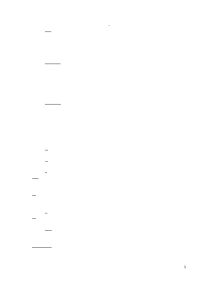 The first story to be discussed is called &quot;The Secret Life of Walter Mitty&quot; written by James Thurber in 1942.

English Essay Compare these stories, examining how the writers convey the theme of escapism. Consider why this them might appeal to readers at the time of the writing. The first story to be discussed is called "The Secret Life of Walter Mitty" written by James Thurber in 1942. This story is set in America in the 1940's around the time of the Second World War. The story follows the life of an American couple, Walter Mitty, who frequently slips in and out of a fantasy world, and his wife. Walter's pastimes and interests consist of his fantasies. He is interested in the excitement that is usually found in movies. The second story "The Poor Relation's Story" was written by Charles Dickens in 1852. The story was set at Christmas time with a family having gathered for Christmas dinner. Stories were told around the fire. The first story was told by Michael, the 'poor relation'. He slips into a fantasy world a few times in the process of telling his story, Michael's pastimes include walks in the parks and admiring monuments, this was often in the company of 'Little Frank'. It would seem to me that Walter Mitty is of similar age to Michael, who we are told is 59. ...read more.

One moment it is his real life and then in an instant he jumps to a fantasy. In the secret life of Walter Mitty his fantasy is introduced instantly. The first sentence makes a great impact on the reader. "'We're going through!' the Commander's voice was like thin ice breaking." The reader may be confused as to whether this first fantasy is a memory or a fantasy. This confusion is resolved when his wife mentions that he should see a doctor! The way in which the reader is able to understand the separation of fantasy and real life is by the use of paragraphs, which serve to separate the fantasy life from the real life. A Poor Relation's story is very confusing. The stories he tells are different to those in Walter Mitty's life. For example, Walter Mitty fantasises about dramatic events, whereas Michael fantasises about things that went wrong in his life and how he would have wanted them changed. It is confusing when Michael contradicts himself. For example, the reader may be confused in the beginning of the 11th paragraph on line 108. "This is not my life, and these are not my habits. I do not even live in Clapham road." ...read more.

For example, Michaels fantasies were those attributes that any other man would have wanted at that time, e.g. wealth, marriage, and career. Those fantasies would not be appreciated at this time because people take those qualities for granted. The story of Walter Mitty was not shaped by the time it was written. This can be seen by the way that his fantasies could have been thought of by anyone, at any time. Both writers use the main character in the story to convey the theme of escapism. This is conveyed in "The Secret life of Walter Mitty" by the use of Walter Mitty's fantasies. He fantasies explore a wide range of topics. This is unlike that in "A Poor Relations Story". Charles Dickens conveys the escapism theme through the stories told by Michael. I prefer "The Secret Life of Walter Mitty". The reason for this is that it is funnier and it is less confusing. The story can be easily interpreted and understood. I like the role of the wife in this story she reminds me of Hyacinth Bouquet from Keeping up Appearances. This story can easily be related to. Everybody knows of people similar to the characters. The story also has a lot more action in it. For this reason I think it would make a good movie as well. The switching from scene to scene would hold the viewer's attention. 6 2 ...read more.