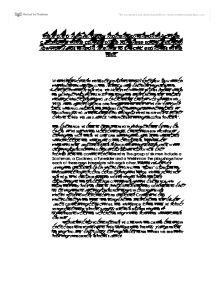 The long the short and the tall

There are a number of key moments of tension in Act one culminating in the capture of the Japanese soldier. Explain how Hall builds tension, referring to specific examples in the text. Willis hall was born in Leeds on April 6th 1929 and grew up with an intimate knowledge of the North Country and working class life. Hall did military service in Malaysia which is presumably where he gained inspiration for 'The long, the short and the tall.' The play itself gained a prestigious award shortly after it was written in 1958. Although at a glance one might think that it is an 'anti war' play, when you explore the themes and feelings behind the play it becomes obvious that Hall had no strong opinions on war; but did aim to raise issues such as: 'when does killing become murder?'. ...read more.

Contrast is also indicated in the title 'The Long and the Short and the Tall' as Hall used 3 contrasting adjectives. The influence for the title is from a song called 'Bless 'em all', sung by soldiers expressing their bitterness towards the war and being in the front line whilst others are not. Bamforth (a typical Londoner) is often in the centre attention and causes tension levels to rise between the men by just generally being 'mouthy' and 'cocky' during already tense times we see him making unnecessary remarks such as 'Get back to Wales, you Cardiff creep. Only good for digging coal and singing hymns, your crummy lot' I think the audience would find Bamforth quite amusing however some may find him offensive. On balance I think a majority would look at it in a light hearted manor despite his rudeness. ...read more.

This single action shows the bond between the Bamforth and the 'j*p' Although the prisoner is the enemy we see Bamforth stand up to Jonstone and defend him. At the end of Act One there is an even bigger climax. Whitaker (the radio controller) tries to contact the base but instead hears the voice of a Japanese radio operator who continues to say 'Johnnee! ....Johnnee! ... British Johnnee! We-you-come- to get-... we-you-come-to-get' .... "The curtain falls" Overall I think Willis Hall successfully captures the tension and the dilemmas of a war situation well. I believe the play was designed to show that humans are not made to kill. And even in the most unlikely people you can find emotions you wouldn't initially expect such as: compassion guilt and love. I think in the end of the play we, the audience begin to emphasize with Bamforth and almost 'feel for him'. I believe this is what makes it a good play. The ability to evoke emotion within the audience is a very valuable skill to have. ...read more.