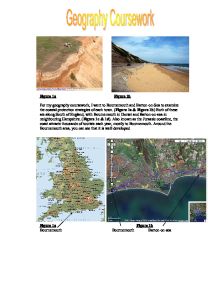 Figure 1a Figure 1b For my geography coursework, I went to Bournemouth and Barton-on-Sea to examine the coastal protection strategies of each town. (Figure 1a & Figure 1b) Both of these are along South of England, with Bournemouth in Dorset and Barton-on-sea in neighbouring Hampshire. (Figure 1c & 1d). Also known as the Jurassic coastline, the coast attracts thousands of tourists each year, mostly to Bournemouth. Around the Bournemouth area, you can see that it is well developed Figure 1a Figure 1b Bournemouth Bournemouth Barton-on-sea The coastal defence strategies are both very different. Bournemouth choose to use a hard engineering strategy of wooden groynes and a soft one in the case of beach nourishment, whilst Barton-on-sea have decided upon cheaper alternatives, rock armour and rock groynes. But, regardless of how much money Hampshire council pour into coastal defence the cliffs at Barton is being eroded away. This is all because of the coastal management down-coast at Bournemouth. Bournemouth receives a huge amount of its turnover via tourism because most tourists come to visit the beach. Due to longshore drift, the beach sediment is being carried up coast to feed Barton on sea. But, as I said earlier, Bournemouth use groynes which traps the beach sediment, thus starving beaches up coast of vital sediment and unleashes the power of the waves directly at the cliffs. ...read more.

Cost - est. at �200,000 per groyne Beach Nourishment Beach nourishment or replenishment is one of the most popular soft engineering techniques of coastal defence management schemes. This involves importing alien sand of the beach and piling it on top of the existing sand, the imported sand must be of a similar quality to the existing beach material so it can integrate with the natural processes occurring there, without causing any adverse effects. Beach nourishment can be used along side the groyne schemes. The scheme requires constant maintenance: 1 to 10 year life before first major recharge. The limitations of beach nourishment are the re-application because it is reclaimed by the sea via longshore drift. Cost - est. �5,000-�200,000 per square100m, plus control structures, ongoing management and minor works. Rock Armour And Sea Walls The main difference between rock armour and seawalls is that rock armour is permeable. It is this permeability that allows it to dissipate the energy of storm waves and prevent erosion. A similar effect may be created through the use of precast concrete units that are designed to be permeable. Cost - High, but with relatively low maintenance (�100,000-�300,000/100m length) Section 2:Methodology Technique Data Collected Method Limitations Cost Benefit Analysis Cost = �250,000 House Prices = �200,000 - �400,000 We used a Cost Benefit Analysis sheet Results could differ depending of different individuals Environmental Impact Assessment Bournemouth Net Score = +34 Barton On Sea ...read more.

2). Why Do Bournemouth And Barton-on-Sea have different forms of coastal defence? Bournemouth's method is superior to Barton's because of the financial gap between the two areas. Also because the need the defence for different reasons i.e. Barton for defending its cliffs and Bournemouth for protecting its beach. 3). Is the current coastal management sustainable? In Bournemouth yes, because the current strategies are working very well and they are investing in new defences i.e. The underwater artificial reef at Boscombe. In Barton no, because the current strategies there are failing fast. Lots more land sliding have caused some areas of the Barton coastal path to be closed off to the public.. 4). In what ways are Barton-on-Sea disadvantaged in tourism due to Bournemouth's 'collection' of beach sediment? Due to the coastal erosion, Barton's only strong point, its beach, is a sorry-looking sight. The beach is almost non-existent with the cliff slumping reveals rough, dirty cliffs. The aesthetic value is very low and this lets down the town as it calls itself a 'seaside resort'. Evaluation Bournemouth is thriving from its trapped beach nourishment. Its full beach attracting hundreds of thousands of people all year round to its area, boosting the local economy. Barton-on-Sea on the other hand is trapped in a vicious circle. How ever much they spend on coastal protection they will still lose there cliffs through the lack of beach nourishment. Bournemouth has a huge upper hand over Barton and will always 'call the shots' due to its coastal defence strategies. ...read more.