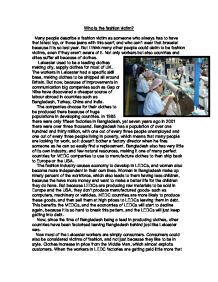 In the clothes making industry, who is really the fashion victim?

Who is the fashion victim?

Many people describe a fashion victim as someone who always has to have that latest top, or those jeans with this scarf, and who can’t wear that bracelet because it is so last year. But I think many other people could claim to be fashion victims, even if they aren’t aware of it. Not only workers but also countries and cities suffer all because of clothes. 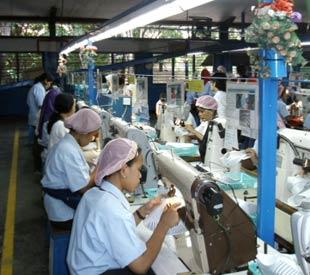 Leicester used to be a leading clothes making city, supply clothes for most of UK. The workers in Leicester had a specific skill base, making clothes to be shipped all around Britain. But now, because of improvements in communication big companies such as Gap or Nike have discovered a cheaper source of labour abroad in countries such as Bangladesh, Turkey, China and India.

The companies choose for their clothes to be produced there because of huge populations in developing countries. In 1985 there were only fifteen factories in Bangladesh, yet seven years ago in 2001 there were over three thousand. Bangladesh has a population of over one hundred and thirty million, with one out of every three people unemployed and one out of every three people living in poverty, which means that many people are looking for work, so it doesn’t bother a factory director when he fires someone as he can so easily find a replacement. Bangladesh also has very little of its own industry, and few natural resources, making it one of many perfect countries for MEDC companies to use to manufacture clothes to then ship back to Europe or the USA.

The fashion industry causes economy to develop in LEDCs, and women also become more independent in their own lives. Women in Bangladesh make up ninety percent of the workforce, which also leads to them having less children, because the have more money and want to make a better life for the children they do have. But because LEDCs are producing raw materials to be sold in Europe and the USA, they don’t produce manufactured goods- such as computers, machinery or vehicles. MEDC countries are more likely to produce these goods, and then sell them at high prices to LEDCs leaving them in debt. This benefits the MEDCs, and the economies of LEDCs will start to decline again, because it is so hard to break this pattern, and the LEDCs will just keep getting into debt.

Now, since the time of Bangladesh being a lead in producing clothes, other countries have been factorised leaving Bangladesh behind just like Leicester was.

Now most of the Leicester workers are simply consumers. Consumers could also be considered victims of fashion, and not just because they like to be in style. Clothes increase in price from the Middle Man, which almost exploits customers. When the workers in LEDC factories are getting paid little more that $6 a week which is not taking into consideration the money docked for mistakes made, and clothes then being sold $30 a piece, surely  the workers are not the only victims? The reason this is done is to make more profit for the company, which goes no where near the labourer’s pockets. 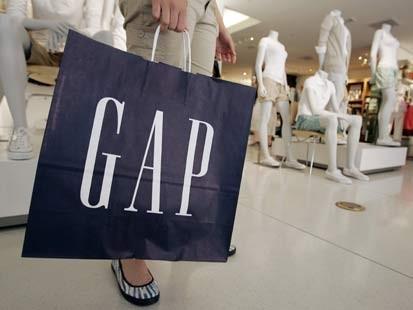 False advertising also leads to exploitation of customers rights. Gap, Nike and other companies claim to be ‘child labour free’ and have ‘no sweatshop’ labels, oblivious to the fact that actually in some of their factories, children under fifteen are working away from their parents, often for twelve hour days.

Gap and Nike then must spend time dealing with the issues of this, but I don’t think that they are fashion victims because, being leaders in the fashion industry, I think it’s their jobs to clamp down on conditions in factories that MEDC workers would refuse to work in, for pay that in the UK would cause a strike. Consumers are becoming more aware of the issues of child labour, and are also not only looking at the cheapest clothes, but also at the most ethical and I think Gap and Nike need to work with this to sell more ethical clothes. 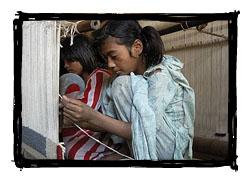 The multi-billion dollar global fashion company Gap admitted in May, 2007, that it may have unknowingly used child labour in the production of a line of children's clothing in India, and although it is Gap’s factory, impoverished parents are tricked into selling their children for a few dollars with the empty promise that they will be well cared for and will send back their wages. This doesn’t mean Gap is a fashion victim- it’s the children here that are the victims.

According to the International Labour Organization, there are over two hundred and fifteen million children working as child labourers world wide. Not just in fashion, but in other industries too.

In conclusion, I think there are more victims of fashion than people realise. All of the above suffer in some way because of fashion, or because of conditions of making the fashion, or even because they used to be the ones that made the fashion, but the fashion has moved on, and another country makes it now. I think that the biggest victims of fashion are the countries left behind. Consumers are always looking for the cheapest labourer, and if that means moving from Pakistan to Bangladesh, then so be it, even if the fashion industry declines in Pakistan, and the economy declines, and development declines because jobs for women have almost disappeared again. And in Leicester, those people aren’t starving, but they are probably not rolling in the money either. I don’t think the fashion industry takes any prisoners, and although consumers are becoming more ethical, I think it will be a long time before any really stop and think about what the people left behind will do, if they change which country they want to produce their clothes. Our clothes.