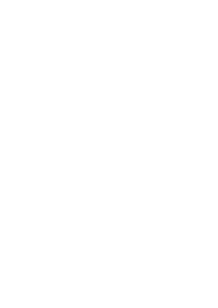 Relation of Peoples Lifestyle and the Climate. Case Study of India.

﻿________________ Climate Change Relation of People?s Lifestyle and the Climate Words -2500-2600 Introduction Climate change is the change in the weather looked at it over a long period of time. There are two factors causing it- natural and man-made. Natural, we cannot stop it from happening but man-made is something to look upon. People are not aware that their day-to-day life has a severe impact on the environment. The biodiversity also has been adversely affected. A large amount of GHGs (Green House Gases which are the main causes of global warming) is produced by humans. Already evidences like: Increase in temperature- Has increased about 0.3-0.6oC Increase in sea level- Has increased by 17 cm in the last century. Increased temperature melts ice. Already many species have been threatened. Source-http://today.lbl.gov/wordpress/wp-content/uploads/BLISS1.jpg These show that climate change is occurring which may result with severe consequences. Now I am going to present how people?s lifestyle may affect the climate. Usage of coal for electricity production China is the largest user of coal for the production of electricity. About 81% is produced from coal. One ton of coal produces about 2.86 tons of CO2. It means it produces about 2984000000 tons CO2 every year. According to the World Bank report the per capita consumption of energy was 2631.40 while for Ghana it was less than 300kwh in 2009. This is likely to even increase because the population as well as the industries are increasing. ...read more.

Nuclear is an option but again after the incident in the Fukushima nuclear plant one might have to think again. Industries also might face a great challenge regarding energy which might cut their production. If the government has to take care for all what might happen then development might not take place which is very critical for a developing country. They will have to subsidize the prices, feed the victims of disasters which might take place, import goods from foreign country, etc. So it might severely affect the economic growth of the country. The government is well aware of the consequences mentioned above. I believe ?Prevention is better than cure? in the same way the Indian government is taking action to reduce the effects. Some of it are mentioned below. 1. Current electricity production from nuclear is 4780W. The government is planning to increase the power output to 63000W by 2032. By 2050 it will produce about 25% of the total production. 2. India announced ?clean energy tax? on coal and ?tax breaks? for the import of equipment for renewable energy production. These both raise fund for investing in non-renewable energy. 3. According to UN, India is adding about 300000 hectares of tree every year. This will help as trees take in CO2. But the government alone cannot reduce the effects of climate change. People?s lifestyle has a great effect towards climate. ...read more.

Scarcity of food (especially rice which is common in Nepal and requires a lot of water) and fresh water might have a great effect because we cannot live eating burgers and pizzas all along. Floods and uncertain precipitation could mean that my family has to migrate somewhere else! These are just educational guesses based on the evidences we have. These are very uncertain because no one can predict the future. If it was like this than it is predicted that the world is going to end in December 21st 2012 and we wouldn?t have to worry about climate change. What can me and my family do? 1. Control my non-vegetarian diet plan. 2. Not to waste energy and paper even if they are renewable. 3. Buy energy rated products. 4. Use vehicles as seldom as possible. 5. Plant a tree as I have never done it. 6. Correct if someone is making a mistake What can India and its people do? 1. Farmers must control the use of fertilizers. 2. The country can invest in non-polluting power sources. 3. Encourage people to energy efficient vehicles. 4. Organize campaigns all over the country to spread the word. What can the world together do? 1. Companies all over the world can try to make energy efficient machines. 2. Any given country must not only invest in their own country but invest in other countries which are considered poor. 3. Countries can invest in researches like fuels with less emission and many more which could be economically possible. 4. Make sure that everybody is making their personal contribution. ...read more.