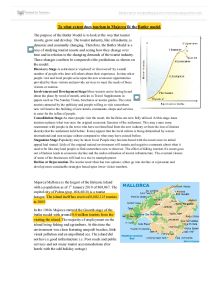 To what extent does tourism in Majorca fit the Butler model 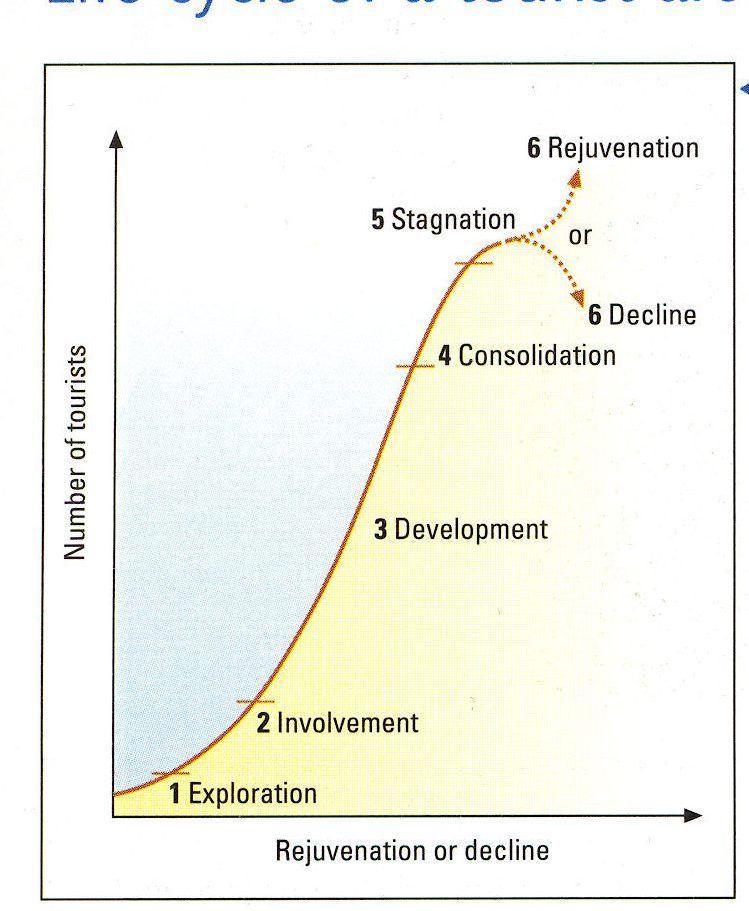 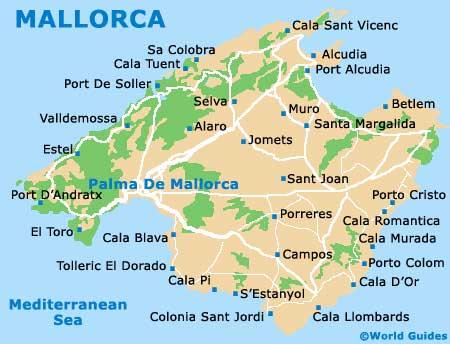 In the 1960s Majorca entered the Growth stage of the butler model with around 0.4 million tourists from the visiting the island. The majority of employment on the island being fishing and agriculture. At this time the environment was clean featuring unspoilt beaches, little visual pollution and an unpolluted sea. The island did not have a good infrastructure i.e. Poor roads and public services and not many tourist accommodations (few hotels with the odd holiday cottage)

The Involvement and Development stages arrived in the 1970s, there was a rapid increase in tourism which was encouraged by the government with 3 million tourists from the arriving on the island. Package holidays were introduced making the trip cheaper. Employment shifted from Agriculture to Development related work i.e. Construction work, jobs in hotels, cafes and shops. This led to large hotels, apartment blocks and villas which were constructed without proper planning. This led to some road improvements, but severe congestion. Farmland was built upon and animals removed from their natural habitats as well as the pollution of the beaches and ocean.

In the 1980s Majorca hit the Consolidation stage of the butler model. The tourist numbers skyrockets to 7.5 million over extending resources like water which now has to be imported. Up to 70% of the populace works in the tourist industry. Congestion builds further as crime and litter increases. There are now so many hotels they block out the mountains. Culture and even more farmland lost. Tourism almost complete taking up the economy and locals are growing resentful of the tourists.

The Stagnation stage began in the 1990s with 7 million tourist visiting. Tourism begins to decline, global recession preventing people going to the island due to budget. Unemployment rates above 30% as tourism declines. Older hotels begin to look rundown and only high-class hotels get approval to be built. Bars and cafes close due to lack of patronage, and a new airport terminal is built to allow easier access to the island. Beginnings of attempts to clean up beaches and sea, new public parks, gardens and nature reserves opened to try to attract some eco-tourists.

If the trend of the 90s had continued I would expect Majorca to be struggling at the present day. Calvia, a community in the south of Majorca, has created ‘Calvia: local agenda 21’ which is a sustainable strategy for tourism. The agenda seeks to: preserve cultural and natural heritage, to improve public transport, improve the quality of live for Mallorcans and the sustainable management of resources. It does this by encouraging eco and agro-tourism in Majorca. Agro-tourism-The concept of agro-tourism is a direct expansion of ecotourism, which encourages visitors to experience agricultural life at first hand.

I believe that if the rest of Majorca follows Calvias’s

The author has outlined the features of the model and has explained how Majorca appears to fit it very well. What they have not done is consider any evidence that suggests Majorca does not fit the model (which the question suggests). The answer could also have been improved by including a graph to show tourism numbers in Majorca since the 1960s, to illustrate its similarities to the model.