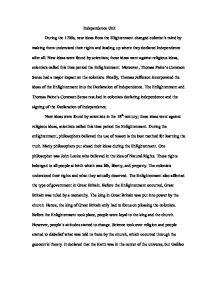 Many of the ideas that were introduced during the Enlightenment were incorporated into the Declaration of Independence. These ideas changed colonists attitudes towards Great Britain in an opposing way.