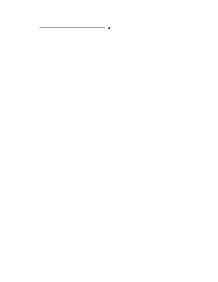 The depression in Britain in the early 1930's

Describe the affects of The depression in Britain in the early 1930's At the beginning of the 1930's just like America Britain had a major depression which affected almost everyone and everything in the country. But some people were affected worse than others depending on what industry they worked in. In most cases people who worked in the old industries were affected worst because the old industries like Shipbuilding, Textiles, Coal mining and Steel making suffered survirly. Ship building in particular was hit because if no one wanted to buy or sell goods abroad then ships had very little use so few new ones were made and so lots of people lost jobs. This then affected the steel industry because if there wereno ship to build then there was very little use for steel and so less steel was made and even more workers lost their jobs. ...read more.

Because of the depression people decided to save there money instead of spend it incase they became unemployed they had something to bounce back on. But as a result of this more people lost there jobs because if nobody bought anything then there was no point in making anything. Not all people lost there jobs in the depression, new industry like car making etc were not badly affected so these people in these areas were better off. Middle class people could do things they could never afford before because prices of everything had dropped so that people would spend there money. So some areas were affected worse than others these were areas of old industry that were badly hit which were areas like Jarrow and Cardiff. These areas were all in the coal, steel and ship building areas. There were areas in Britain called special areas which were mainly small isolated villages and towns that few people new about like Merthyr, Tydfil and Mayport. ...read more.

Woman suffered worst of all, they were paid less if they worked and were not counted in for national insurance for unemployment. National insurance only covered the workers and not the woman and children so they did not get free medical help etc. Also when woman went into labour they got no help from doctors, they had to go to a maternity home but had to pay for it so if they didn't have the money then they were on there own. Also another major problem was housing, in parts of London there was three to four families living in a house and stayed all in one room. Large houses were full of families and there were no toilets or sinks and people had to cook on an open fire. Also the people were accompanied by rats and a quarter of a million people were living below the poverty line. So the depression had a tragic affect on a lot of people in Britain and their lively hood. By Sam Lee ...read more.