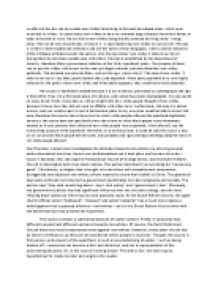 Using sources, who or what was most responsible for the ending of Apartheid?

Transfer-Encoding: chunked ﻿An effect of the law was to exclude non-Whites from living in the most developed areas, which were restricted to Whites. It caused many non-Whites to have to commute large distances from their homes in order to be able to work. The law led to non-Whites being forcibly removed for living in the "wrong" areas. This can be seen in particular, in Source 2 ? a sign disallowing non-whites to a picnic site. The sign is written in both English and Afrikaners and not the native African languages, which could be indicative of the Afrikaans attitude towards the natives. Also the sign states ?non-whites 3 miles lower down?, forcing them to not share a public area with others. The sign is established by the Department of Forestry, therefore likely a government initiative of the ?Petty Apartheid? policy. The purpose of these was to provide whites with access to the most privileged suburbs, and disenfranchise non-whites politically. This included everyday facilities, such as this sign: ?picnic site[s]?. The area of non-whites ?3 miles lower down? was likely poorly looked after, and degraded. These petty apartheid laws were highly enforced by the police whom were white, and if the blacks opposed, they would be severely attacked. The source is indefinitely reliable because it is raw evidence, presented as a photograph; the sign is from 1950. Thus, it is a first-hand piece of evidence, and cannot have been manipulated. It is also useful on many levels: firstly, it provides us with an insight into how white people thought of non-whites, because it shows how they did not want to affiliate with other races. Furthermore, this area is a nature reserve, and you would expect in such a harmonious place to say, everyone would be able to access this area; therefore this source shows the extent to which white people enforced the apartheid legislation. However, the source does not specifically show the extent to which black people were inhumanely treated, as it only presents that white and non-white people were separated, which after all, was the overarching purpose of the apartheid. ...read more.

Source B6 is an article found in the Times Magazines, with former SA president F.W. de Klerk ? once Nelson Mandela?s enemy - endorsing Mandela as one of the twentieth century?s major figures, in 2005. F.W de Klerk denounces that Mandela was a fundamental cog playing a ?decisive role? to bringing about harmony between all races in South Africa, in spite of the fact that F.W de Klerk was in favour of Apartheid. The content inferences Mandela as achieving the impossible, as initially the text begins saying it was ?unlikely? that races would unite, and Mandela achieved it, despite being sentenced for life in prison. One particular questionable aspect of the text, is that though F.W. de Klerk presents his deepest gratification to Mandela, it could be questioned that this is only being said to reflect positively on himself, otherwise he may be ridiculed for not showing respect. As a past enemy, his outward views would have to change in order to reflect well on himself, and avoid having a bad legacy or name for himself. However, important figure heads have gained Mandela?s attention, showing that Mandela has obviously done major achievements in order to get such accreditations. Furthermore, the article being printed in the ?Times Magazine? a very populous and well established magazine portrays how important and well respected he is in comparison to other people who helped stop the Apartheid. Many feel that F.W. De Klerk was a major instigator towards the ending of the Apartheid. Source B9 states the main actions to get rid of the ?main props of the racist Apartheid?, including removing the ban on the ANC movement, and freeing Mandela from his life sentence in prison. Therefore many people believe the ending of Apartheid was a combination of F.W. De Klerk and Mandela, otherwise Mandela would not have been able to carry out his actions without being released from prison. ...read more.

Therefore, it provides me an opportunity to configure my own opinion and interpretation. Finally, it was written in hindsight, allowing for the historian to acquire and collate a myriad of resources to accurately configure a reliable source. The source is useful, as it insinuates that white people wanted to warrant their actions by blaming black people ? therefore justify their irrational prejudice. A7 is also accurate and reliable, because there is no plausible reason for the government to interfere with the statistics, as the statistics aren?t meant to be propaganda, or otherwise convincing. The statistics would be rendered useless if altered, and therefore are almost definitely factual. The statistics are useful to visualise and quantify the extent of the social gap between black and white peoples, and therefore conclude that black people were unjustly discriminated. CONCLUSION SOURCES B Sources B all provide varying perspectives of whom was most responsible for the deconstruction of the Apartheid, and I feel they all show pragmatic and insightful reasoning. However, to be the most useful and reliable, the sources must not be influenced by external factors. For example, the autobiography would have been influenced by the fact Nelson Mandela was standing for candidacy, and would want to appease his audience. Likewise, Source B5 is an interview, presented on the day of Mandela?s 90th birthday, and therefore it would only be respectful to provide compliments. The most plausible source in my opinion for convincing me of the main instigator to end apartheid would be Sources B2 and B9. B2 demonstrates the extent of Nelson Mandela?s support, and how extensive his trust lies in the desperation of South Africa. The photograph is also indisputable, as it is provided as photographic evidence. B9 is also very reliable because it is found in a history book and therefore would be surely factual, as the author would be well researched and knowledgeable in the subject. ...read more.