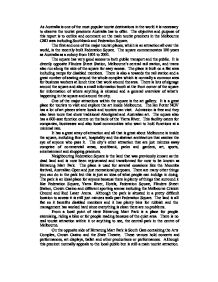 As Australia is one of the most popular tourist destinations in the world it is necessary to observe the tourist precincts Australia has to offer.

As Australia is one of the most popular tourist destinations in the world it is necessary to observe the tourist precincts Australia has to offer.  The objective and purpose of this report is to outline and comment on the main tourist precincts in the Melbourne CBD area including Southbank and Federation Square.

The first and one of the major tourist places, which is an attraction all over the world, is the recently built Federation Square.  The square commemorates 100 years as Australia as a colony from 1901 to 2001.

The square has very good access to both public transport and the public.  It is directly opposite Flinders Street Station, Melbourne’s central rail station, and trams also run along the side of the square for easy access.  The place is built on a flat area including ramps for disabled members.  There is also a towards the rail station and a

Neighbouring Federation Square is the land that was previously known as the dead land and is now been rejuvenated and transformed for now to be known as Birrarung Marr Park.  The place is used for several occasions like the Moomba festival, Australian Open and just recreational purposes.  There are many other things you can do in the park but this is just an idea of what people can indulge in doing.  The park is an ideal place for anyone because there is plenty of things that surround it like Federation Square, Yarra River, Hotels, Federation Square, Flinders Street Station, Crown Casino and different sporting arenas including the Melbourne Cricket Ground and Rod Laver Arena.  Although the park is situated in a pretty difficult location to access it is still just minutes walk past Federation Square.  The land is all flat so it benefits disabled members and it

y beside all this entertainment.  There are cruise ships that pass on

their ways to Williamstown and other destinations.  It is also minutes walk away from Flinders Street Station and tram stops which sit beside Crown.

Inside the Casino is a great number of entertainment places which include, gambling, restaurants, shopping, cafés, hotels and also a cinema.

Overall, all these precincts are just minutes away from each other and are all attached in some way or form.  They offer many choices that you can do when anyone visits Melbourne.  Being in the centre of the city there is a convenient transport like taxis and trams that means there is no possible way of getting lost.  These places cater for tourists and public and sorts all ages of people. 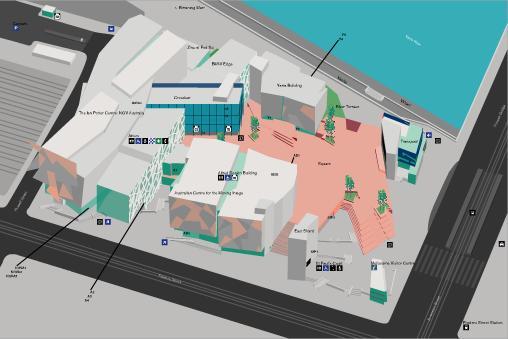 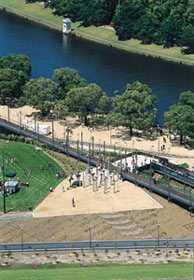 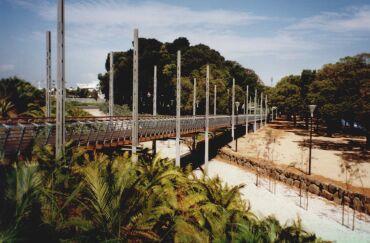 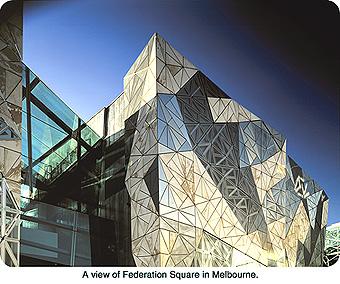