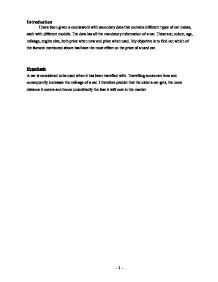 I have been given a coursework with secondary data that contains different types of car makes, each with different models. The data has all the mandatory information of a car. These are; colour, age, mileage, engine size, both price when new and price when used. My objective is to find out which of the factor/s mentioned above has/have the most effect on the price of a used car.

A car is considered to be used when it has been travelled with. Travelling consumes time and consequently increases the mileage of a car. I therefore predict that the older a car gets, the more distance it covers and hence undoubtedly the less it will cost in the market.

I am going to carry out an investigation applying all my mathematical and general knowledge to analyze and find out the factor/s affecting the price of a second hand car. Since the data I have is of two types i.e. Qualitative data (involves names and words e.g. black, blue, yes and no) and Quantitative data (involves numbers and figures), this makes it very complex to work on. I will refine my data so that I will work on only the major factors, which affect most and then later on I will break them further into small bits so that I will remain with a maximum of two factors. The reason for doing this is because some of the information contained in the data is hardly of any use to help me complete my objective e.g. air condition and gearbox. With factors like these, the range difference between two different makes is very small such that it has barely any effect on the price of a use car.

Equations For the curve: 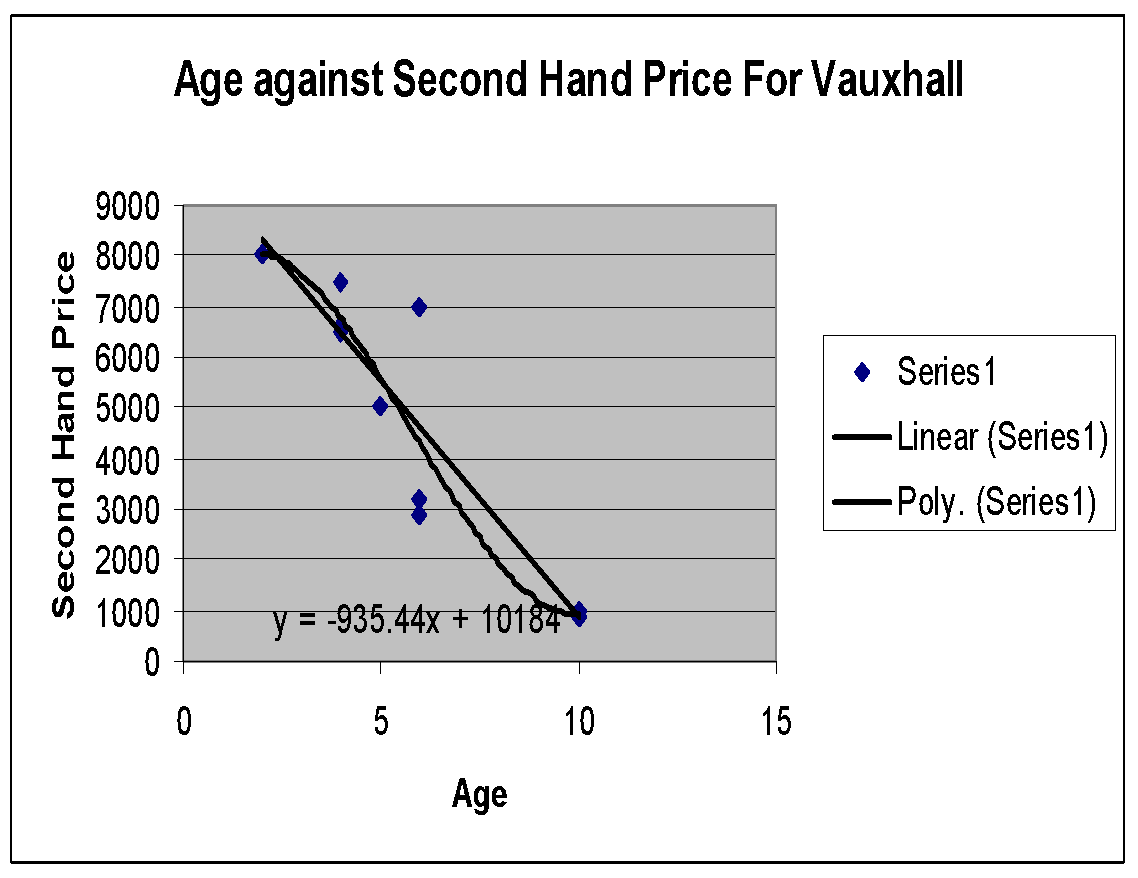 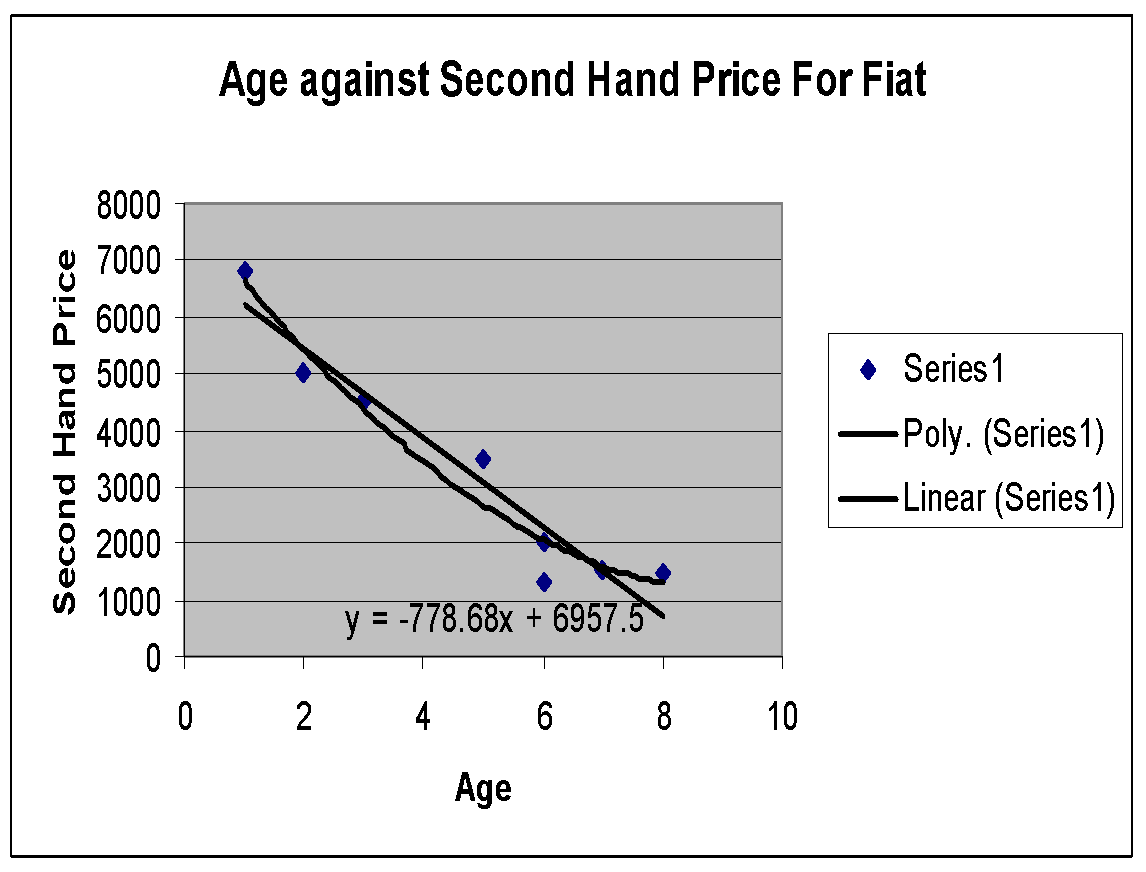 However there is one anomaly in Vauxhall circled blue. This car seems to be old but yet its second hand price is still high. There I reckon there’s a factor, which is causing this result. This car is exactly the same one as the one on the previous graphs showing the relation between mileage and second hand price. This car is an exceptional because not only is it old but also it has a high mileage. The thing that’s still making it maintain it high value is the engine size of 2.0.

Coefficient of correlation between second hand price and Age is: r = - 0.948

Coefficient of correlation between second hand price and Engine size is:  r = 0.338

Coefficient of correlation between second hand price and Mileage is:  r = -0.620

The same thing is happening again, correlation between age and second hand price seems to be stronger than the other two. I can predict that it would be the same with fiat. I am going to carry out the calculations to prove this.

Coefficient of correlation between second hand price and Age is: r = -0.957

Coefficient of correlation between second hand price and Engine size is:  r = -0.003

Coefficient of correlation between second hand price and Mileage is:  r = -0.712

I was right, age has the most effect on the second hand price and it’s followed by mileage.

Note that r engine size is negative, this implies that as the engine size increases, the price decreases which is not quite true. I came across the same thing previously and I explained that it was an exceptional.

I experienced a bit of difficulties doing this coursework, this is mainly because of the following:

This brings me to my conclusion, as I mentioned in my hypothesis that age would be the dominant factor that affects the second hand price the most followed by the mileage. I used all my mathematical and statistical knowledge to come to this conclusion.