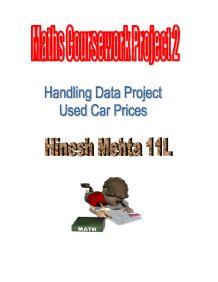 The overall aim of this project is to find out what the major influences are affecting the price of a second hand car. There are some major influences directly affecting the price, i.e. the age of the car, the number of miles done by the car since its production and the number of modern features the car has. In this project I will be looking at the age and the mileage and how they affect the price of a second hand car.

My first aim is to find out how the 2 biggest influences affect the value of it when bought second hand. The percentage of depreciation in the value of the car is affected by many other factors; however, here I am trying to find out how the age and mileage alone affects it. The first two hypotheses stated below will help me investigate this objective.

This aim is different from the first one because it now looks at how the style of the car affects the depreciation value. I will be looking at hatchbacks, saloons and others (coupes, utilities and azuras) as part of this investigation. From this I will be able to see which style of car causes the largest drop in price, regardless of the age and the miles done by the car. 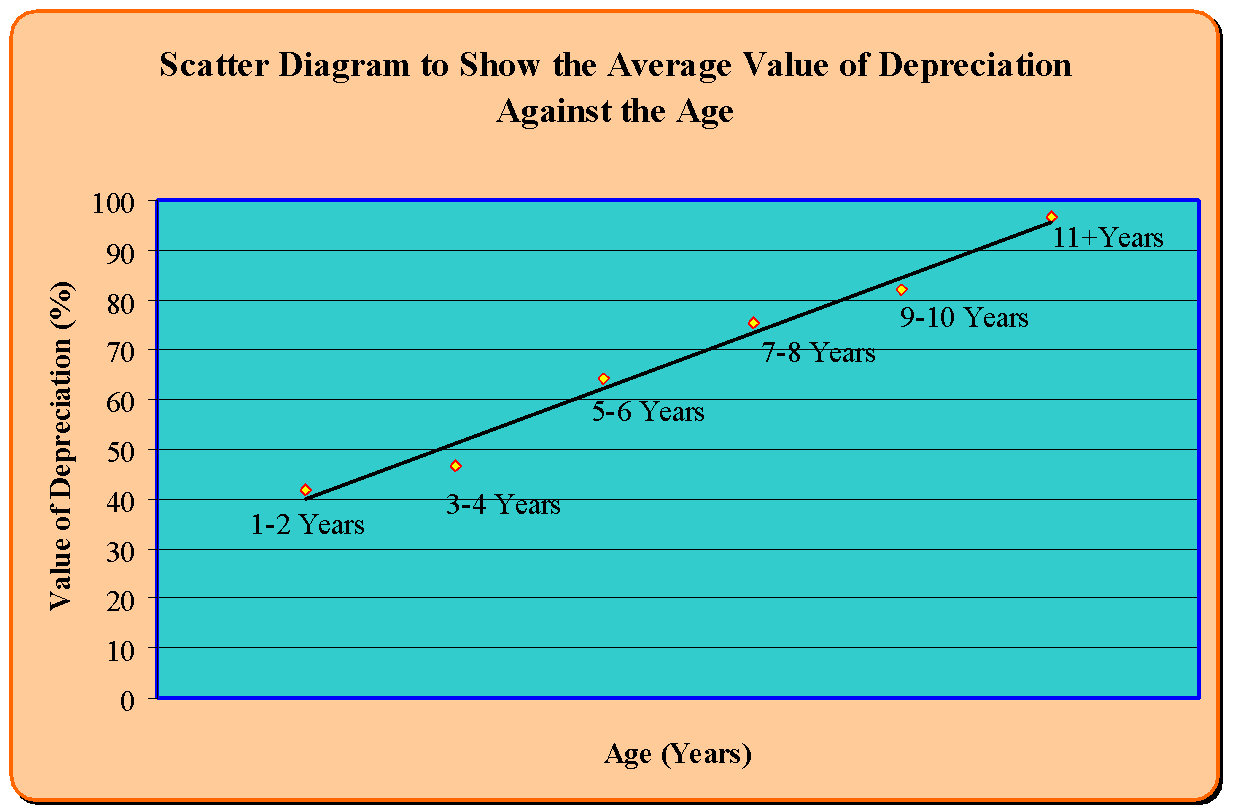 The graph shown above shows a very good upwards trend. There is a strong positive correlation between the value of depreciation and the age in years of the cars. The graph shows that the older the car the bigger the difference between price of the car when new and second hand will be. For an older car, the age has more significance when determining the price of the second-hand car. A car that is only one or two years old is still relatively new so therefore many other factors are taken into account as well. A car that is old generally has done more miles, shown by this graph below. This graph shows the general relationship between age and mileage. The graphs states that generally as the age increases the number of miles done by the car increases. In such a large sample of 10 cars, there are a few exceptions and anomalies that do not comply with this rule. This may be due to the fact that some people use their car a lot more than the average person does. 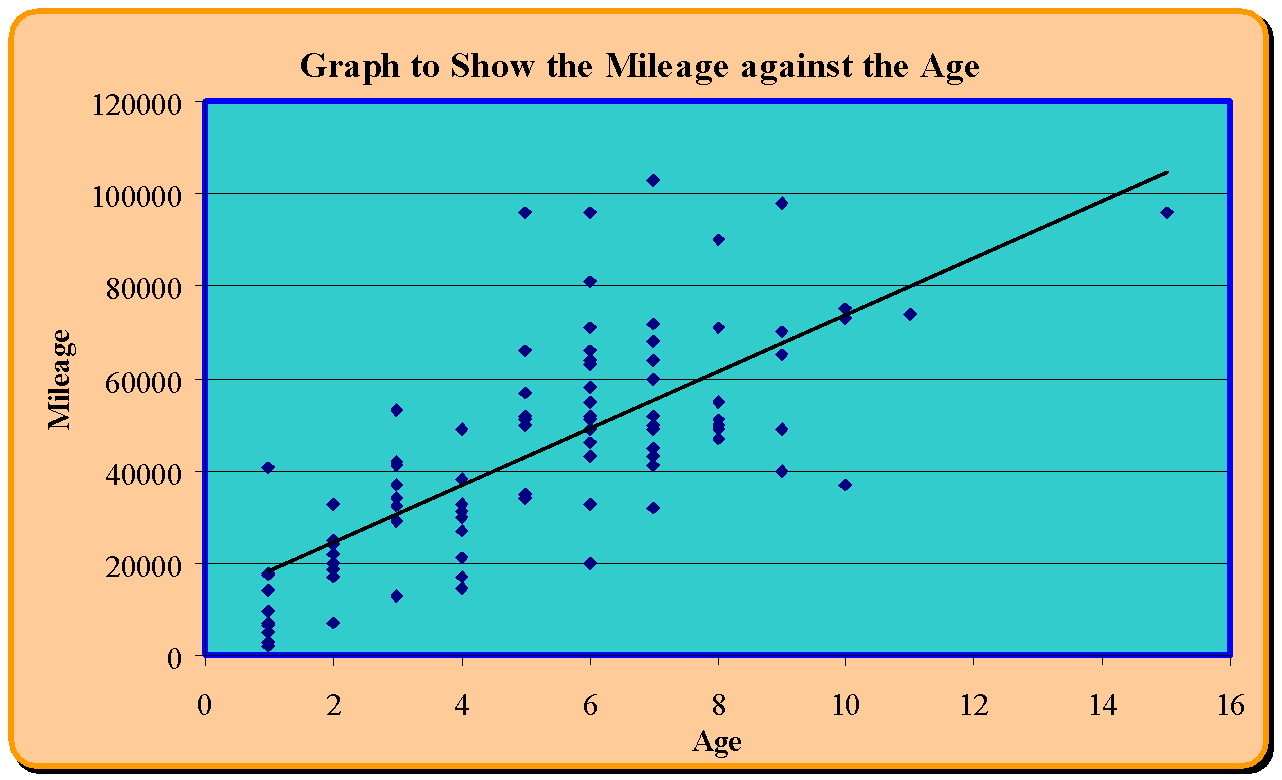 Using this equation I can then predict the value of depreciation of a car by knowing its year using the general equation of the line. The equation of this line is

y = 11x + 29. I will now pick a car from random that was not used in the stratified sample and see if it works in the graph and the equation. I have taken car number 22 which is the Rover 114Sli. This car is 6 years old and has depreciated in value by 71%. From the graph, the red dotted line shows that the depreciation value is actually 68%. It is only out by 3%. 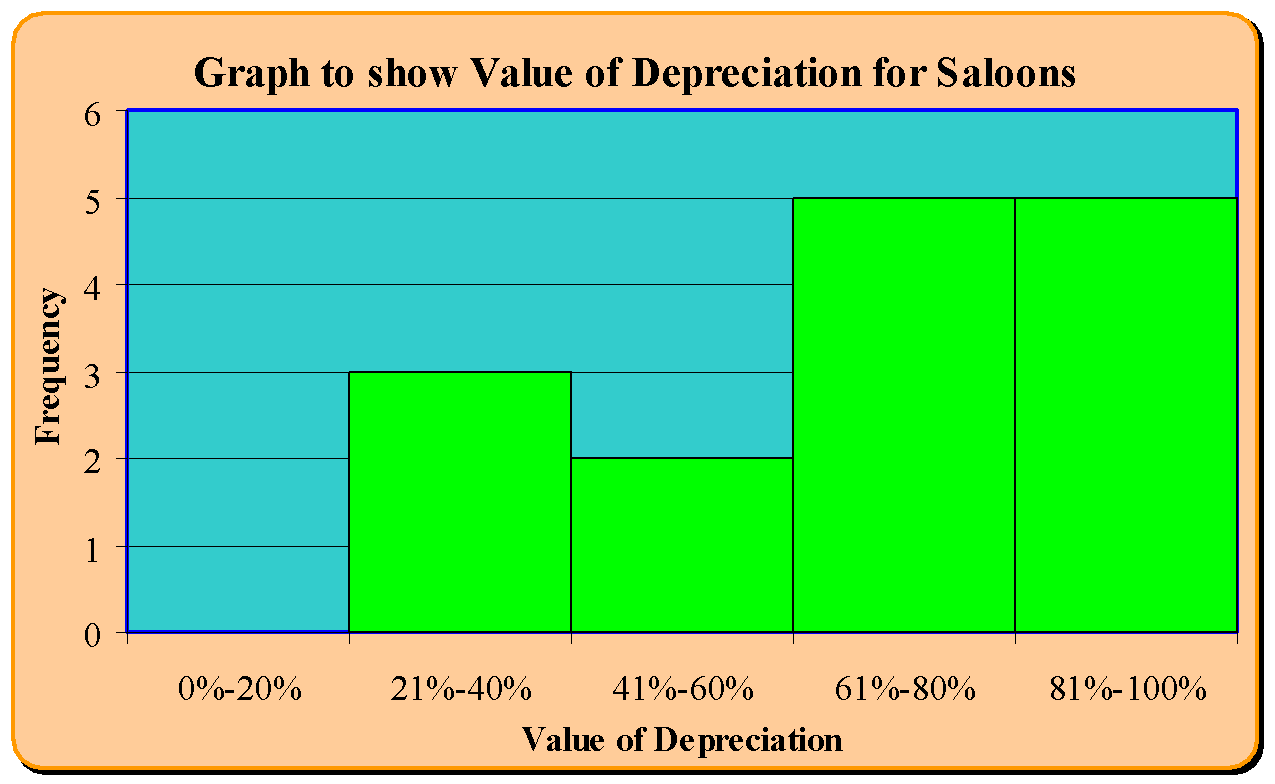 The third graph shows the value of depreciation of the other styles of cars against the number of cars that are in each group. 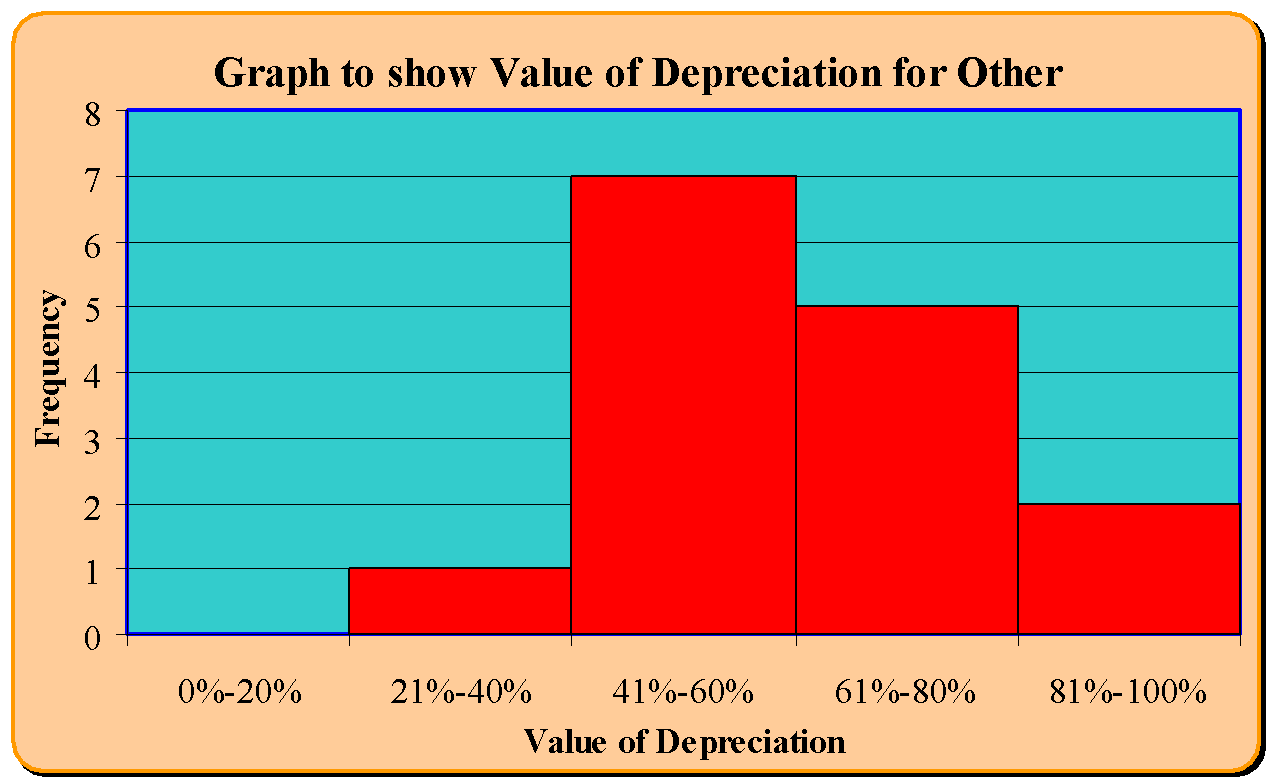 From the polygons shown above, we can see that other cars and hatchbacks have most of the frequencies concentrated towards the middle percentages of depreciation. For the saloon it is more evenly spread. There is no perfect trend for any of the graphs, however, the hypothesis I stated above is correct because the saloon is the lowest. I predicted that out of the three styles of cars, the saloons would have the lowest effect on the depreciation value. This is due to this style of car being very modern and attractive compared to the other styles. This means that being a saloon will mean that the depreciation value will depreciate least, based only on this aspect of the car. If it were any other style, then that would have a greater influence on the depreciation value. 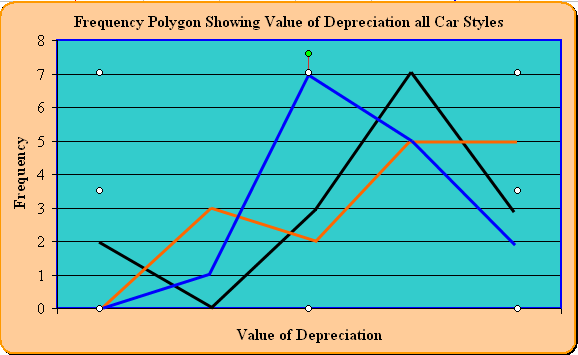 I think that this hypothesis would have been improved if I had grouped the data in a more effective way than just in groups of 20%, this would have the results more accurate.

From this project I have seen that there are two major influences that strongly affect the price of a car that is second hand. These are the age of the car and how many miles the car has done in its lifetime. These two influences have a close relationship shown by the product moment correlation coefficient. I have shown that they have a heavier influence on the depreciation value of the car when the age of the car is higher than younger cars. In this project, the main aim was to find out what the major influences was that affected the price of a second hand car. Although the style of the car was very important, the main factors were age and mileage.