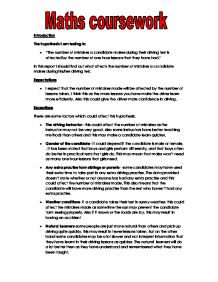 The hypothesis I am testing is:

In this report I should find out what affects the number of mistakes a candidate makes during his/her driving test.

There are some factors which could affect this hypothesis.

DATA-The data I am using to test my hypothesis with is secondary data. The data consists of the gender of the candidate, the number of one hour lessons that the candidate has had the number of minor mistakes the candidate has made in their driving test, the instructor they have had before they have taken the test and the time and date of their driving test. Most of the data is qualitative (e.g. the time of day, number of one hour lessons and number of mistakes.) In the qualitative data there is discrete and continuous data. The time of data is continuous as the candidates can be tested at any time of day, and the number of mistakes and lessons is discrete as it takes on whole values and not any decimals. This is secondary data as it has been obtained from another source, e.g. internet. As it is secondary data it may contain any anomalies, outliers and missing data which may have an impact on the outcome of the results. As some parts of the data may be incorrect I will need to clean it up and delete any of the previous data which is no good for me, before making ay assumptions about the hypothesis.

Missing data- several rows have been deleted as all the information isn’t present in the spreadsheet. I deleted these rows as it isn’t reliable for my project. In this example below, the number of minor mistakes isn’t present. This wouldn’t have been useful as it wouldn’t be able to prove my hypothesis to be true or false. The hypothesis relies on the data “number of minor mistakes made” to be able to do a full investigation. The entire row will have to be deleted in order to make further investigations accurate. 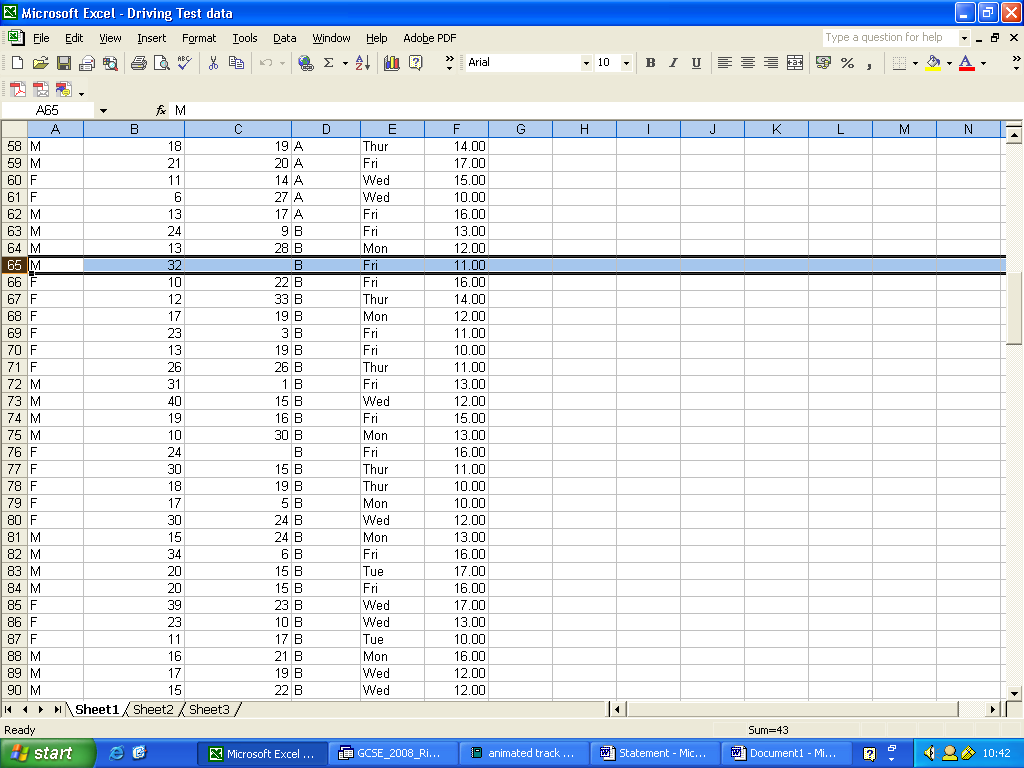 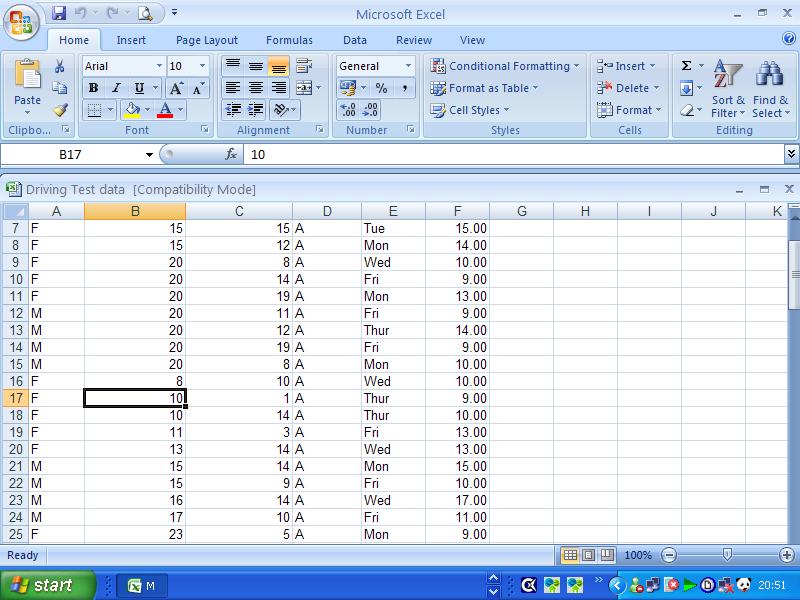 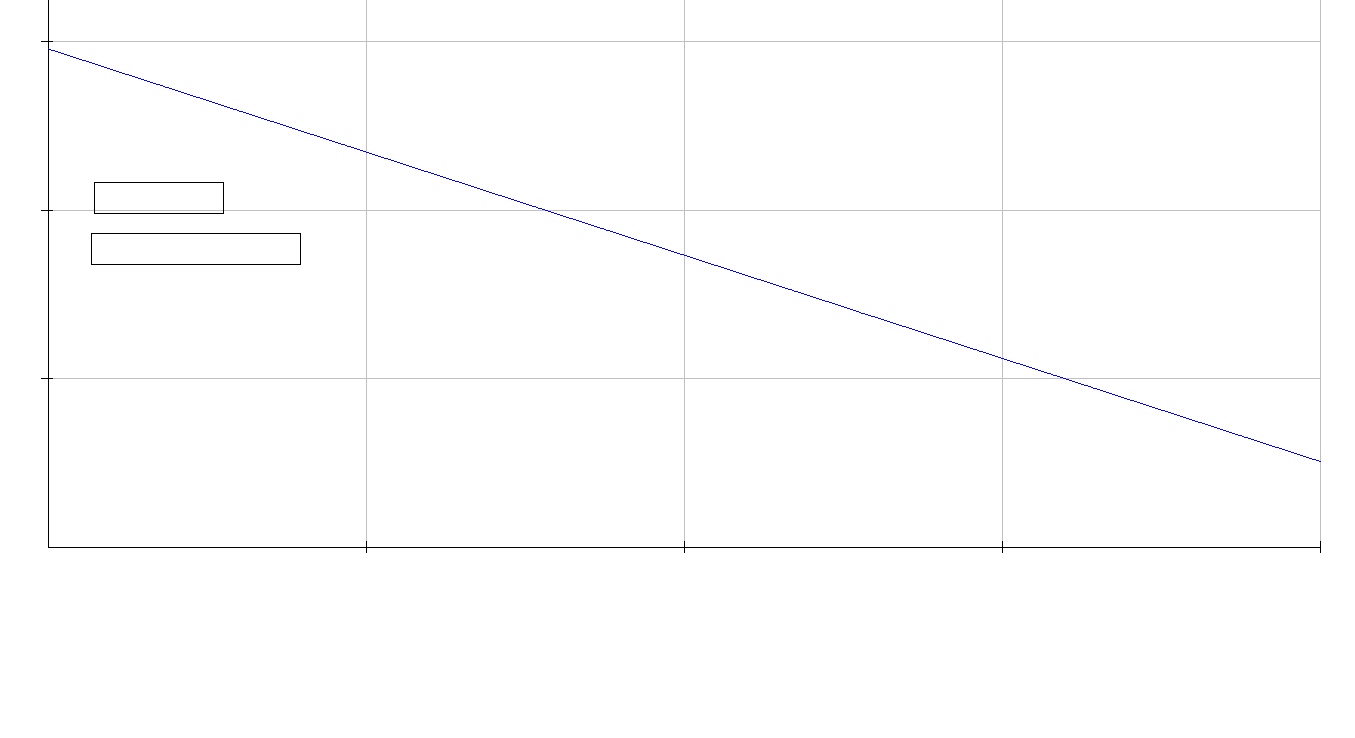 I did a test sample in order to make sure that the hypothesis I am proving has an answer. Also this will make sure that the rest of the work that I will do, will be worthwhile and tells me if there is any relationship between the number of mistakes and number of lessons taken. I have taken the data of the first ten candidates from each instructor and put this into the graph, so there is a sample of 40 candidates in total. I chose 40 as it is a suitable amount of sampling.

Hypothesis: The number of mistakes a candidate makes during their driving test is affected by the number of one hour lessons that they have had.”

I will need to do a stratified sample to see whether or not the number of one hour lessons affects the number of mistakes. I am only doing a sample of 100 as it will be too time consuming to do all the population. This is because I need to take a fairly large portion of the population in order to get an accurate representation, in case I coincidentally choose a section of the data that has a particularly strong or weak relationship. Also by using a stratified sample it will ensure that the data will be proportional. This will mean that none of the instructors will be either underestimated or overestimated and this will make it fairer. The sample number that I have chosen to do is 100, because it is a suitable amount of data to test. In order to get the correct samples from each instructor I will need to do the calculation:

There will be 26 samples from A

There will be 41 samples from B

There will be 11 samples from C

I did these stem and leaf diagrams as it was the easiest way to order the data and look at it separately, before I made any conclusions about the number of lessons and number of mistakes relationship. 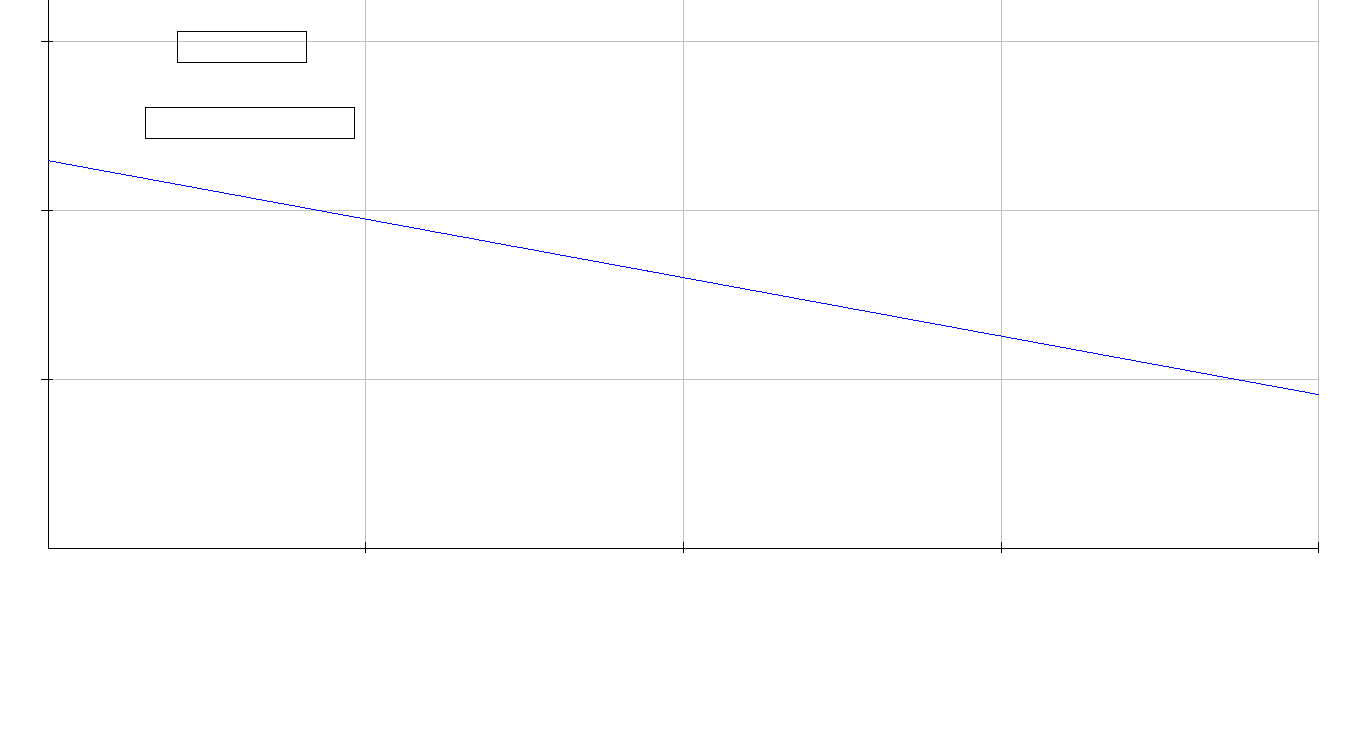 One of the limitations of the project was that there were not enough candidates of Instructor C, so this limited the data. The results I had may not have been reliable but the data seems relatively reliable and not too biased.

All the way through males seem to be the better drivers. Referring back to the original hypothesis, the number of lessons does affect the number of mistakes made, but this relationship is also affected by gender and instructor. Furthermore, it can be seen that males seem to be better drivers although they are unaffected by instructor. Women are not as good drivers so gender affects performance, but females also show that instructor has an affect on how well a person performs in their driving test. Overall, if I was one of the candidates I would choose instructor C mainly because gender wouldn’t affect the number of mistakes and also because the number of lessons against mistakes are quite low.