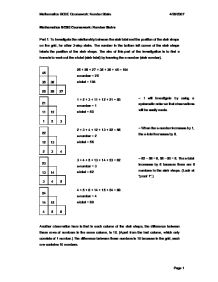 Number Stairs Part 1: To investigate the relationship between the stair total and the position of the stair shape on the grid, for ot

In the table, it shows that the s-total increases by 4 each time as the s-grid increases by 1. (When g = grid size,) this is because:

← Previously, I noticed that the difference between each row in the same column is the grid size.

The s-number remains at the bottom left corner of the stair shape. Instead of 6 squares, there are 10. Based on my previous observations, I can predict the relationship between this s-shape, the s-number, s-grid, and the s-total as: 10n + 10g + 10.

I can check my prediction:

It appears that this section of the formula works. Now the new current formula is: 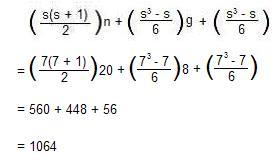 Now to test the formula out on negative numbers: 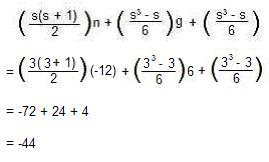 It appears that negative numbers do not work with this formula, thus the formula is limited to positive integers and that the stair shape must not have any part of it exceeding the grid. However, the formula works excluding the limitations. In conclusion, the relationship between the s-number, s-grid, s-size, and s-total is:

(With certain restrictions as mentioned above)

An extention of this investigation, could be to investigate the relationship between negative numbers, or transformation of the stair shape.