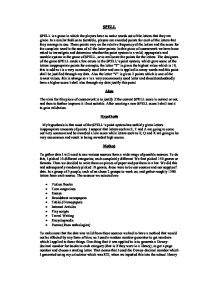 The Game Of Spell

SPELL is a game in which the players have to make words out of the letters that they are given. In a similar fashion to Scrabble, players are awarded points for each of the letters that they manage to use. These points vary on the relative frequency of the letters and the score for the complete word is the sum of all the letter points. In this piece of coursework we have been asked to investigate and determine whether the point system is a valid, appropriate and useable system in the game of SPELL, or to reallocate the points for the letters. The designers of the game SPELL made a few errors in the SPELL’s point system, which gave some of the letters inappropriate points for example; the letter “T” is given the highest value which is 10, this is odd as t is a very commonly used letter and can is applied in many words and this point shall be justified through my data. Also the letter “V” is given 2 points which is one of the lowest values, this is strange as v is a very uncommonly used letter and should undoubtedly have a higher score I shall also through my data justify this point. 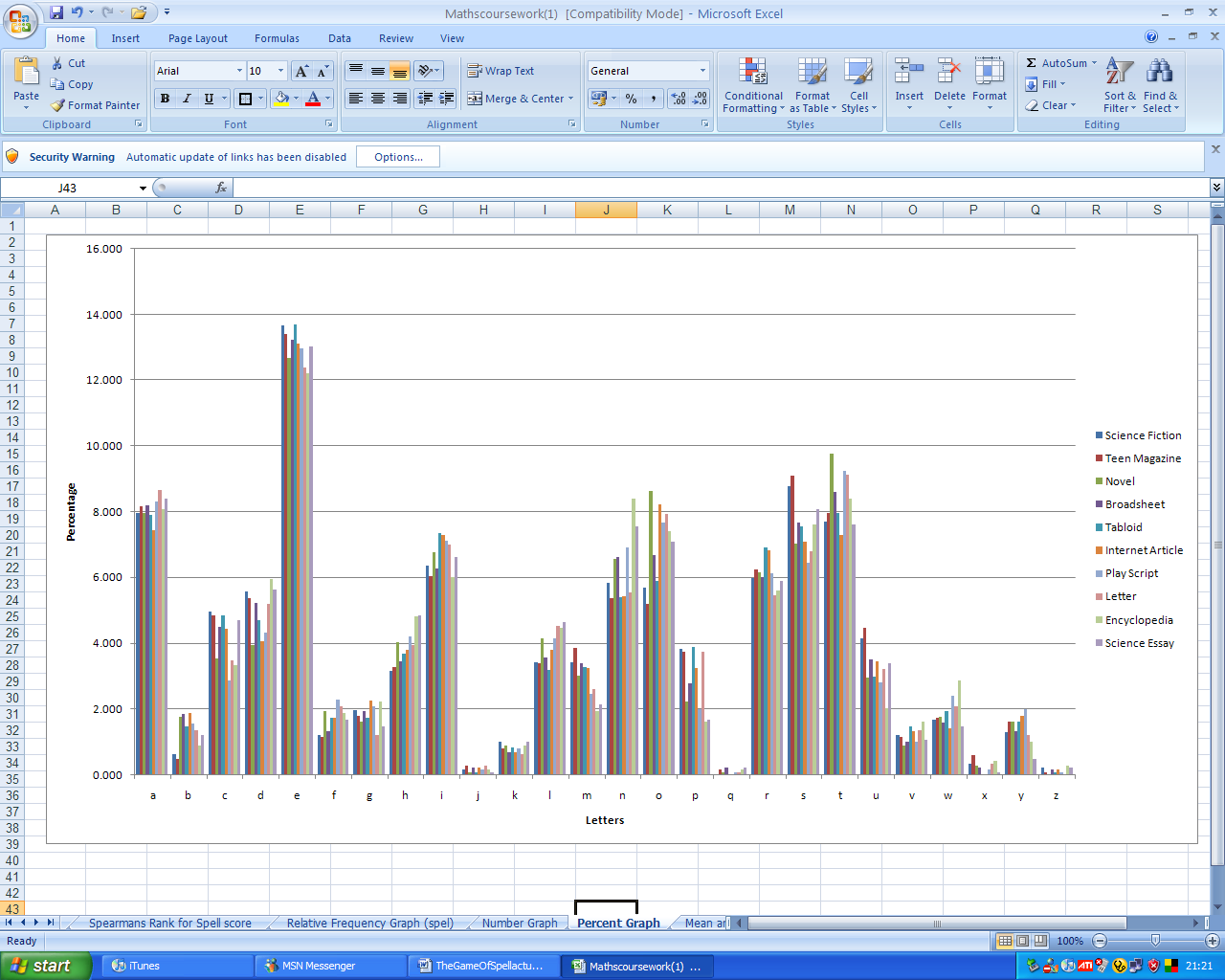 As I have said before I gathered near about 15000 letters and the rules I applied to this were:

The first rule is easy to explain; in an article about a man from Southampton, for example, it is likely that the word 'Southampton' will come up far more often than in common English usage. The same applies for an article about a certain brand; words which are more likely to come up in the article than in normal usage should be ignored. Because of this, all proper nouns were deleted from the sample.

The second is slightly harder to justify. I believe that having this rule will make the points values more indicative of our language. This is because words such as ‘the’, 'and', and 'what', for example, are hugely more common than any other words. Without these words, the letters 'h' and 'n' will be far less likely to occur. This is important because it is in the nature of the game to score highly with your letters; a player is not likely to use such short words in the game, but if they were included in the sample, they would devalue letters which are otherwise fairly uncommon. 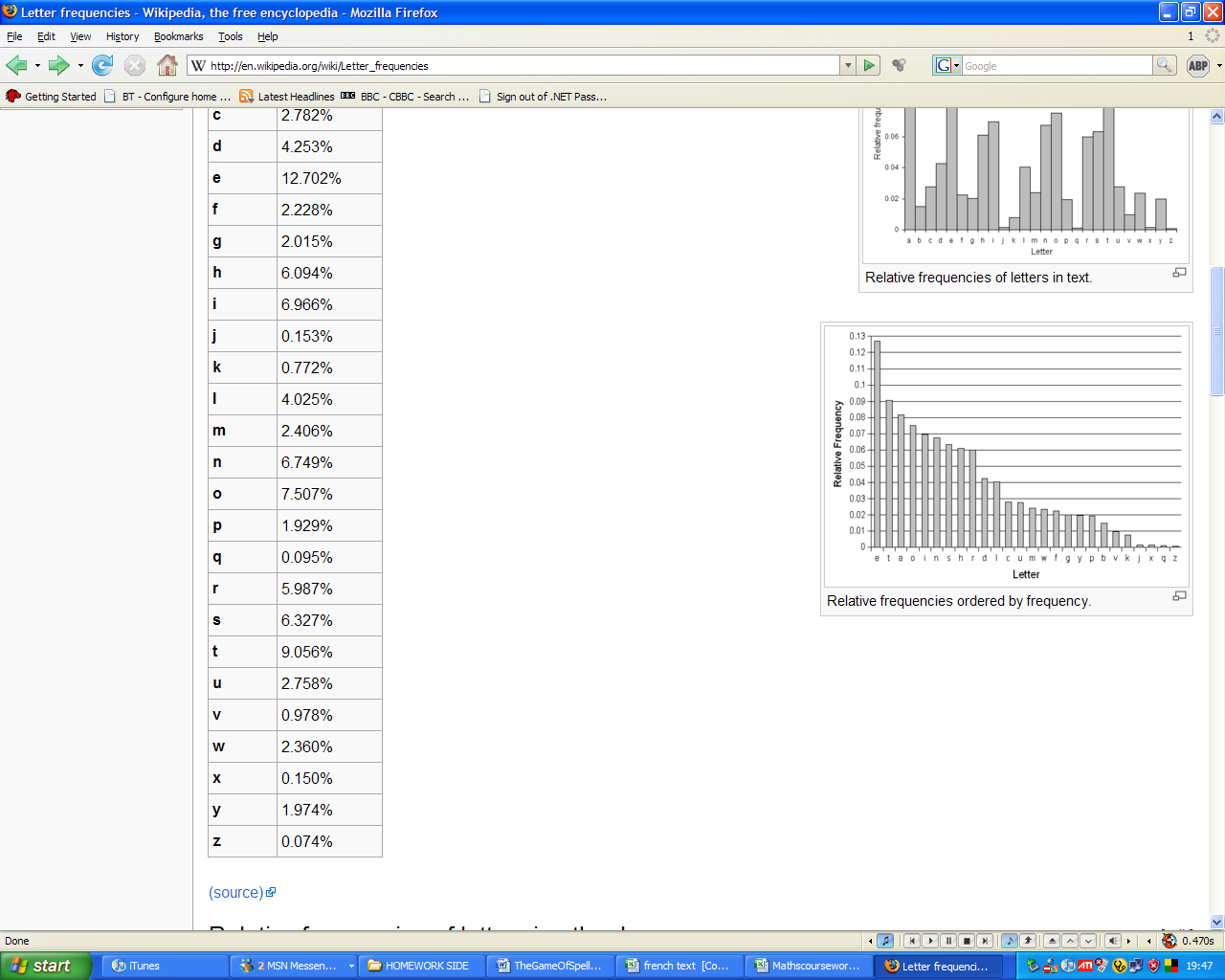 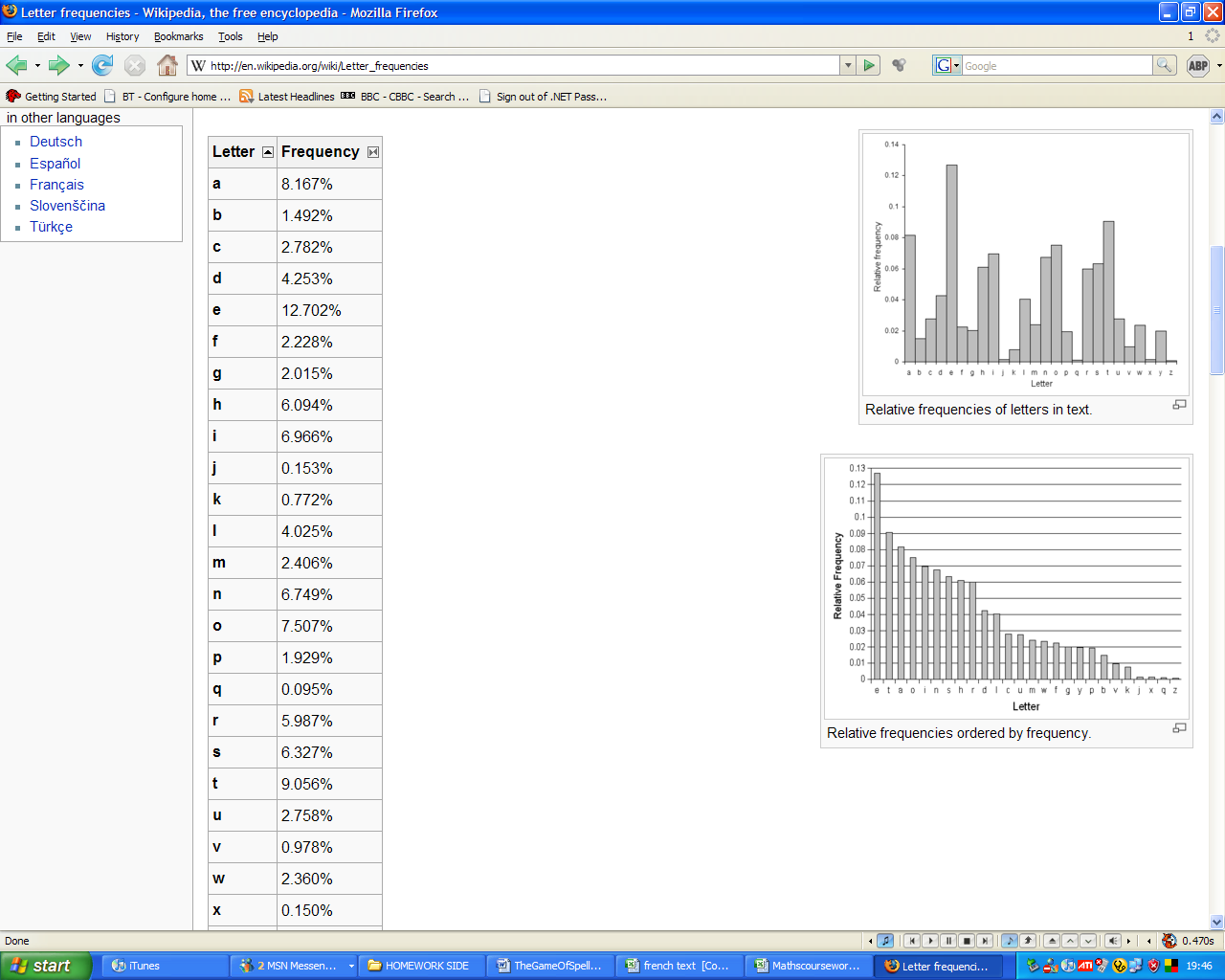 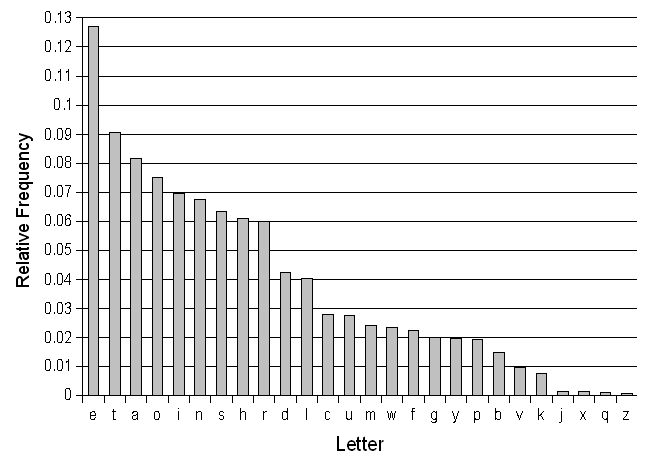 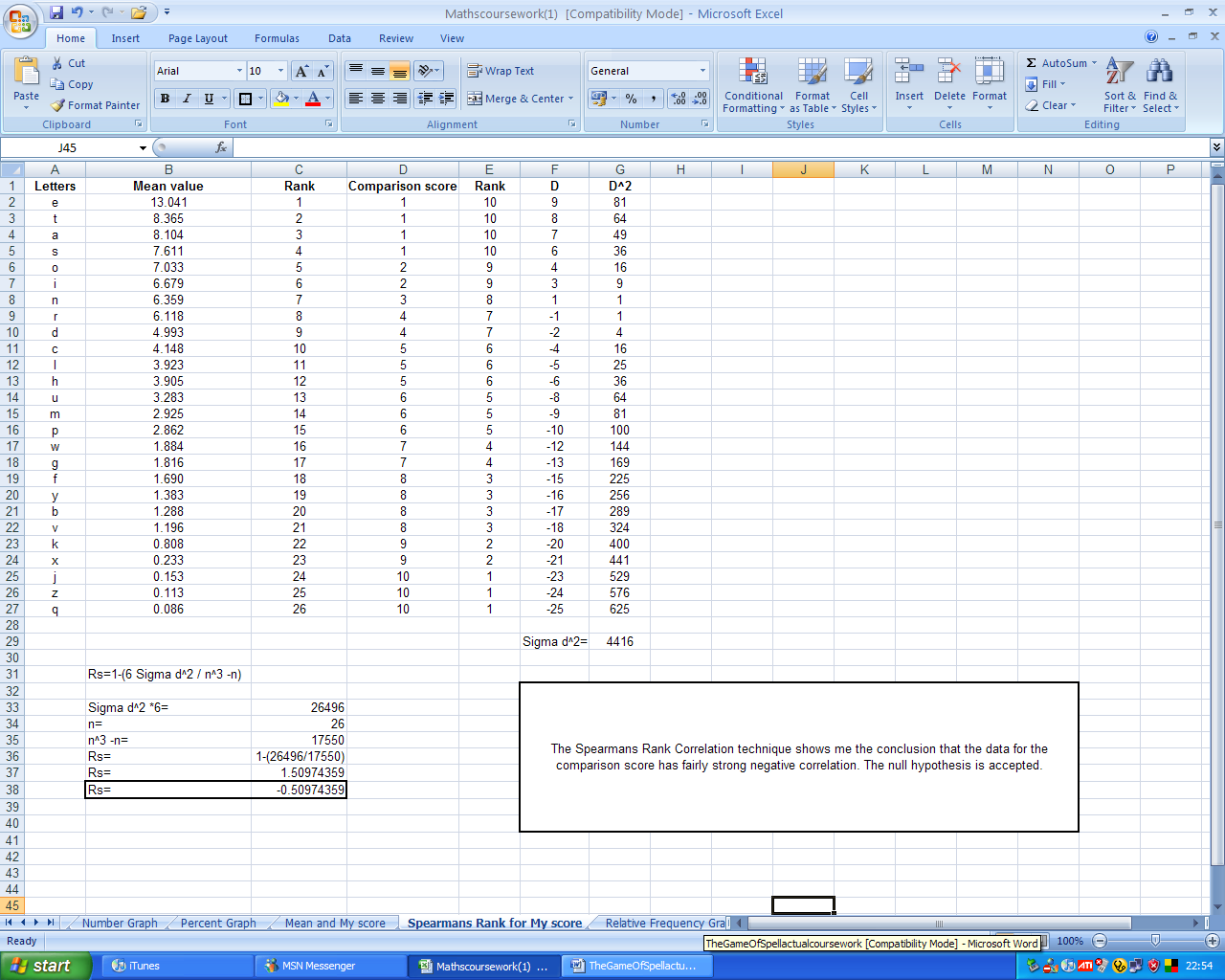 I have chosen to compare my score with another’s so that I can ensure the validity of my newly applied score system. The screenshot below shows us the results of their score once inputted into the Spearman’s Correlation technique.

The correlation for the score is fairly negative and shows us that the score that I have given to SPELL is valid and accurate.

The calculation was that the current SPELL score had a no correlation with the genuine probability of the letters occurring with standard words. Once I created my own score for the set letters I came out with a strong negative correlation. This was proved to be correct by the means of collecting a large amount of data showing the frequency of each letter within a variety of origins, using this I worked out the probability and usage of the scores to creative a relative frequency scatter diagram. These both combined together allowed me to use the Spearman’s Rank Correlation technique to prove that the SPELL score has no correlation. And in the same way I used this to set my own score.