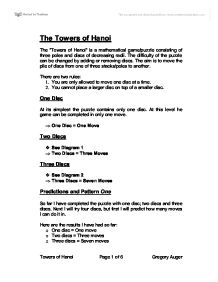 The “Towers of Hanoi” is a mathematical game/puzzle consisting of three poles and discs of decreasing radii. The difficulty of the puzzle can be changed by adding or removing discs. The aim is to move the pile of discs from one of three stacks/poles to another.

There are two rules:

At its simplest the puzzle contains only one disc. At this level he game can be completed in only one move.

Predictions and Pattern One

So far I have completed the puzzle with one disc; two discs and three discs. Next I will try four discs, but first I will predict how many moves I can do it in.

Here are the results I have had so far:

Our results so far:

A way I often look for patterns is to look at the between results. I this case we get: 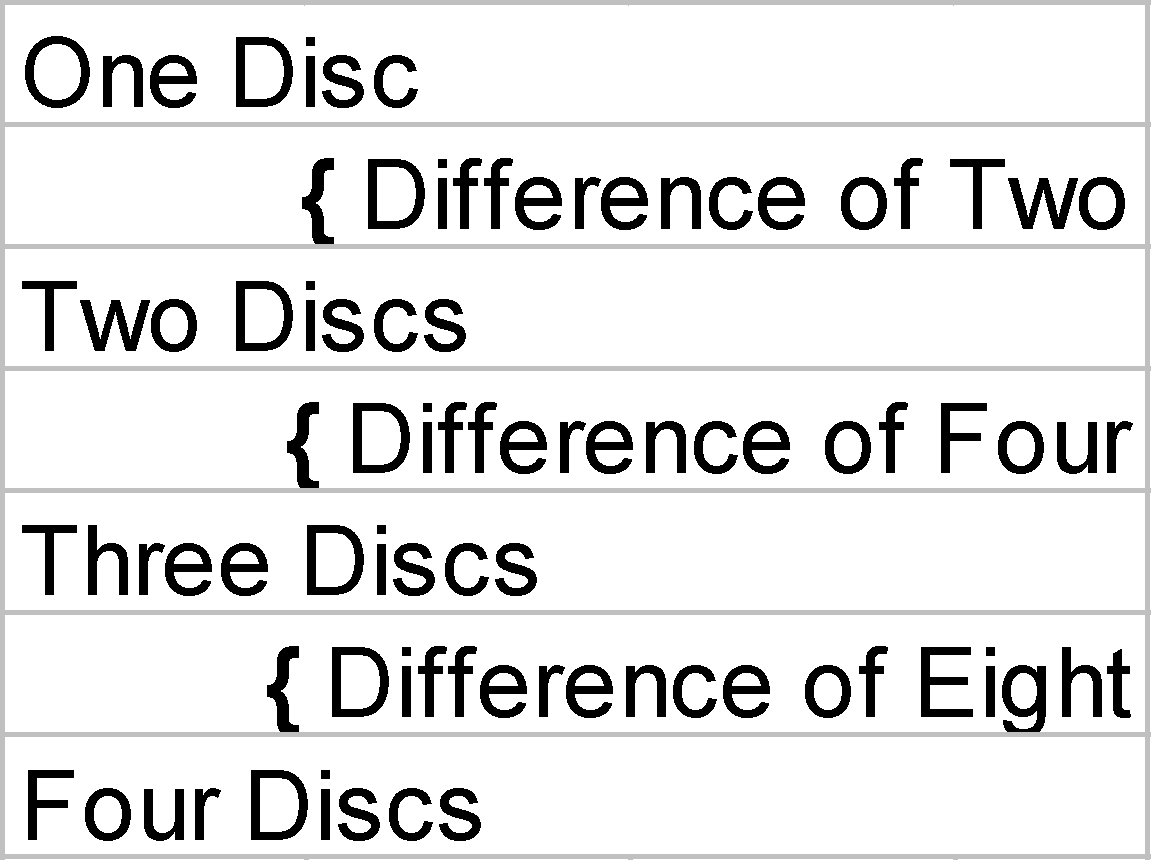 This is a clear pattern of a doubling difference. This could also be seen as powers of two.

Both patterns predict thirty one moves for five discs.

Our prediction was correct again. So now we have a method which does not need to know how many discs were used last time we can create a formula using powers of 2.

So now we have some patterns emerging in these formulas. We can put them together to say that when: 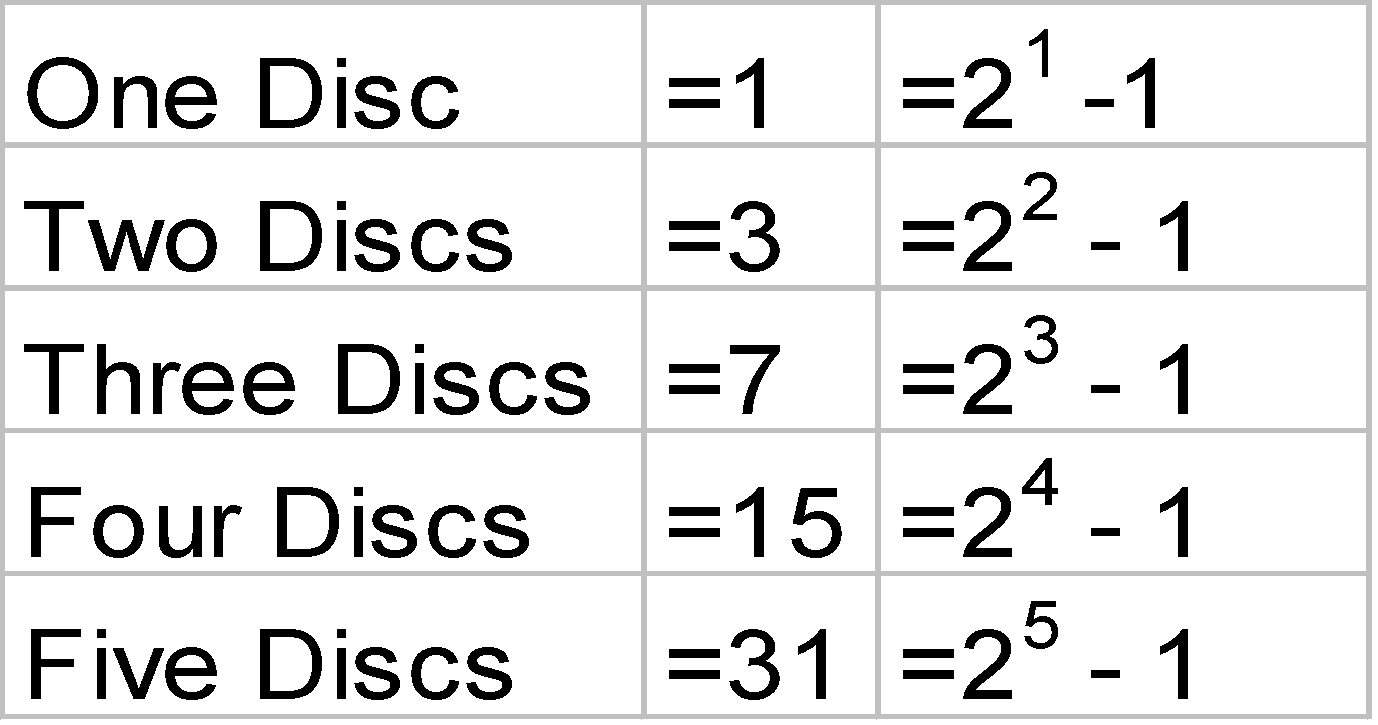 The number of moves taken is:

This is good to have found out but why does it happen like this?

How about tracking how many moves each disc makes? For example the largest disc moves only once.

The next challenge with this puzzle is to use four poles (or stacks) instead of three. The rules are exactly the same as before.

With only one disc having four poles changes it nothing it still only takes one move.

At three discs having four poles makes a difference.

So far we have seen no obvious patterns. One thing I tried was to subtract the number of moves required for 4 poles from that you needed for three poles. Again the numbers 0, 0, 2, 6 and 18 have no obvious pattern. After a lot of experimenting I realised that as 3 Poles used powers of two in the answer then four poles might use powers of three. This is what I came up with:

This also works for:

This comes out as:

So what is the actual formula?

We can rearrange this as:

So for 4 discs are formula is: