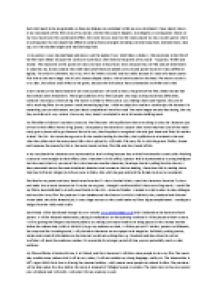 Evaluation of my storyboard and poster for my film Dark Minds

﻿Each shot needs to be recognizable, so these techniques are contained within my own storyboard. I have clearly shown in my storyboard (of the first scene of my movie) whether the sound is diegetic, non-diegetic or contrapuntal. Shot 8 on my story board uses the counterpoint effect, the scene shows a door but the music played is a slow country genre which is contrapuntal. My storyboard has different camera shots and angles including; extreme long shots, medium shots, close ups, over the shoulder angles and medium long shots. In my posters I use a big masthead and above I put the tagline ?Every mind hides a shadow?, this associates to the title of the film ?Dark Minds? because the words are mysterious which links to the genres of my movie - ?Suspense, Thriller and Drama?. The characters on the poster are shown to have serious faces, this is because they are FBIs and are determined in what they do, it also contains the credit block all of these are added on my second poster however it has a different tagline; ?TO CATCH A CRIMINAL YOU WILL HAVE TO THINK LIKE ONE? and no credits because it?s more of a teaser poster. ...read more.

The film starts with equilibrium when everything is calm; the characters just arrived in their offices from a tiring journey. Disruption to the narrative is caused when Aaron Hotchner (one of the mains stars) gets a phone call to get home as fast as he can, the disruption is recognised when he gets home and finds his mother is dead. The FBI ? BAU team then go on to fix the trouble looking for the killer, the Equilibrium is reinstated at the end when they after catch the anonymous killer who is played by Will Smith. This story fits in with the genres Thriller, Drama and Suspense the reason for this is, the music/sound, actions, film title and story board all link. In my storyboard the characters are represented as hard working because they arrived from another country after finishing a case and went straight to their offices (shot 3 Hotchner is in his office). Spencer Reid is represented as a young intelligent but slow man (shot 16, you can tell he is slow because another character; Penelope Garcia is pulling him into the car). ...read more.

I will try getting the film gets maximum publicity by making sure teaser trailers are being played in the cinemas months before the release date (which is 10.08.12) to get my audience excited, I will also put out TV trailers, posters on billboards, bus stops and the in underground, i will print advertisements on newspapers and magazine. Definitely putting posters, trailers and a load of information on the internet (social networking sites e.g. Facebook and also video sits such as YouTube) will boost the audience number it is accessible for a longer period of time you can potentially reach a wider audience. My film certificate is Motion Picture, it is R Rated, and this is because it will allow more people to view my film. The movie may contain some violence but it will be very minor, it will not contain any strong language, nudity etc. The release date is 10th August 2012 this is due to it being the summer holidays, which means more people can attend it often. The premiere will be taken place few days before the movie is released at Trafalgar Square in London. The main stars in shown on poster one will attend and Will smith. I will enter it for an Academy Award. ...read more.