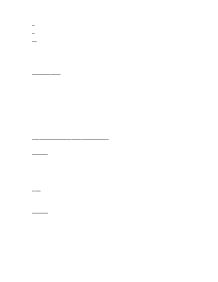 Films: 'Clueless' and 'Stand by me'

Films: 'Clueless' and 'Stand by me' Magazines: Various: targeted at teenagers Newspaper: Articles: from 'The Guardian' Adverts: in association with magazines read and more specifically advertising Coca Cola What do people especially adult's think of teenagers? Nice, polite, helpful, good example to younger kids. No! They think they are dangerous, unpleasant creatures for the dark depths of hell. Teenagers are portrayed in many aspects. Rich, not so rich (Clueless and Stand by me), dangerous and drug addicts who drink a lot (The Guardian), gullible and not to bright (magazines and adverts). None of those actually portrays who teenagers in general really are. Teenagers are the voice of the future just waiting to be heard. In this essay, I will be presenting a series of examples on how adults really think teenagers feel, act and like. Films don't always portray teenage life or aspects of adolescence using realistic sceneries. In 'Stand by me', two groups of teenagers are portrayed. ...read more.

They didn't like the way Tye looked so Cher and Dion changed her and created a stuck up know it all. They learnt there lesson and have accepted people for who they are. There is tendency to highlight social denounce associated with teenagers in newspaper. Such as: crime, drugs, smoking, alcohol and teenage pregnancy. This medium may use sensational headlines in a blame culture. They use statistics that point to anti-social behaviour that perhaps mislead the public and are biased towards there findings. In the article in 'The Guardian' dated September, 1996 (30% of boys 14-15 'carry a weapon') it reports on a surveys finding culture. Eight years on, the statistics could still be relevant. The article is about how teenagers and how they have gone from bad (e.g. Cannabis) to worse (e.g. Heroin). For many years journalist have slighted teenagers disregarding how they feel now journalists are bombarding there readers with myths of how teenage boys carry a weapon, it also states that teenagers of both sexes are drinking and taking drugs. ...read more.

Designer labels and makes are always a good selling point and attract their target audience. The advert I have chosen is Maxfactor nail vanish. To advertise it the company have chosen Kate Moss who is a supermodel. She has a great figure, perfect hair and advertises the product well. When teenagers look at this they might develop an eating disorder to try and be like her which in the long term is dangerous. After looking at the different exploitations I have concluded that people mainly adult's take teenagers for granted. Teenagers are similar to adults. In the newspaper, you never read about adult's drinking or how they dress so why write about adolescent life. In the past, every adult was a teenager and they all acted the same, they just did not realise it. Teenager are the next generation of adult's, we have been giving the chance of freedom of speech, good education and the freedom to express our own opinion. All that they ask in return is that you judge and portray on who they are, not how they dress. MEDIA BY CATHERINE JAMES ...read more.