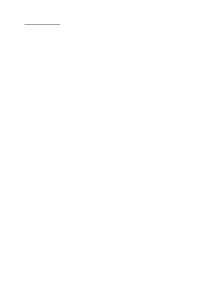 As the sun lowered further, hidden behind the towers of metal and concrete, windows began to light up one by one, showing my queue to move. My name is Kentaro and you’re probably wondering why I was waiting for the dark to arrive. I’d been waiting for my chance to come while using a few hours to prepare and wait for the perfect moment. Preparing for what? Preparing for the kill. Preparing for when the prey was most vulnerable.

You most likely think that I was a bit messed up and I was in a way, but I couldn’t help myself. It was a bit confusing but as a child I lived in an orphanage, I didn’t know what had happened to my parents but I wasn’t alone. I was with my twin brother, Tom, and we had a very close relationship. He and I never fought and we couldn’t go anywhere alone so we went together. Until one day, we were adopted but not together. The man refused to take both of us because he didn’t have enough room for twins. So guess who was left to rot? Me.

As I was separated from my only support beam, I crumbled and fell into a million pieces. I became very violent and refused to socialise with anyone. Eventually, someone was kind enough to pick up the pieces and tried to make me whole again but nothing worked. The man eventually decided to show me something only he and “the people above him” knew about, whatever that meant. I noticed as he took me in his “residence” that it seemed no one had even approached the front door in decades. The floors were unstable and the stairs were distorted in a fashion that it looked like you were climbing an escalating lane of bony fingers with many splinters and other foreign objects.

The strange man took me to a room that seemed the most liveable than any other part of the house; there was electricity, crimson red carpet and a single painting. The picture looked extraterrestrial and yet common. I could vaguely remember the man pushing something under the alien painting and a section of the wall rotated to reveal a new room.

This room was covered in light, not a single area was shrouded in shadow. I noticed many weapons at every corner of the room, swords, guns, knifes etc. It seemed that this man had a lot of blood on his hands because these weapons weren’t for show. “Take your pick”, his voice seemed strained and ancient which did not match his complexion. At first I ignored him, waiting for that TV man to pop out and shout, “You’ve been Punk’d!” but this mysterious person appeared to be getting impatient so I closed my eyes and randomly pointed at something which seemed to make this man very ecstatic.

“Well done, good choice. By the way, my name is Kierran. You’ll be staying with me for a long time.”

I started to wonder what I had actually pointed to so I opened my eyes and noticed that a thin, smooth sword was in front of my extended finger. “I noticed when I had picked you that you weren’t the best of the bunch. You seemed shy and edgy and yet violent. That’s why I chose you and I want you to use your aggression to an advantage.”

“What am I gonna do with that?” I pointed towards the sword, waiting for an obvious but unbelievable answer.

“You’re gonna use it.” Just as I guessed.

“What’s gonna happen to me now?” Yet another obvious question.

“I’m going to train you as an assassin.” I didn’t expect that.

I must have looked shocked because he began to smile in a comforting way. “Don’t worry, death will be a gift for the people you’ll be targeting but I never use anyone below the age of 15. You have a few years of training to look forward to.”

“But I don’t want to kill anyone.”

“Because otherwise your life will be meaningless.” He sounded like one of those narrating people you hear on those big adverts.

At first I was reluctant but it seemed I had no other choice. I made a mental note to go along with him and see what he was really up to. Escape was impossible for someone as small as I was.

I’m going to spare you the details because most of it was the same routine but every month or so Kierran, if that was his real name, would give me more challenging tasks and would try to push my limits to double my previous state. He ordered me to run a track and then afterwards he told me to do double the length but twice as fast. I wondered if I would even survive this so-called “first course” because I even had to learn how to put guns and explosives together. Every second I froze in place, praying the devices wouldn’t backfire and blow off my hand. Sometimes, I enjoyed learning how to “survive in the outside world” but every now and then I wondered if Kierran even knew how to fight. I noticed that his old, frail hands could have had arthritis since every now and then he clenched them to pump back the circulation. He seemed to be more energetic than my uncle because he’s not in a wheelchair but he might not have been able to run after me. I could have easily escaped from his grip if I wasn’t terrified that he would throw one of his massive “tools” at me. The fear of death was an invisible but indestructible barrier for me to overcome.

One long night, he was training me with a pair of plastic, thin swords he liked to call “The Beginner’s Katanas”. At first, I didn’t really see the point in this session because I had already experienced much tougher and life-threatening challenges. Putting together countless guns, setting up a lot of explosives and jumping from millions of different heights were only the list of things I did in the morning. But moments after I noticed the swift movements with the body, I knew this wouldn’t be easy. Even with his unbelievably frail body and his over exaggerated “toys”.