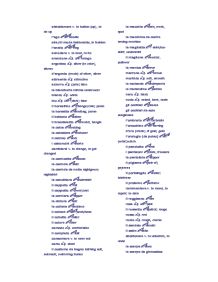 1951 The Fontana sisters, who have raised their mother's small dressmaking establishment to haute-couture level, begin to sell their magnificent evening gowns in the United States. They design Ava Gardner's costumes for the Barefoot Contessa, President Truman's daughter's wedding gown and are also favourites of Jacqueline Kennedy. 1952 The official anniversary of contemporary Italian fashion. In July of this year Gian Battista Giorgini presents his collection in the historic White Room of the Pitti Palace in Florence. News of this event spreads around the world, initiating the Made in Italy fashion phenomenon. 1953 Ottavio (Tai) Missoni and Rosita marry and begin to work together. With four knitting machines they produce knitwear for other labels, until Rosita decides that they must produce their own line. With Rosita creating the shapes and Tai filling in the colours they quickly build their multi-coloured, sophisticated woollen empire. 1957 Mariuccia Mandelli, originally an elementary school teacher, presents her first collection calling it "Krizia", a name taken from Plato's dialogue on women's vanity. Her creations made of photo-printed fabric immediately attract the attention of the press. 1959 After several years in Paris, working as general design assistant at Guy Laroche's, Valentino Garavani, better know as Valentino, returns to Rome to open his own atelier, with moderate success. 1961 Fresh from his experience as a window dresser and stylist in Milan's Rinascente department store, Giorgio Armani becomes an assistant in Nino Cerruti's men's wear manufacturing firm. 1962 Valentino shows his line in Florence's Pitti Palace. I Magnin buyers are so enthralled by this urbane and elegant collection that they buy heavily, making his name in the United States. Since then his fame has spread and his refined creations dress the rich and famous world wide. 1967 Nino Cerruti opens the 'Cerruti 1881' boutique in Paris. His casual, yet elegant, men's wear has made him a well established name in fashion. 1968 Jacqueline Kennedy weds Aristotle Onassis wearing a Valentino dress, which was subsequently ordered by thirty-eight other customers; an unprecedented event in the world of haute-couture. ...read more.

It opens May 5 th at Teatro comunale in Ferrara, followed by a tourn�e ending at Nuovo Piccolo Teatro in Milano. Fabulous shoes, made out of the poorest materials: raffia, straw, cork, cellophane. The masterworks of fashion and invention created by Salvatore Ferragamo are on show in Japan until May 14. In the Sogetsu Hai Foundation space, Tokyo's prestigious ikebana school, one can admire 195 models signed by the "dream shoemaker" between 1927 and 1960. A change of guards in Italian Fashion Maisons: Nicola Trussardi has called twenty-six-year-old Parisian Nicolas Ghesquiere to design women's pr�t-�-porter and the collection for the Usa. News also from Pucci, the historical Florentine maison: Laudomia, daughter of Emilio, has called another French man, who lives and works in Italy, Stephan Janson, to co-ordinate their women's collection. Janson cleverly tapped onto the griffe's creative heritage, by mixing and re-coloring its celebrated patterns. Laslty, Englishman Antonio Berardi has accepted to design, for one season only, Ruffo's leather-wear line. A wealth of new Italian shops around the world. Emporio Armani opens on Boulevard Saint Germain, in Paris, on a 4 level space, over 1200 square meters hosting the griffe's entire collections. Miu Miu opens in Milano, on corso Venezia, 850 square meters of rarefied design. Moschino has restructured a building on Conduit Street, in London, while Krizia has just inaugurated hers at number 25 on the same street. Bulgari chose to have its largest boutique in New York, on Fifth Avenue, while Mariella Burani opened in Bologna, in palazzo Zambeccari, the latest of the 30 boutiques around the world. With a sensational 465 billion Lire, Miuccia Prada has purchased 9,5% of the Gucci group stocks. A surprising decision, which allows the Milan stylists to have a say also regarding the affairs of the historical Italian griffe, which has been a competitor in America ever since Tom Ford became its creative director. ...read more.

This student written piece of work is one of many that can be found in our GCSE Italian section.