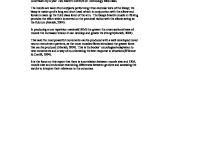 Examining the Correlations between bicep 1RM, Muscle Endurance and Muscle Cross Sections in male and female Sport Students Introduction This Report is aimed at exploring the relationship between muscle size its strength and endurance characteristics. It is based on the results of an Exercise Physiology Lab undertaken by a year Two Eastern Institute of Technology BRS class. The results are taken from subjects performing three exercise tests of the Bicep; the bicep is made up of a long and short head which in conjunction with the elbow and forearm make up the third class lever of the arm. The biceps brachii muscle in flexing provides the effort which is exerted on the proximal radius with the elbow acting as the fulcrum (Marieb, 2004). In producing a one repetition maximal(1RM) the greater the cross sectional area of muscle the increased tension it can develop and greater its strength(Marieb, 2004). That said the most powerful movements can be produced with a well developed motor neuron recruitment patterns, as the more muscles fibres stimulated the greater force that can be produced (Marieb, 2004). This is the bodies' neurological adaptation to new movements and a way of co-orientating the best response to situations(Wilmore & Costill, 1994). It is the focus on this report that there is a correlation between muscle size and 1RM, muscle size and endurance examining differences between genders and accessing the results to interpret their relevance to the outcomes. ...read more.

The test was performed with no body moment to avoid a misrepresentation of the subject's strength. Anthropometric Tests Anthropometric dimensions taken were fexed arm circumference for the left and right arms with bicep skin folds been taken at this point. The vertical distance the weight moves was measured, from start to stop point by going through the movement on a white board and measuring the result. The fact that the arc was not taken into account was not deemed important to this study. Analysis Using ?(C/2? - S/2)� in which C= Bicep circumference S= Skin fold, the muscle cross section could be calculated.(Paton, 2007) Watt production was calculated by multiplying the distance travelled in each repetition by the reps done and then multiply it with the load in Newton's, this will give the positive work done. To take into account the negative work done multiply the positive work by 1.33 this is an approximation and can be variable. Then divide the N.m by the time in seconds, then again by 1 to get the watt production(Paton, 2007). Results The results shown in these figures show a strong correlation between muscle cross sections and the relationship between dumbbell 1RM with Barbell 1RM. The relationship between the 1RM and 80% RM tests shows a weak correction between muscle strength and muscle endurance. ...read more.