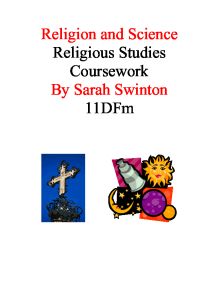 Describe Christian teachings about the relationship between humanity and the rest of creation(700 words, 24 marks)

and treat it for how we would like to be treated. On the other hand others' think differently they believe god didn't create the world so it is our responsibility to look after it, they believe that there was a 'Big Bang' millions of years ago so we have to look after the world because there is no one else to. Others' also believe that it is the humans who are doing the most damage to the world we live on today and if we carry on the way we are at the moment; destroying the rainforest and the unknown species that live there, burning fossil fuels so other parts of the world get the side effects and many more problems. These people think God should help us look after it by sending a sign to the humans telling them what 'he' thinks they should be doing to protect the earth and the creatures that live there; we aren't just destroying the world but the creatures on it. So to conclude many people believe in different ways the world should be look after; from God, humans or any living thing but every one believes the world should be looked after before it is too late and there is no 'world' for us to live on! By Sarah Swinton 11DFm ...read more.