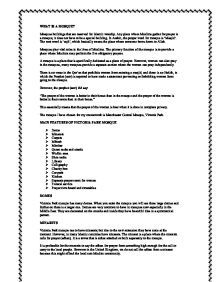 What is a mosque?

WHAT IS A MOSQUE? Mosques buildings that are reserved for Islamic worship. Any place where Muslims gather for prayer is a mosque; it does not have to be a special building. In Arabic, the proper word for mosque is 'Masjid'. The root word is 'sajd', which basically means the place where someone bows down to Allah. Mosques play vital roles in the lives of Muslims. The primary function of the mosque is to provide a place where Muslims may perform the five obligatory prayers. A mosque is a place that is specifically dedicated as a place of prayer. However, women can also pray in the mosques, many mosques provide a separate section where the women can pray independently. There is no verse in the Qur'an that prohibits women from entering a masjid, and there is no Hadith, in which the Prophet (saw) is reported to have made a statement preventing or forbidding women from going to the mosque. However, the prophet (saw) did say: "The prayer of the women is better in their house than in the mosque and the prayer of the women is better in their rooms than in their house." This essentially means that the prayer of the women is best when it is done in complete privacy. The mosque I have chosen for my coursework is Manchester Central Mosque, Victoria Park. MAIN FEATURES OF VICTORIA PARK MOSQUE > Dome > Minarets > Carpets > Mihrab > Mimbar > Quran racks and stands > Wudhu area > Shoe racks > Library > Calligraphy > Charity box > Car park > Kitchen > Separate prayer room for women > Funeral service > Prayer time board and timetables DOMES Victoria Park mosque has many domes. When you enter the mosque you will see three large domes and further on there is a larger one. Domes are very common to have in mosques now especially in the Middle East. ...read more.

In addition, some mosques have caretakers which are helpful because these people take care of the mosque in ensuring it is always clean and everything is operating correctly. The imam can do the adhan if he pleases; however, he usually picks someone else who is religious and trustworthy to say the adhan before each prayer. The adhan is the call to prayer and is done first, and then the Iqamah is said. The imam again picks someone for the job but usually the person who did the adhan does the Iqamah. On Fridays, the imam gives a khutbah before the jummah prayer. The imam will prepare this sermon before hand. The khutbah has two parts. The first part is where the imam will recite some verses from the Qur'an and then comment on them and in the second part he will pray for the whole Muslim ummah. The imam can also talk about any current affairs that are affecting the Muslims. Imams sometimes perform religious ceremonies, and they will give people religious advice. Some imams also visit Muslims who are in prison. The imam also attends many conferences. In these conferences, Imam's from all over the UK meet together and discuss whatever they fell needs to be addressed. The imams can also give religious and moral support to people. People often got to the imam to seek help and take his advice if they need it or if they have a problem. In addition, it is part of his job to preach Islam to everyone who seeks knowledge. However, the imam does need to be Islamically educated. The imam is also a teacher. The imam teaches worshippers and children. He teaches them the basic beliefs and also teaches them hoe to recite the Qur'an. He also give people religious advice. Normally, in the afternoons, the imams set up classes within the mosques for the children or anyone else who wishes to learn the Qur'an and to learn the basics about Islam. ...read more.

However, if you go to a mosque and pray as a congregation you will get 27 times more reward than if you read by yourself. Evidently, you can pray by yourself, but it is encouraged that you pray as a congregation a mosque because the good deeds are much greater. In addition, you are supposed to pray in a clean place and the mosque is guaranteed to be clean whereas your house may not. Another reason they say is that if you pray as a congregation, it shows the Muslims as a unit and a ummah because all the Muslims praying are praying to one god, in one voice, all repeating the same actions. This also shows a sense of brotherhood and equality between the Muslims. Moreover, it is stated in a hadith that if you do not go to the mosque for congregation prayer then there is a strong penalty. Furthermore, if you go to the mosque you could benefit from several things. You could meet other Muslim brothers, and you could take part in the activities that take place and you can benefit from those. Additionally, the prophet (saw) stated that a person who is always connected to the mosque will be under the shade of Allah. Therefore, from this I can say that going to the mosque is a benefit in this life and in the hereafter. Therefore, it seems to me that going to a mosque to pray is a great benefit. Besides how hard can it be for a person to get up walk to the mosque and gain rewards on the way. In addition, if you constantly make a habit of going to the mosque you will be rewarded with the shade of Allah while the rest of humanity will be suffering from the heat of the sun that will be overhead. So in conclusion going to the mosque will make you become a better a well-practiced Muslim so you should go to the mosque to pray your salah. ...read more.