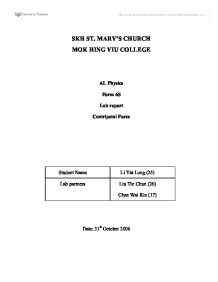 Objective: To study the quantitative relationship between the centripetal force acting on an object and its angular speed.

Theory: Centripetal force is the force acting towards the centre of the circle which makes a body move in a circular path. To keep a body moving in a circle of fixed radius, the centripetal force must change with the angular speed of the object. When a mass m attached to a thread is whirled around a horizontal circle of radius r, the tension 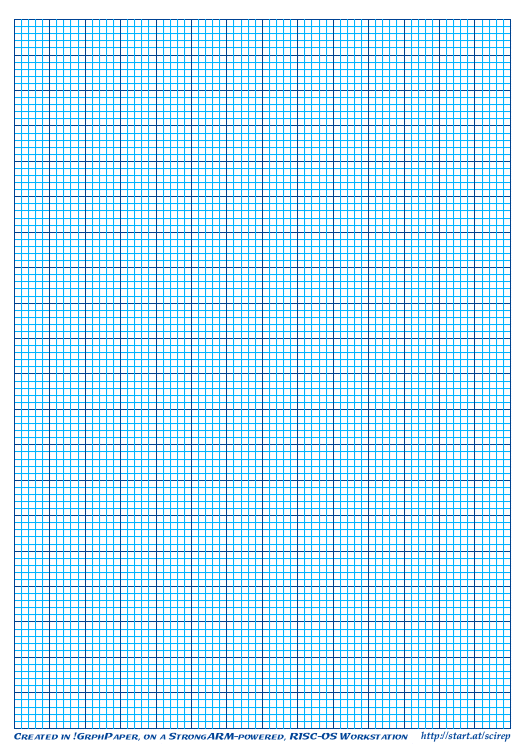 From the graph, the centripetal force increase exponentially with the angular speed.

When the angular speed increases, the centripetal force increases. They are proportional.

Source of error: the friction between the glass tube and the thread.

The force is not constant when the bung whirls.

To improve the accuracy of the experiment, lubricants should put on the glass tube’s surface that has contact with the thread. A constant force should be kept constant to make the angular speed be constant so that the marker was always about 1 cm below the tube throughout.

The report, while not having an explicit question, addresses centripetal force very well. It is clearly laid out with clear sections and defines centripetal force at the beginning, something that many lab reports fail to do Ã¢â‚¬â€œ define the thing ...

The report, while not having an explicit question, addresses centripetal force very well. It is clearly laid out with clear sections and defines centripetal force at the beginning, something that many lab reports fail to do Ã¢â‚¬â€œ define the thing that they are investigating. Most of this review will be in the level of analysis section due to this being more applicable for a lab report.

In general the analysis in the report is satisfactory. The candidate addresses fundamental aspects such as errors well, however these should be elaborated on. He/she should talk more about how a certain error, such as friction between the thread and tube affected the results Ã¢â‚¬â€œ both the magnitude and direction by which the error caused results to shift. Graphs are missing from the report, however this may be a problem with it being formatted on the website. Also, the candidate needs to be more precise. Saying Ã¢â‚¬Å“about 1cmÃ¢â‚¬Â is bad in a lab report; they should say Ã¢â‚¬Å“1cmÃ¢â‚¬Â. The word Ã¢â‚¬Å“aboutÃ¢â‚¬Â suggests imprecision something that isnÃ¢â‚¬â„¢t good in a lab report that will be marked. Linked to this they should say how many trials that they did rather than just Ã¢â‚¬Å“several trialsÃ¢â‚¬Â. The conclusion should be elaborated on Ã¢â‚¬â€œ give an equation for the centripetal force to the angular speed, stating a coefficient if the values are directly proportional.

Quality of writing is good, however there are some spelling and grammar errors, such as Ã¢â‚¬Å“increaseÃ¢â‚¬Â instead of Ã¢â‚¬Å“increasesÃ¢â‚¬Â. Again, sections are clearly broken up through the use of headings and terms are well defined. Overall the report is good, however there are some flaws, such as too little said about errors that should be fixed.