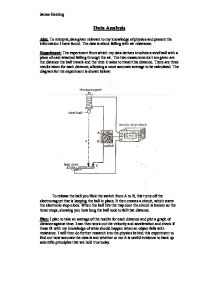 Aim: To interpretdata given relevant to my knowledge of physics and present the information I have found. The data is about falling with air resistance.

Experiment: The experiment from which my data derives involves a steel ball with a piece of card attached falling through the air. The two measurements I am given are the distance the ball travels and the time it takes to travel this distance. There are three results taken for each distance, allowing a more accurate average to be calculated. The diagram for the experiment is shown below: 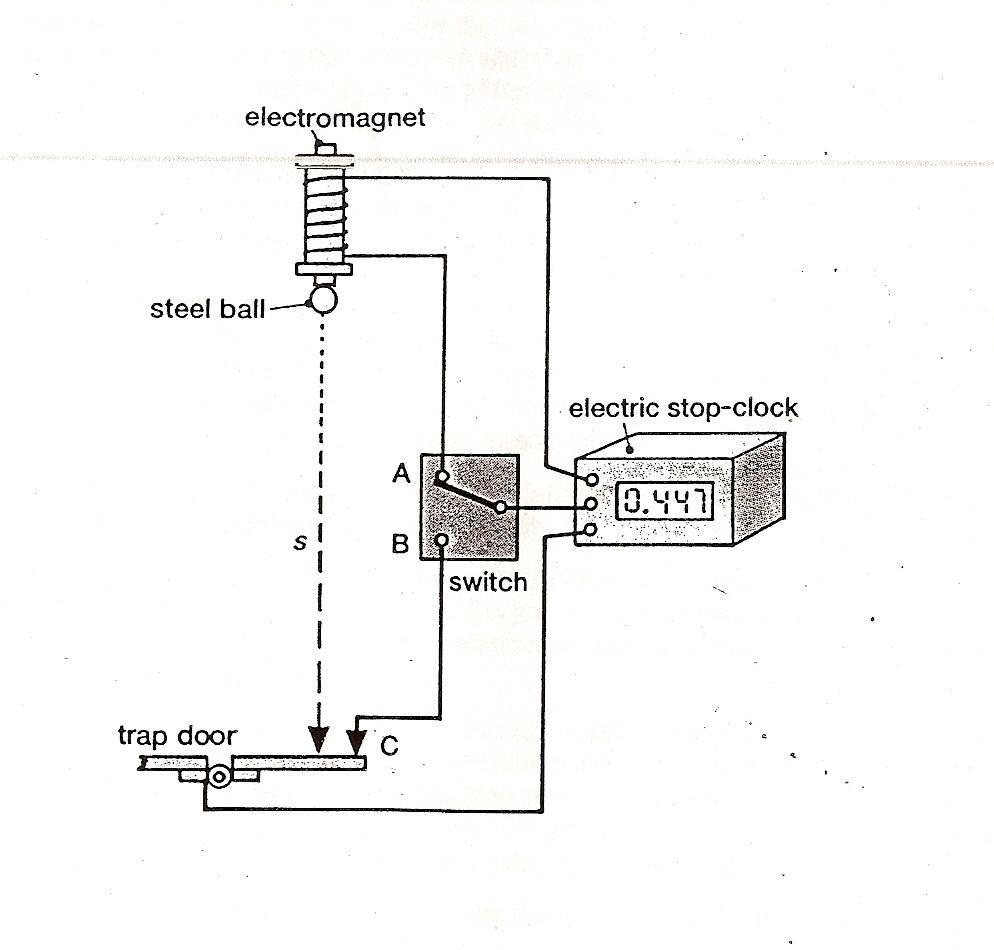 To release the ball you flick the switch from A to B, this turns off the electromagnet that is keeping the ball in place. It then creates a circuit, which starts the electronic stop-clock. When the ball hits the trap door the circuit is broken so the timer stops, showing you how long the ball took to fall that distance.

Plan: I plan to take an average of the results for each distance and plot a graph of distance against time. I can then work out the velocity and acceleration and check if these fit with my knowledge of what should happen when an object falls with resistance. I will then do further research into the physics behind this experiment to find out how accurate the data is and whether or not it is useful evidence to back up scientific principles that we hold true today.

Prediction: I know that due to Newton’s laws; when something is in free fall its acceleration should be constant. However, due to air resistance an object in free fall will eventually reach a terminal velocity. This is because, as the object hits particles of air, the force of the air against the falling object will increase until it is the same as the force of the object. At this point the object will not be accelerating as it is falling at a constant speed:

Data: The data I am using is as follows (with added averages) 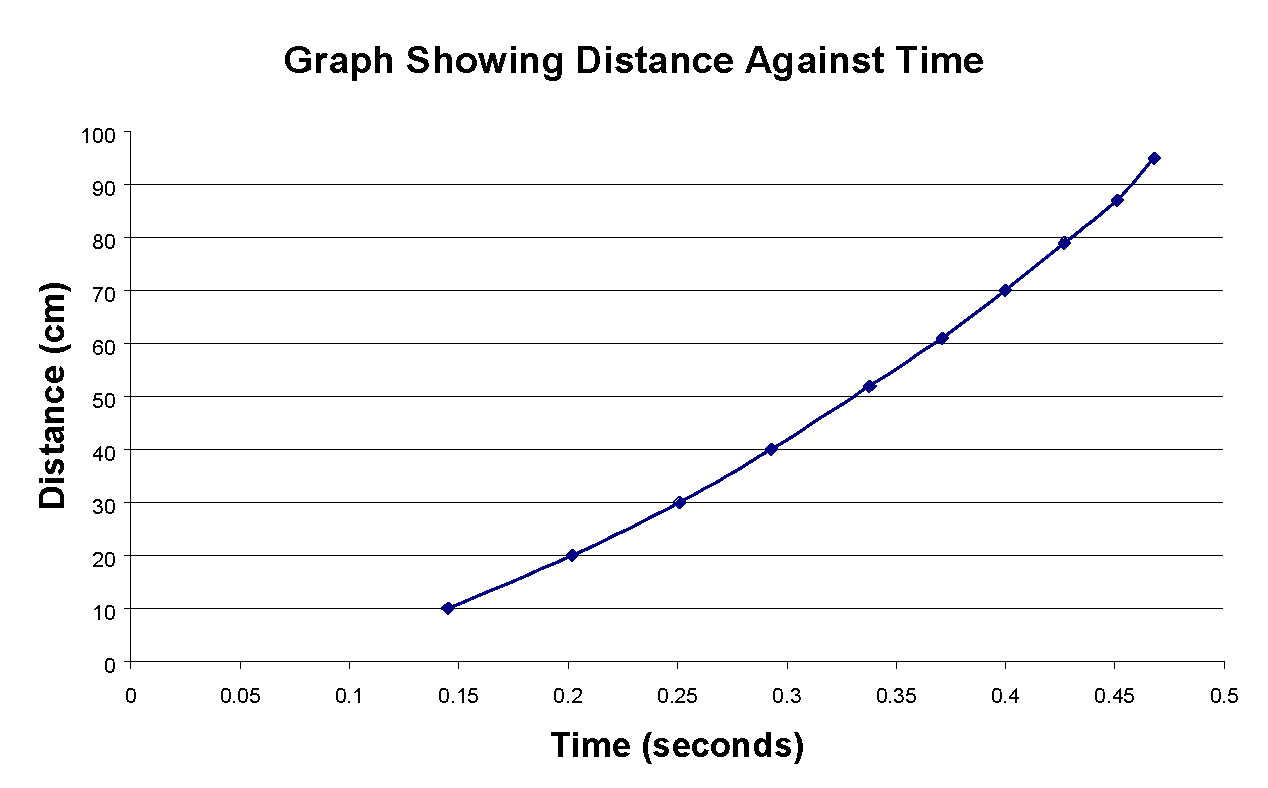 If there was a constant acceleration one would use the a SUVAT equation, the most appropriate for this is:

Therefore if the acceleration is constant then the distance must be proportional to the time squared.

I will therefore draw a graph of the distance against the time squared to see if there is a linear relationship. 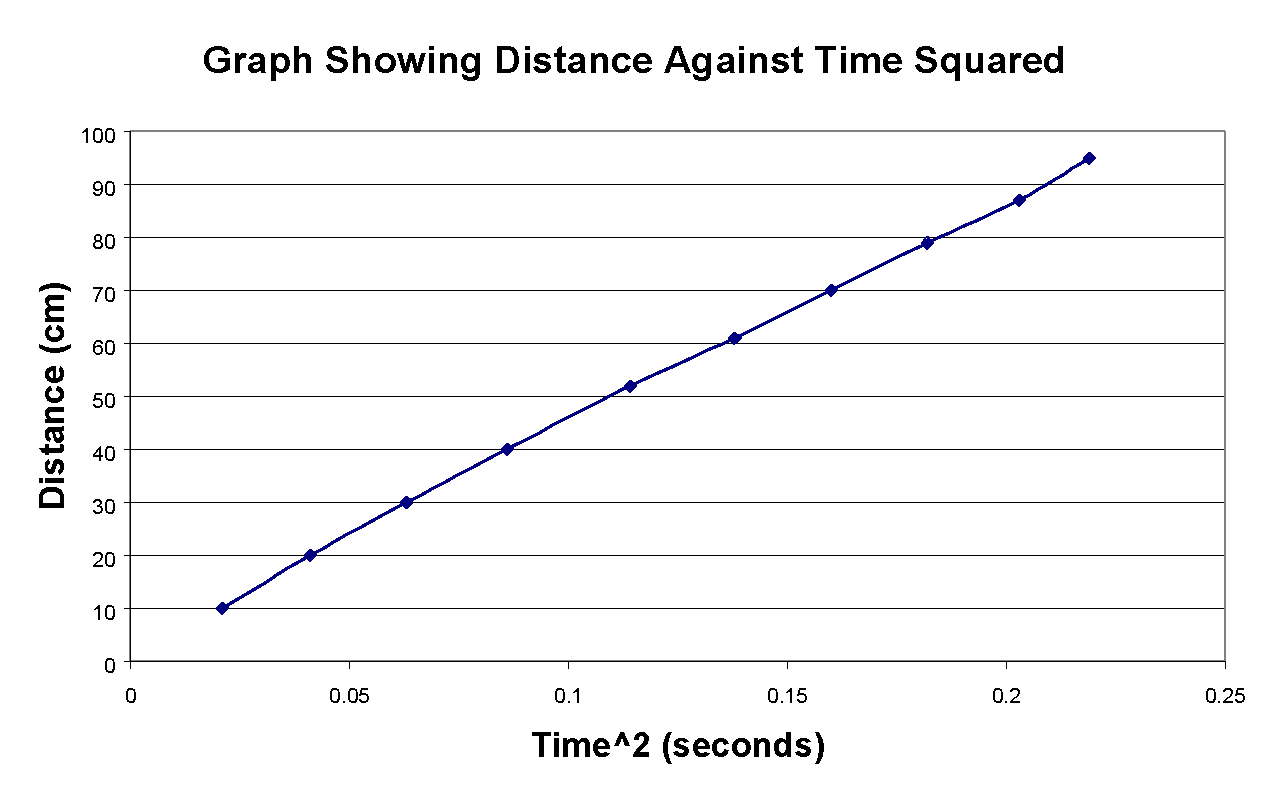 This graph shows a slight curvature, indicating that the acceleration is not constant. To investigate further I will work out the average velocity of the ball in each test and plot a velocity-time graph. To work out the velocity used the equation:  Velocity = Distance / Time 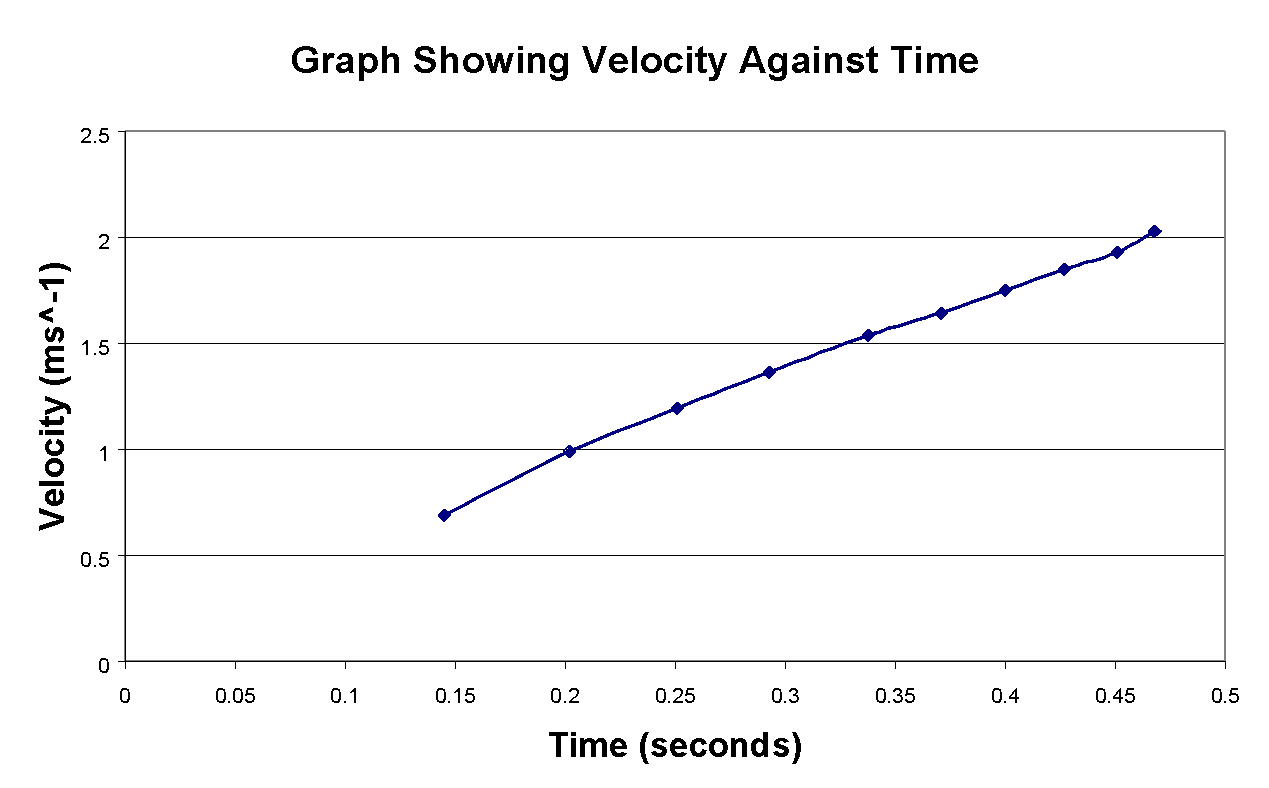 From this graph I can extract the acceleration between each test to see exactly how it changes.

I worked out the acceleration by using the equation:

The table shows that the acceleration is decreasing as the time increases, which shows the presence of air resistance in the experiment. However the second result appears to be anomalous as well because it does not fit with the pattern. 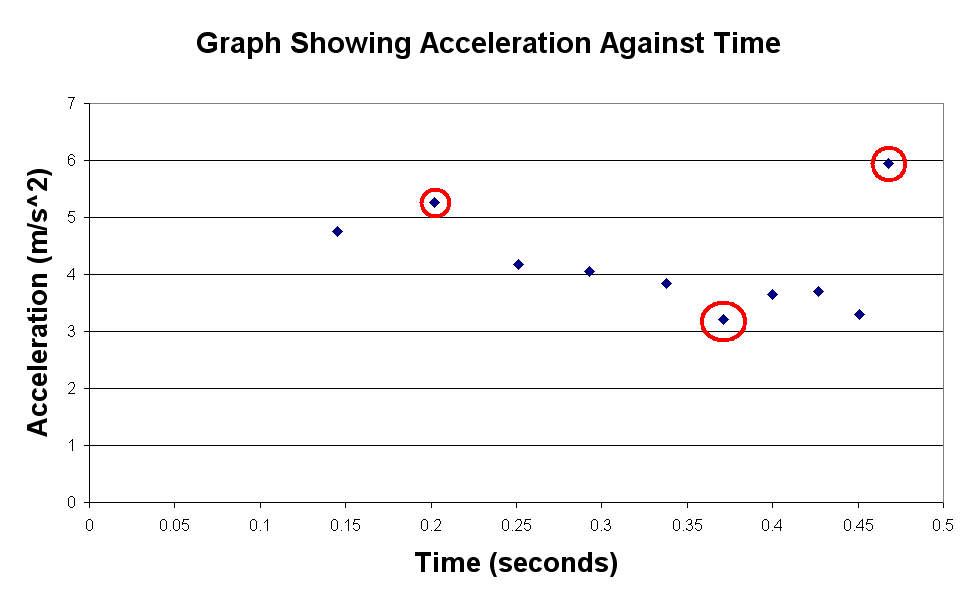 This graph shows how the acceleration is gradually decreasing but I have circled the anomalous results. The line of best fit is a curve because when the gradient reaches 0 the object will be travelling at its terminal velocity and there will be no acceleration.

Conclusion: This data shows that air resistance greatly affects an object in free fall on earth. The acceleration on earth is 9.81 m/s^2 when ignoring air resistance so the results clearly show its presence. The acceleration decreases gradually which proves my prediction that the force of air resistance increases as the object falls. To improve the experiment results could be taken at larger distances until the acceleration-time graph shows a gradient of zero, this will show us the time taken for the specific object to reach its terminal velocity. The experiment also showed anomalous results, even though averages were used, so to improve the data anomalous results should be removed and the test repeated.