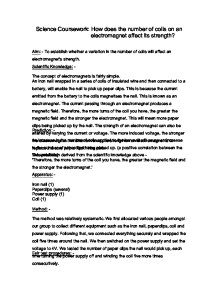 How does the number of coils on an electromagnet affect its strength?

Science Coursework: How does the number of coils on an
electromagnet affect its strength?

Aim: - To establish whether a variation in the number of coils will affect an electromagnet's strength.

The concept of electromagnets is fairly simple. 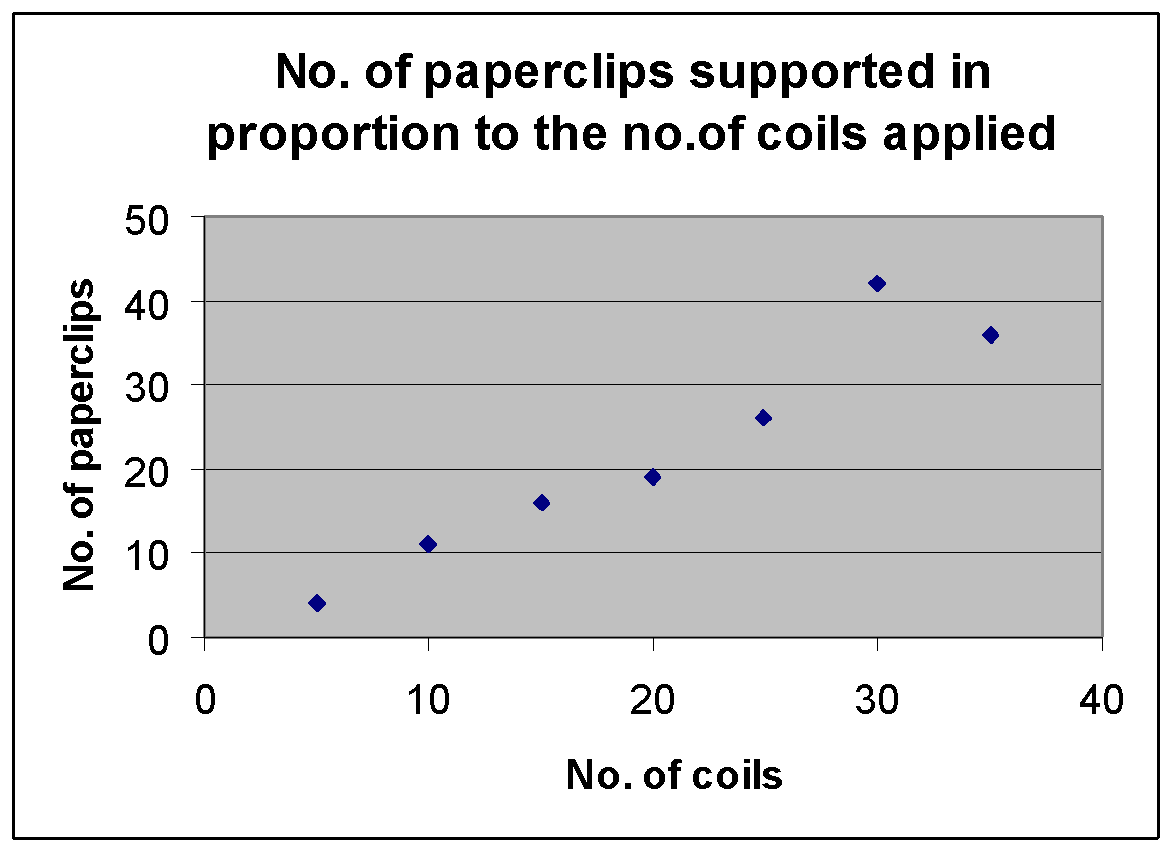 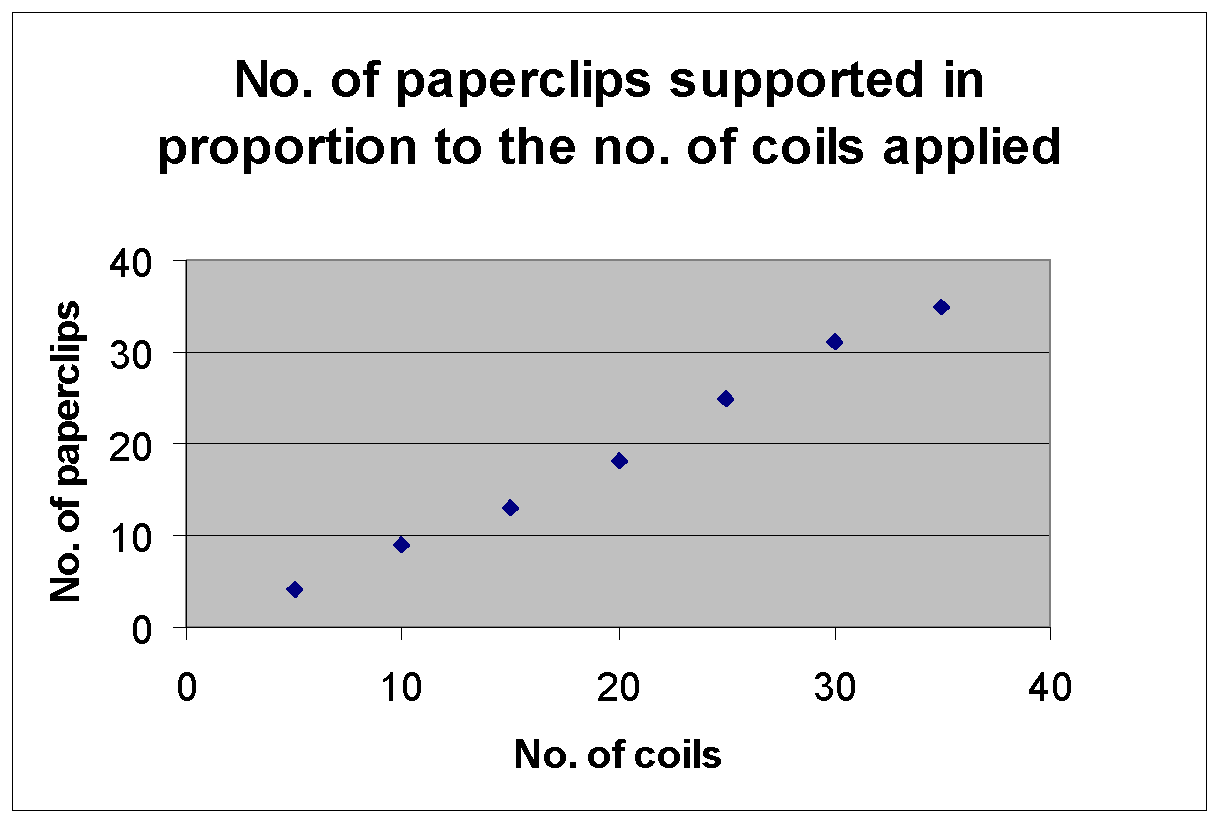 I am sure that this conclusion is correct as there were no anomalous results or irregular differences between the number of paperclips attracted when more coils were added each time.

Overall, I think the investigation I carried out was seemingly accurate, especially for the second run through. I do think however, that my investigation could have been improved by carrying out a third reiteration, with the coils distanced equally apart. This would then confirm my initial prediction and my results.

In terms of further work, I think I could have used additional apparatus such as a Hall Probe to produce much more reliable results. By using the Hall probe, I could have recorded the strength of the magnetic field each time 5 more coils were added. This would have significantly enhanced my investigation as I could see whether the magnetic field legitimately grows stronger as more coils are added rather than trusting mere theoretical information.

Overall a good piece of work for this level. Accounts for anything that might bias or confound the results and repeats the experiment in light of this which is to a good level. To improve the grade the candidate may ...

Overall a good piece of work for this level. Accounts for anything that might bias or confound the results and repeats the experiment in light of this which is to a good level. To improve the grade the candidate may have used greater scientific depth, but the essay is to a high standard for the level. The essay is mainly concise and clear with a good evaluation and conclusion.

The background behind the question and the scientific analysis provided is to a good depth. To provide a clearer method, the method should be either bullet points or numbers rather than continuous prose. The test is repeated, and anything which might affect the test is accounted for on a basic level. The graphs provided show a good level of analysis. The conclusion and evaluation are to a good standard.

Punctuation, grammar and spelling all seems fine and accurate.