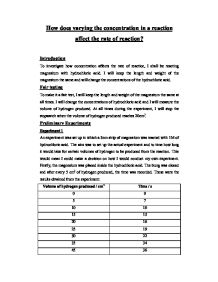 How does varying the concentration in a reaction affect the rate of reaction?

This is a well structured laboratory report. The data collected is of a reasonable quality. Specific strengths and improvements have been suggested throughout.