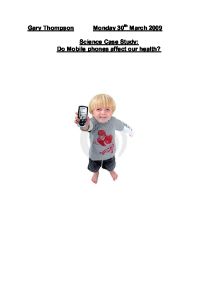 Do Mobile phones affect our health? 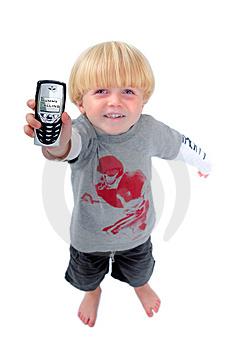 My coursework piece for physics had to be based on the topic of the effects of radiation emitted from mobile phones. Therefore, I began my case study by researching people’s opinions on the subject.

In this case study, I plan to investigate both the arguments for and against my question: “Does use of mobile phones adversely affect our health?” I will do this by using a number of sources and by researching evidence that back up my own ideas. In addition to this, I will conclude this case study with a final look at my opinion.

Mobile phones work using cells. That is where the American term “cell phone” derives from. Each cell has a base station as its centre. The base station sends and receives calls from the phone. There are three different types of base station; Macrocells, Microcells and Picocells.

Macrocells are the largest type of base stations and provide the main coverage for mobile phone networks.Its antennas can be mounted on ground-based masts, rooftops or other structures and must be high enough to avoid obstruction. 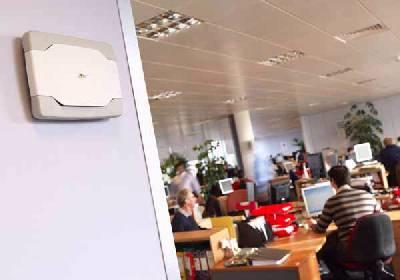 The phone communicates with base stations using radio waves. Radio waves are made by various types of transmitter, depending on the wavelength. They are also given off by stars, sparks and lightning, which is why there is interference on radios in a thunderstorm.Radio waves are the lowest frequencies in the electromagnetic spectrum, and are used mainly for communications.

Radio waves are just one type of electromagnetic radiation.  There are various types of electromagnetic radiation, radio waves having the longest wavelengths but the smallest of frequencies and gamma radiation having the shortest wavelengths but the highest frequencies. The wavelength is the distance between the same points on two successive waves and the frequency is the number of complete waves that are produced by the source in one second. This is the same as the number of waves that pass a point each second.

Visible light is emitted by sources, such as light bulbs and candle flames. The light travels from the source to our eyes, which act as detectors. All electromagnetic radiation delivers energy in “packets” called photons. The photons of different colours of light deliver different amounts of energy.

With almost every person owning a mobile phone, including “over 300,000 children in the UK using them every day”, experts often conflict with whether or not this device is harmful to our health.

Reliability: This website is not very reliable because this is a news article and the author most likely doesn't know much about the subject. There are not many scientific facts to prove why or how people are affected by mobile phones.

Reliability: This website has some convincing facts about mobile phones and radiation but, because this isn't a trusted source, the information could be very easily edited.

Reliabilty: This website is very mainstream and seems to know a decent amount of facts about cancer. I find this very reliable because it isn't a newspaper article and they have thoroughly described how unrelated mobile phones are to cancer.

Reliabilty: Even though this website contains some scientific facts about radiation, I find it too opinionated to be reliable.

The candidate has sensibly included a contents page, which is often a good idea if you are writing a report that includes several pages of work, as it allows the reader to clearly see what you plan to discuss and ...

The candidate has sensibly included a contents page, which is often a good idea if you are writing a report that includes several pages of work, as it allows the reader to clearly see what you plan to discuss and it can help you keep on track so that you cover all the necessarily areas. In addition to this the candidate has written a good introduction, they clearly state what they will look at and the purpose of this report is obvious. However, they could have made their introduction more interesting by writing a brief introduction to this topic or by including an interesting fact or quote relating to mobile use. This would help to get the readers attention, so that they are interested in what you have to say, this means they will be more likely to read all of your work rather than simply skim through it.

It is evident from the type of information the candidate has provided that they have taken the time to undergo independent research, which is essential when writing a report. This shows dedication and an interest in your subject and the additional information you include in your report can make it more enjoyable to read. Furthermore the candidate has put together a bibliography, which is an important addition, if you use books or the internet to help write your report then you need to state the sources you have used. This allows the reader to see the steps you have taken to prepare report and it also shows that your work is not plagiarised. However the candidate has not included the links to the images they have used throughout there work which is a mistake, this are equally important and should be included in a your bibliography. That said the candidate has also included information for both sides of the mobile phone debate which is essential, you cannot form your own opinion without looking at both sides of the story. In addition to this they have included a section in their report for evidence relating to ill health from mobile phone, unfortunately though they haven't gone into much detail, had they taken the time to read scientific journals and reports they could have provided a much more detailed section about current scientific evidence relating to this. This would have brought their work up to a much higher standard, though it is not something expected of you at GCSE level.

This piece of work is very well written, the candidate clearly understands the topics they are discussing and most importantly they have used information from their research and rewritten this into their words. In addition to this they have used a good range of vocabulary, there are no grammatical errors and there are only a few spelling errors, which could have been picked up had the candidate double checked their work.