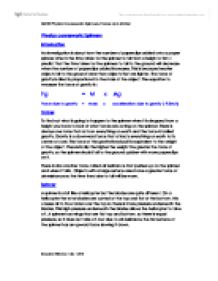 My investigation is about how the number of paperclips added onto a paper spinner affects the time taken for the spinner to fall from a height of 3m.

My investigation is about how the number of paperclips added onto a paper spinner affects the time taken for the spinner to fall from a height of 3m. I predict that the time taken for the spinners to fall to the ground will decrease when the number of paperclips added increases. This is because heavier objects fall to the ground faster than objects that are lighter. The force of gravity is directly proportional to the mass of the object. The equation to measure the force of gravity is :

To find out what is going to happen to the spinner when it is dropped from a height you have to look at what forces are acting on the spinner. There is always one force that acts on everything on earth and the force id called gravity. Gravity is a downward force that attracts everything on earth to its centre or core. The force of the gravitational pull is equivalent to the weight of the object. Theoretically the higher the weight the greater the force of gravity, so the spinner should fall to the ground quicker with more paperclips on it.

There is also another force called air resistance that pushes up on the spinner and when it falls.  Objects with a large surface area have a greater force of air resistance so the time they take to fall will be more. 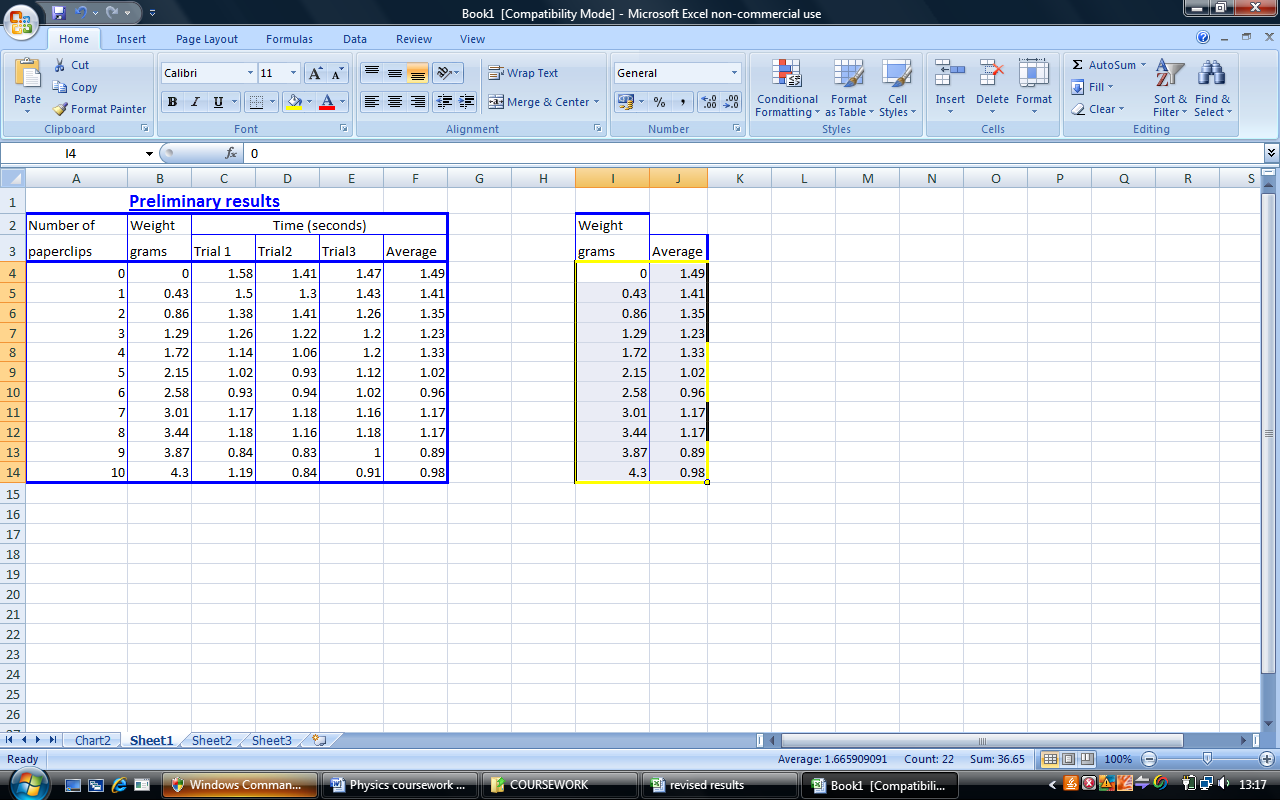 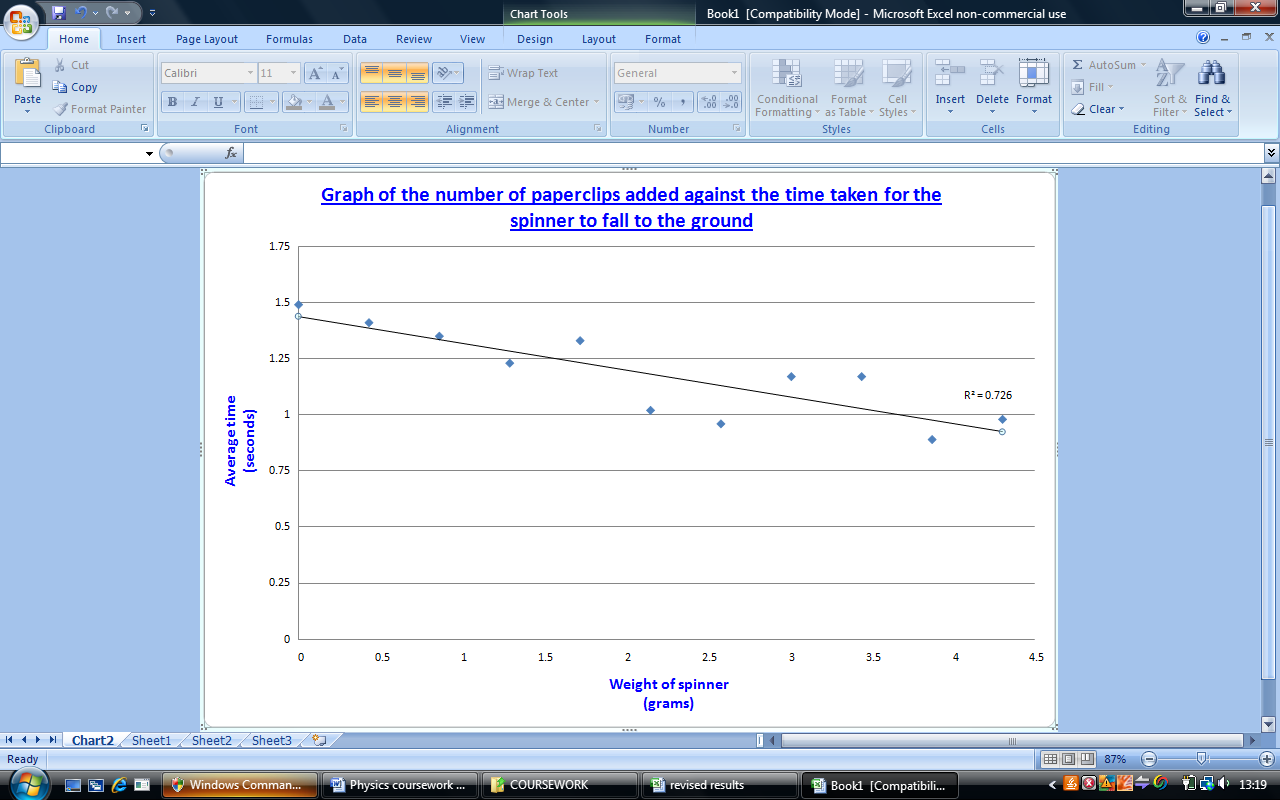 The average results decrease almost steadily and slowly until the fourth paperclip is added with a maximum decrease in time of 10 seconds. There is a 0.31 second difference from the fourth to the fifth paperclip; this could be due to wind as the window was not closed. It could not have been because of the wing span, material or weight because we used the same spinner for all the experiments and the weight is the independent variable so it has to change and I do not  believe it was easy to make mistakes with adding the weight. The only other explanation is that the height it was dropped from was different which is possible because I had to reach up to get the spinner to reach 2 metres. This could account for small changes that do not fit the trend, like the anomaly for the fifth paperclip.

The small differences in time taken to fall to the ground are probably due to the time it takes for the person to hit the start and stop button on the stopwatch and the slightly large differences are because of the person dropping the spinner is not timing the fall, so if he timed the fall instead of the person watching then we can get results that have a smaller range.