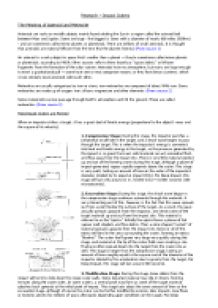 The Meaning of Asteroid and Meteorite

Asteroids are rocky or metallic objects mainly found orbiting the Sun in a region called the asteroid belt between Mars and Jupiter. Some are large - the biggest is Ceres with a diameter of nearly 600 miles (950km) - and are sometimes called minor planets or planetoids. There are millions of small asteroids. It is thought that asteroids are material leftover from the time that the planets formed. (From source 1)

An asteroid is a rocky object in space that's smaller than a planet — they're sometimes called minor planets or planetoids, according to NASA. Other sources refer to them loosely as "space debris," or leftover fragments from the formation of the solar system. Asteroids have no atmosphere, but many are large enough to exert a gravitational pull — some have one or two companion moons, or they form binary systems, which is two similarly sized asteroids orbit each other.

Meteorites are usually categorized as iron or stony, iron meteorites are composed of about 90% iron. Stony meteorites are made up of oxygen, iron, silicon, magnesium and other elements. (From source 2)

Some meteoroids survive passage through Earth's atmosphere and hit the ground. These are called meteorites. (From source 3)

How Impact Craters are Formed

3. Modification Stage: During this stage, loose debris from the impact will tend to slide down the steep crater walls. Some loosened material may slip in sheets, forming terraces along the crater sides. In some craters, a central peak may form as some of the target material splashes back upwards at the initial point of impact. This stage lasts about the same amount of time as the excavation stage, although of course the crater can be further modified by erosion, later impacts, lava flows or tectonic activity for millions of years afterwards depending upon conditions on the target. For Deep Impact, this stage is not very important, since the low gravity on the comet will probably only cause some small amount of collapse near the rim. There will not be the uplift that can be seen in larger craters, so there will be no central peak. (From source 4) 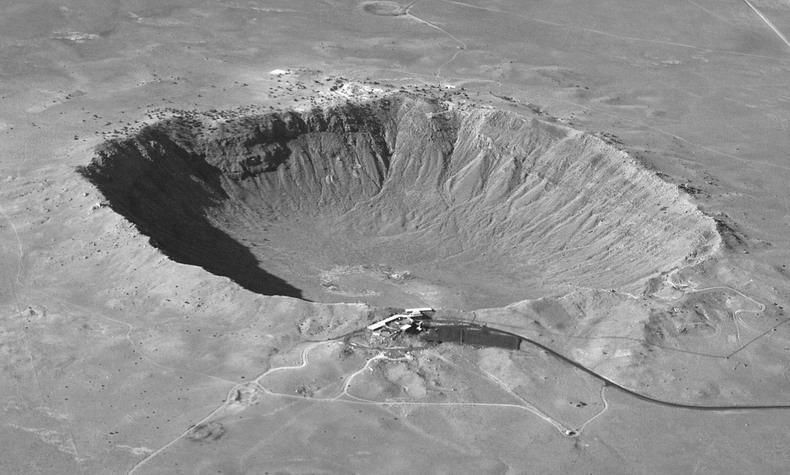 The crater measured three-quarters of a mile (about 1 kilometer) wide and 750 feet deep.

The greater something’s mass and the faster it’s going, the bigger its kinetic energy will be. The kinetic energy of something depends on both its mass and its speed. When something falls, its gravitational potential energy is converted into kinetic energy, so the further it falls, the faster it goes. But when a falling object reaches terminal speed it can’t go any faster so its kinetic energy doesn’t increase. Instead, the gravitational potential energy is transferred to internal energy of the object or it’s not used heating up the air particles through friction – so it’s turned into thermal energy. (From source 9)

A video of a meteoroid hitting Russia:http://www.youtube.com/watch?v=R95Pe5FTYbo. From this video I can tell that heat energy and light energy is produced. 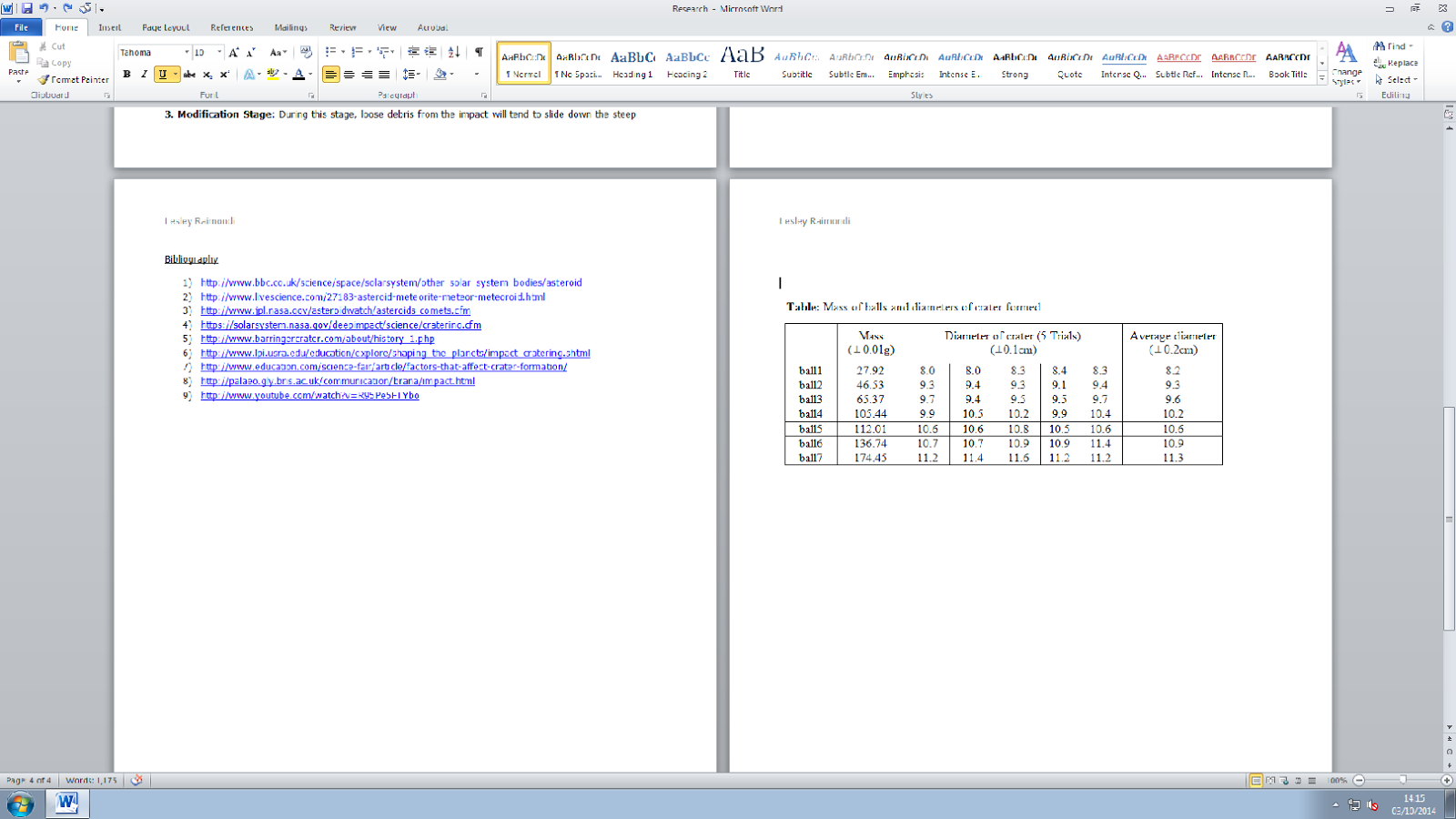