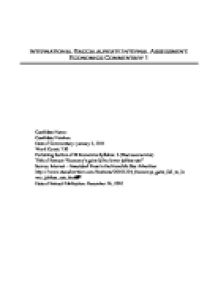 Throughout the extract, focus is placed on America's lagging job market compared to recent economic improvement. Relative economic logic suggests that as an economy recovers, the unemployment rate (Unemployment Rate - "percentage of the labor force unemployed at any time.1") would consequentially improve. However, as the extract implies, this process occurs at a delayed pace due to the severity of the latest economic downturn and the resulting massive layoffs that cannot be matched with current job creation. Although the overall job market remains strained from recession, the extract notes the decline in initial claims for unemployment insurance down to 420,000 as "a significant improvement after hovering most of the year above 450,000". This, however, does not reflect openings in the work force, but rather that fewer workers are being laid off and the beginning of recovery to pre-recession jobless levels. Therefore, the prevailing problem in America's job market no longer lies with the layoff situation, but rather the reluctance of employers to rehire or create new jobs. ...read more.

is higher than real GDP (GDPCA)), and with low unemployment, the gap narrows or becomes negative. During the recession periods, the diagram shows the gaps positively widen and, due to the drastic climb in unemployment in the 2008-2009 Great Recession, real GDP began to fall, creating the widest gap shown. Through analysis of the extract and diagrams, one can conclude that the United States displays a modernly unprecedented positive GDP gap which represents failure of the economy to fully employ all of its given resources. Therefore, even though the economy has made gains in GDP, it is still not fully utilizing its entire labor force which causes the United States to function inside of its PPC. Since the economy is not at full productivity, greater possible gains in GDP are irreversibly forgone, leaving weary employers responsible. 1 - Defined by: Economics: Principles, Problems, and Policies, 15th edition textbook by Campbell R. McConnell and Stanley L. Brue, publisher: McGraw-Hill Irwin. 2 - Graph generated from Economic Data at Federal Reserve Bank of St. Louis, <http://research.stlouisfed.org/fred2/>. ?? ?? ?? ?? http://www.staradvertiser.com/business/20101224_Economys_gains_fail_to_lower_jobless_rate.html# ...read more.