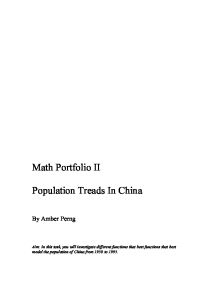 By plotting the above data points in autograph, we get: 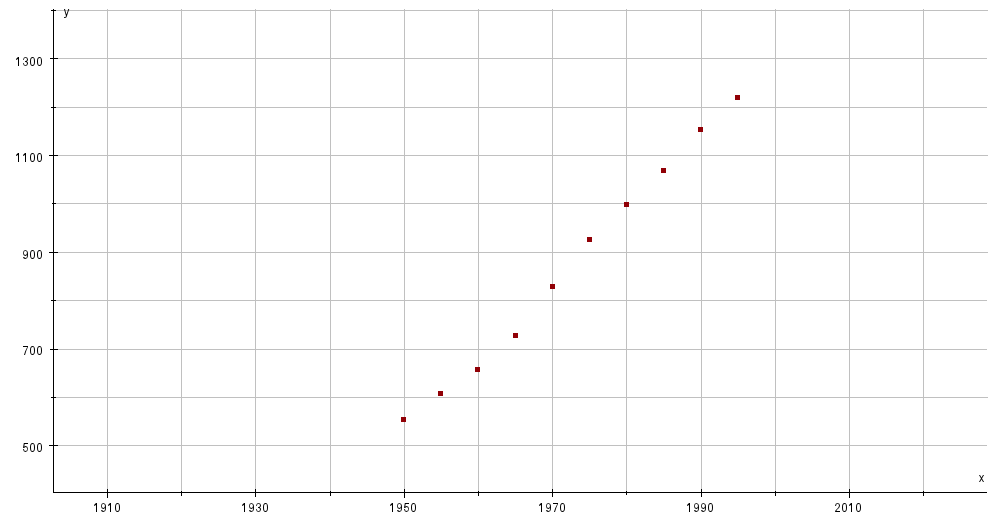 y-axis: the population of China (p)

The above graph is plotted according to the population of China from 1955 to 1995. The points show that the population has increased at a constant rate, but had increased a little more from 1765 to 1970 comparing to other years, before it returned back to the constant increase.

To create a model function to fit the behaviour of this graph, I will use linear,

quadratic and exponential  functions to find its best fit.

I chose these two points because they are the only two combinations that are all integers, which will be easier to calculate. 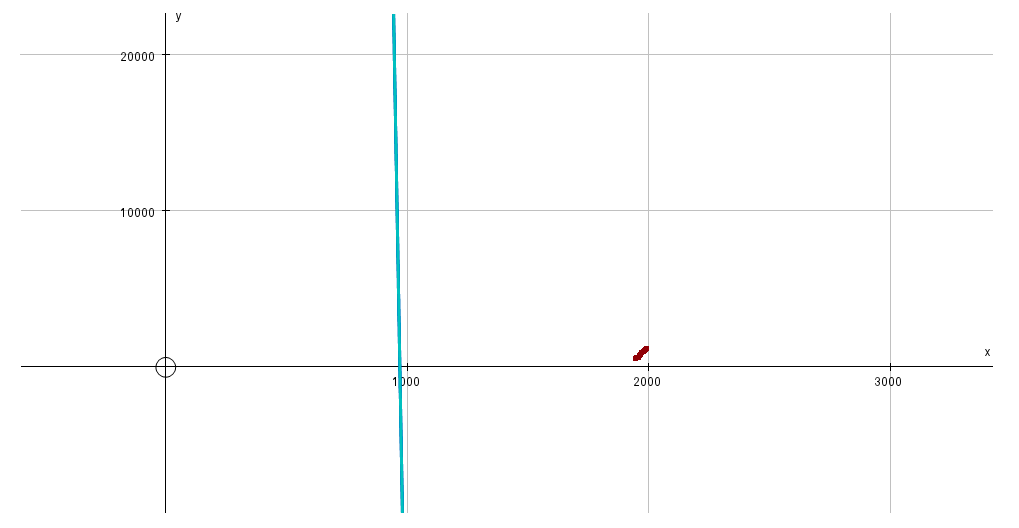 According to the graph, we can see that quadratic function did not fit the points at all. Below is a recalculation by plotting variable x into the equation:

From the recalculation, we could see that this equation has an inconstant parameter c, which it varies the value of y when adding itself onto the number, thereby unable to provide an appropriate curve.

I then used Graphic Digital Calculator to revise the equation, below is what the values given by the calculator:

It shows that the values of what I calculated are far from the correct value; this may be another reason of the result of the incorrect graph.

I then decided to try another type of quadratic function.

A researcher suggests that the population, P at time t can be modeled by:

, where K, L and M are parameters.

This is a simple logistic function. 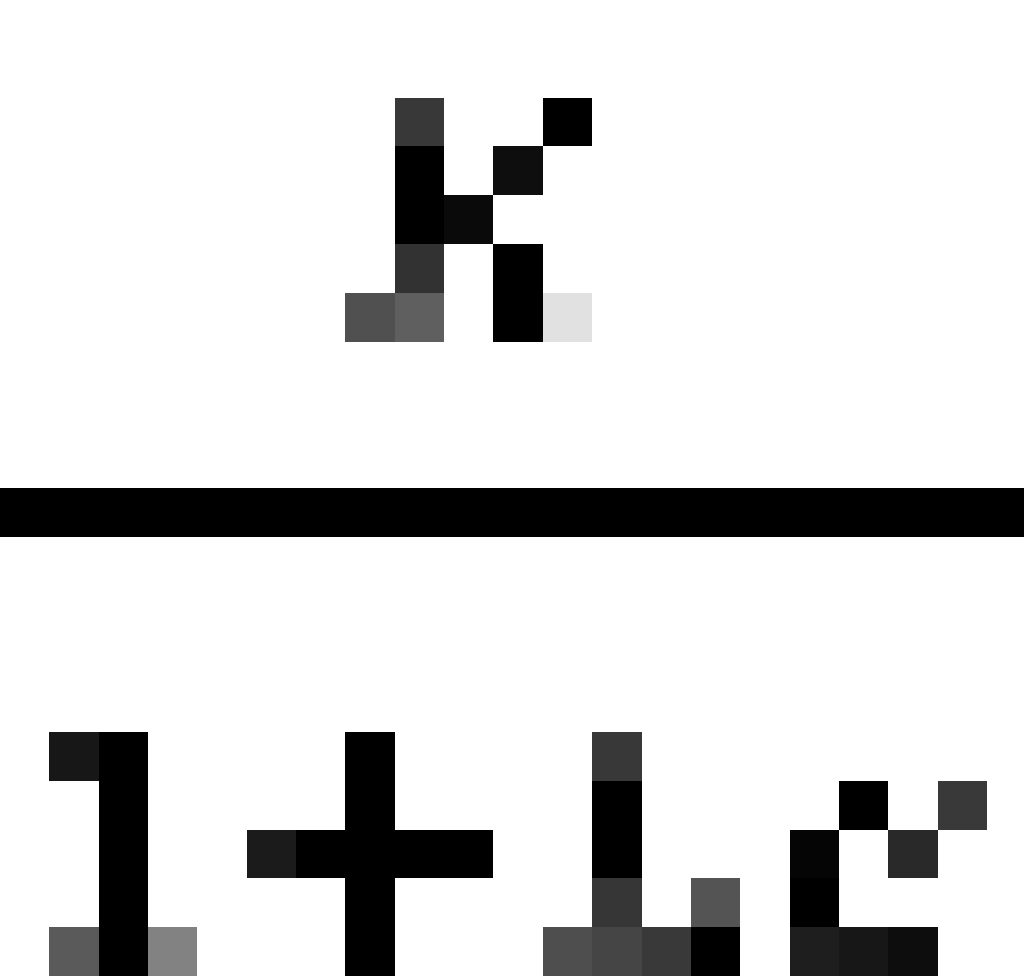 , which K is at its maximum because it is indirectly proportional to parameter t.

Therefore, according to the given data from the above table, we can use GDC calculator to find the parameters:

By substituting the values of K, L and M into the formula, we have:

Here are additional data on population trends in China from the 2008 World Economic Outlook, published by the International Monetary Fund (IMF):

In which we have the following graph containing all the points: 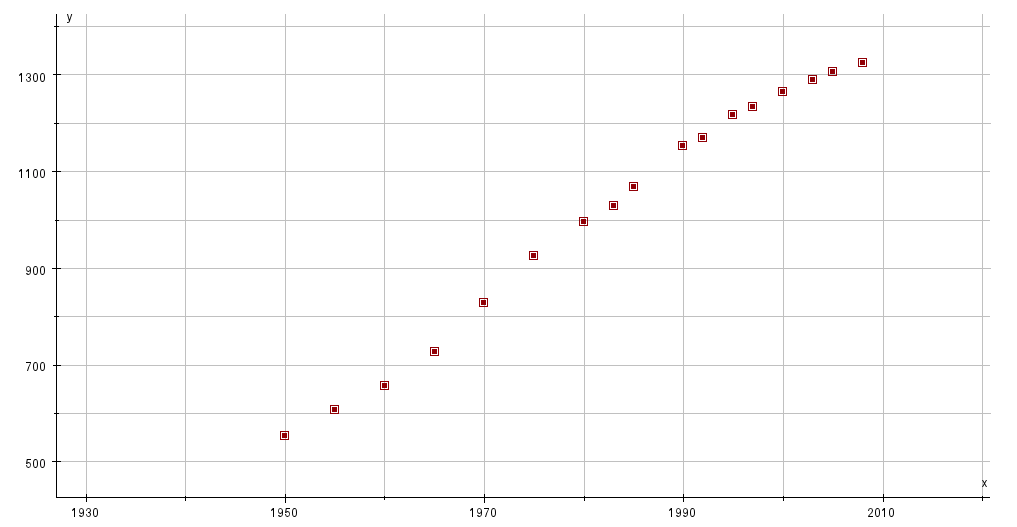 I use the function

Which I then plot the equation into the graph: