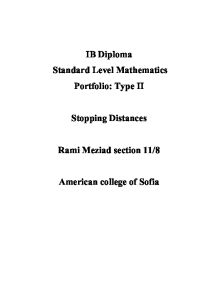 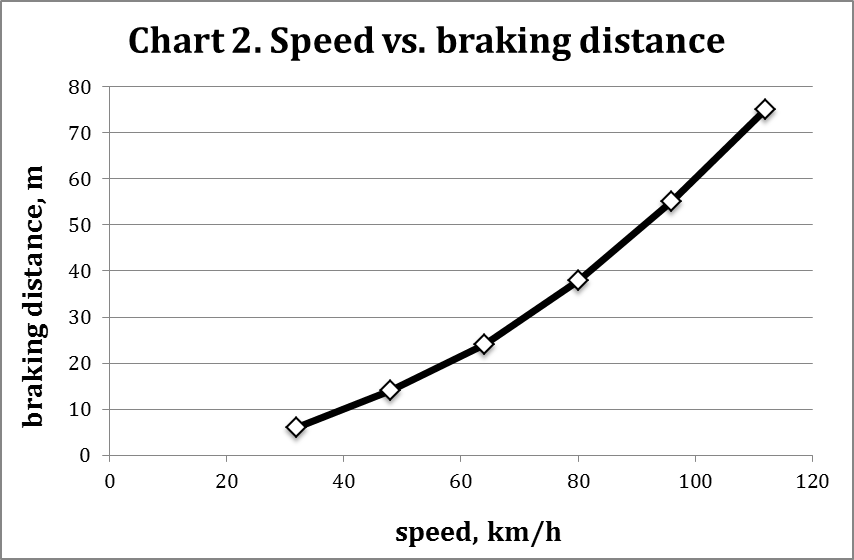 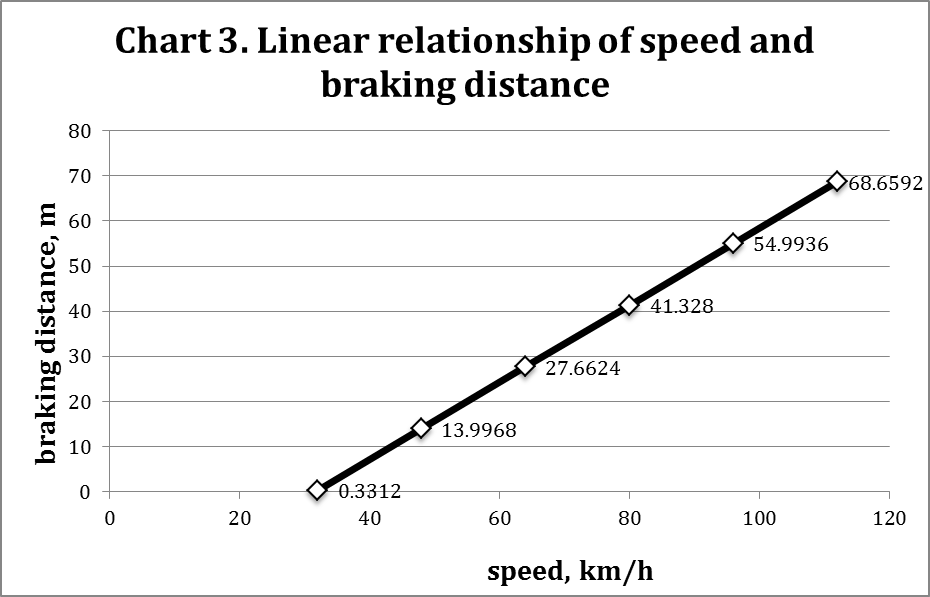 From chart two it is clear that the points represent a curve which is suitable for quadratic or cubic equation. For the quadratic equation of the type: y = ax2 + bx + c, the graphic software calculates the relationship in the following way: y = 0.0061x2 – 0.0232x + 0.6 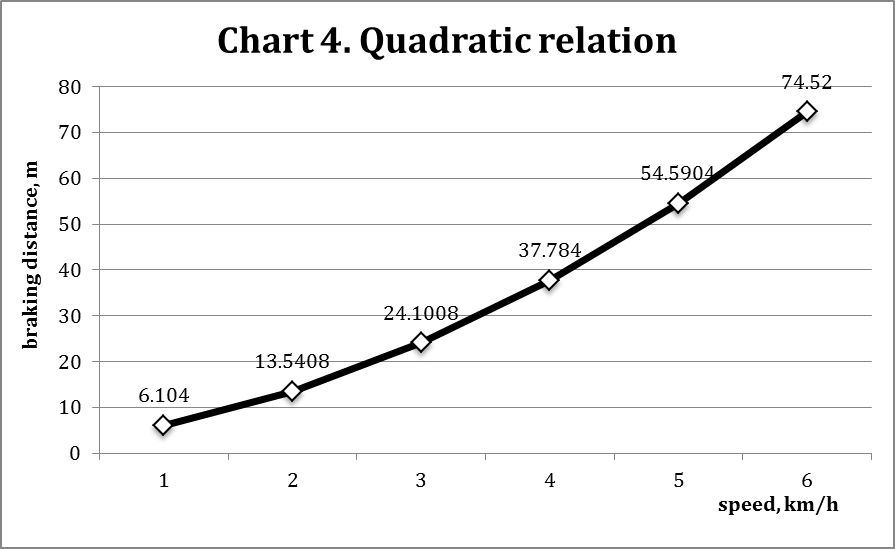 The software calculates for the quadratic relationship:

In the graphs above, the plotted points are in a curve. This is possible in two cases: if there is a quadratic relationship or a cubic relationship. As it’s seen from the equation for the quadratic and cubic relationships, they both fit the data properly. However, the cubic function is only suitable for this data,

Clearly, the quadratic equation is a better predictor of the total stopping distances.

How does it fit the model and what modifications can be made?

The additional points have been plotted in bold in collaboration with the stopping distance data created from the initial data. As we can see on the graph, the additional information is fairly accurate, and fits the model perfectly. There are no major modifications needed, as the data seems to fit on to the line rather perfectly. One minor addition rather that modification that could be made is to try the vehicle’s highest speed to see whether or not this model is valid through all the speed of the vehicle. 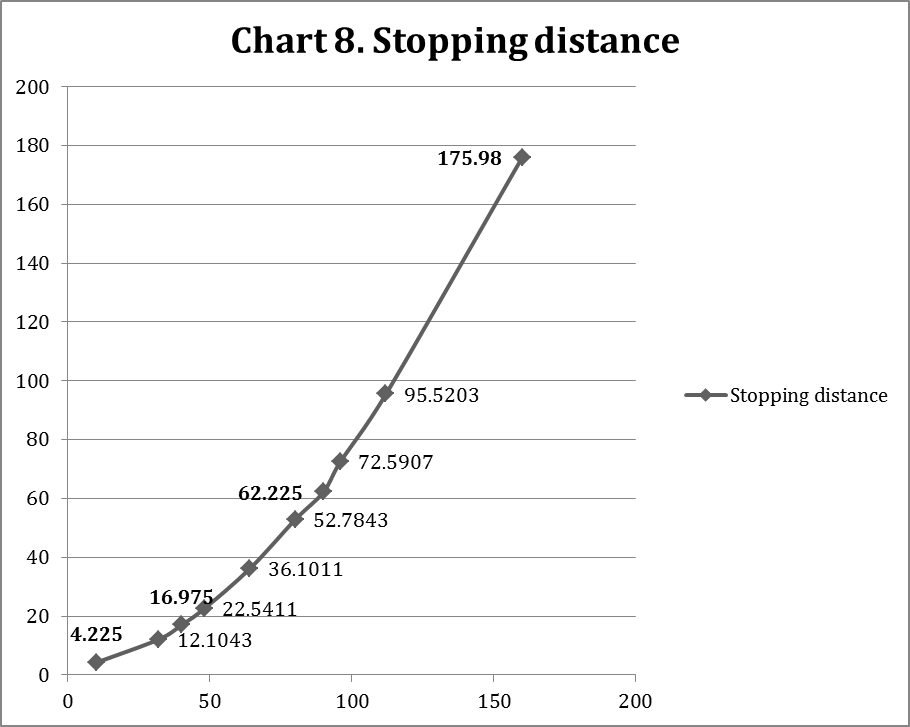 In conclusion, it is clear that there is a linear relationship between the speed and thinking distance, whilst there is a quadratic relationship between the speed and breaking and the stopping distances. This seem to be an obvious outcome because it makes sense that when the car is at a low speed, the break will be pushed down in a controlled manner, hence making the distance increase quicker than the time, where as, if the vehicle is going at a much quicker speed, the driver will tend to push down on the brake more abruptly and will stop over a smaller distance but quicker.