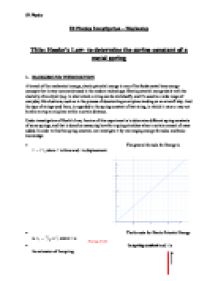 Hookes Law- to determine the spring constant of a metal spring

Title: Hooke’s Law- to determine the spring constant of a metal spring

A branch of the mechanical energy, elastic potential energy is one of the fundamental base energy concepts that is very commonly used in the modern technology. Elastic potential energy deals with the elasticity of an object (e.g. to what extent a string can be stretched?), and it’s used in a wide range of everyday life situations; such as in the process of decelerating an airplane landing on an aircraft ship. And the type of strings used there, is regarded to the spring constant of that string, in which it may or may not be able to stop an airplane within a certain distance.

Under investigation of Hook’s Law, the aim of this experiment is to determine different spring constants of some springs, and that is done by measuring how far a spring stretches when a certain amount of mass added. In order to find the spring constant, we investigate it by rearranging energy formulas and basic knowledge:

the extension of the spring.

From this information we can extract that

, the spring constant can be found as follows:

What is the role of the spring constant in the relationship of force and extension and how can it be determined?

The independent variable of this experiment is Mass (the number of masses added) and the dependent variable is Extension (the extension of the spring). The control variables are the same ruler used (the same scale) with the same initial positions (each spring was measured by the ruler sat on 4 cm), as well as the same masses are used for each spring.

The equipment used to conduct this experiment are:

The uncertainty in the Masses Measurement was + 1 g

The uncertainty in the Ruler Measurement was + 0.05 cm 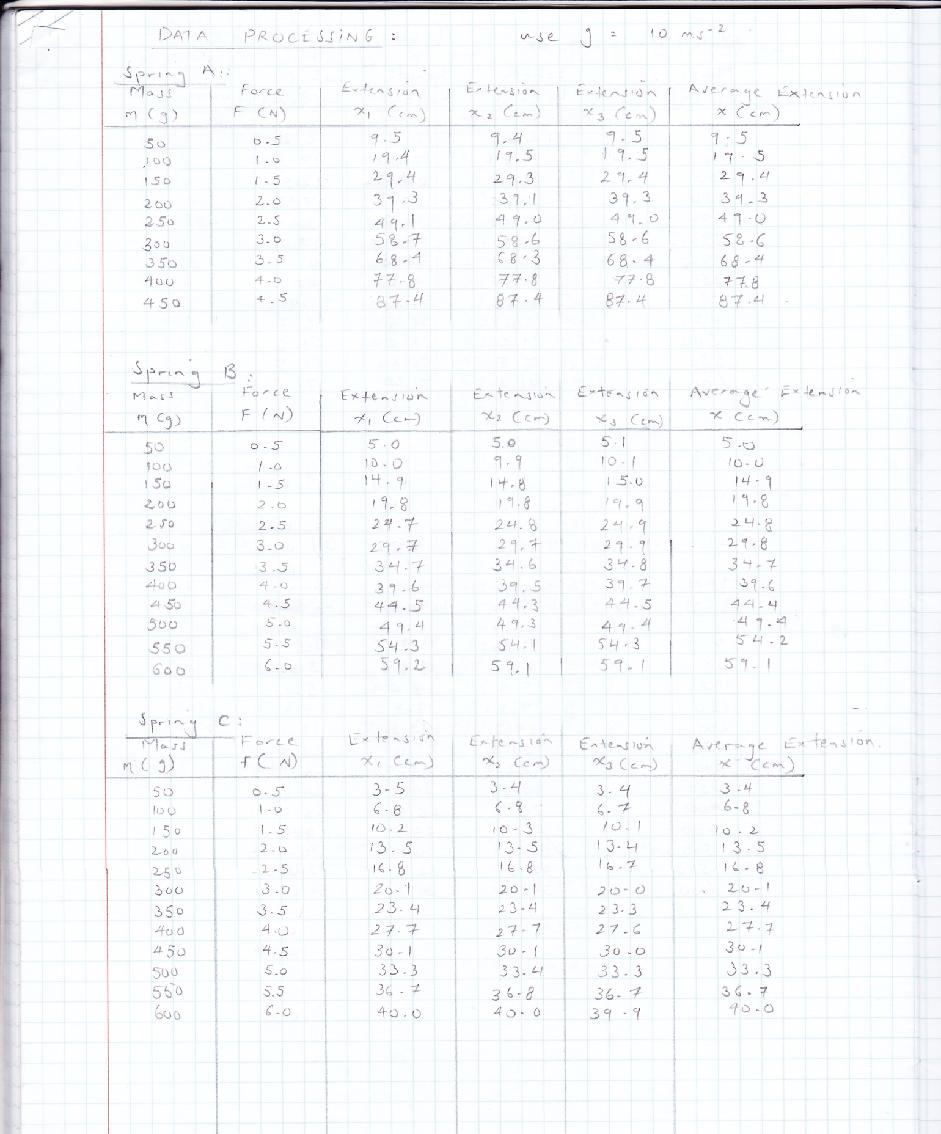 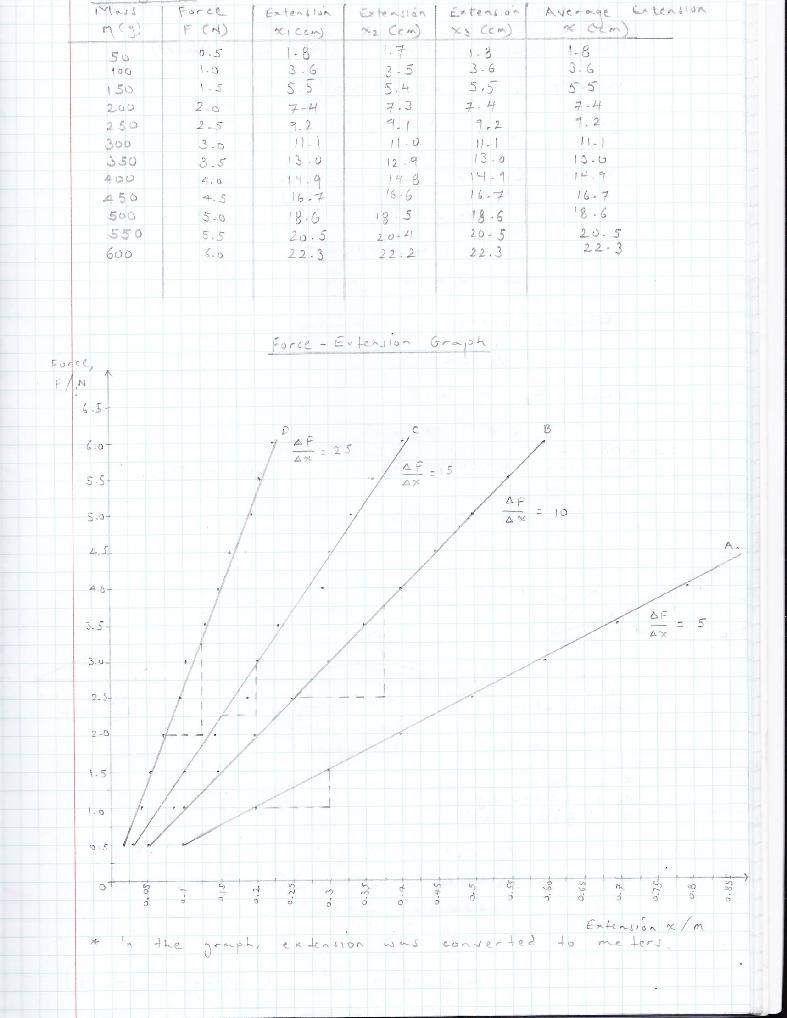 The results support my hypothesis that states that the spring with the least spring constant will extend most. And that’s shown in the graphs, the most extended spring, which is spring A has the smallest slope (i.e. the spring constant). Whereas spring D, which is the steepest linear graph extended least among all 4 springs.

Possible sources of errors that may have limited the certainty of the results could be:

The gradient of spring C’s graph:

The percentage uncertainty of spring C is

The gradient of spring D’s graph:

The percentage uncertainty of spring D is 1.08

The followed procedure achieved a good level of accuracy which was demonstrated in the results that were quite reasonable in comparison to reality. The equipment used in the procedure are not very sensitive however, hence the results weren’t very accurate because the range of uncertainty is not negligible. But the range could be narrowed by developing the design of the procedure, using some more sensitive equipments/better method.