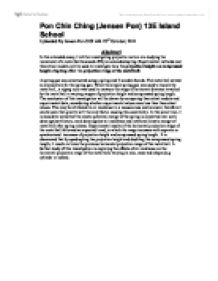 In this extended essay, I will be investigating projectile motion via studying the movement of a metal ball bounced off by an unloaded spring. Experimental methods and theoretical models will be used to investigate how the projection height and compressed

In this extended essay, I will be investigating projectile motion via studying the movement of a metal ball bounced off by an unloaded spring. Experimental methods and theoretical models will be used to investigate how the projection height and compressed length of spring affect the projection range of the metal ball.


A spring gun was constructed using a spring and 5 wooden boards. The metal ball served as ammunition for the spring gun. While the simple spring gun was used to launch the metal ball , a zigzag ruler was used to measure the range of horizontal distance travelled by the metal ball at varying ranges of projection height and compressed spring length. The conclusion of this investigation will be drawn by comparing theoretical models and experimental data, considering whether experimental values were less than theoretical values. This may be attributed to air resistance in a vacuum-less environment, therefore it can be seen that gravity isn’t the only factor causing this uncertainty. At the same time, it is should be noted that the elastic potential energy of the spring is converted into work done against friction, work done against air resistance and rotational kinetic energy of metal ball after spring release. Experimental results of the horizontal projection range of the metal ball followed an expected trend, in which the range increases with separate or synchronized  increases of projection height and compressed spring length.  It is discovered that by quadrupling the projection height and doubling the compressed spring length, it results in twice the previous horizontal projection range of the metal ball. 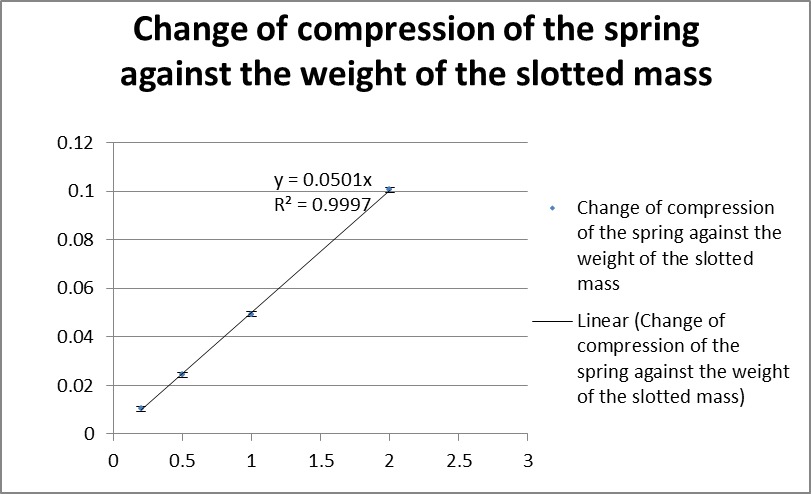 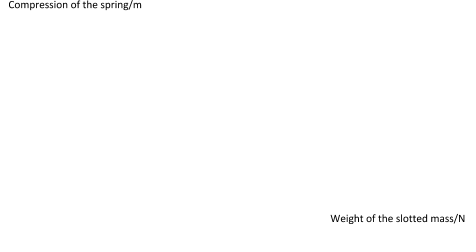 Since F=kx (where F is the force applied to the spring, k is the spring constant and x is the compression of the spring) , the slope of the graph=1/k.

Now having collected the data we can determine the square root range of the metal ball. The data are listed below along with its corresponding theoretical values. (gravity = 9.81ms-2). Note that the square root values are rounded to two decimal places:

An investigation on how range is affected when launching the metal ball at different angles is worthy of scholarly inquisition. However, stating a hypothesis proves to be a complicating task as different projection angles leads to different amount of gain in gravitational potential energy during the trajectory of the metal ball. An experiment setup in which the metal ball does not gain gravitational potential energy during its trajectory can be used to investigate this experimental variable- different launch angles, simplifying the investigation. Also, to expand on this investigation, we could introduce another variable, which in this case is surface area and shape. For instance rather than using just metal balls, I could use cylinder shape and bullet shaped projectiles.

By conservation of energy, during the ejection of the metal ball,

After the metal ball is projected

Consider the vertical motion of the metal ball,

Consider the horizontal motion of the metal ball,