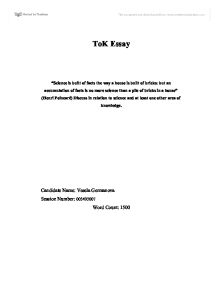 The different interpretations of the different people give us a lot of theses. When we impose our personal opinion on the problem than we form our own thesis, which can be valid only for us. The significant moment here is that each personal opinion or interpretation has to make sense, to be supported by facts and other proofs. That is why the physician and famous writer Oliver Wendell Holmes (1841 - 1935) said "A page of history is worth a volume of logic"1. To build a house from the pile of bricks you must use the cement of other conjunction, the same is for logic and understanding when it comes to History or any other area and way of thinking for example language. Language is the tool without we won't be able to communicate and interact, to have normal life. The term "language" has many sides and meanings. For a little abstract definition of the term one could be accepted the statement of the chemist Humphrey Davy "Language is the not only the vehicle of thought, it is a great and efficient instrument in thinking"2. But when we are looking for an easier explanation we can briefly say, that it is a system of signs, symbols (the letters), which are formed together in order for words to be created. ...read more.

The thing that relates the pile of bricks to the house, the accumulation of facts to science and to words and the meaningful text, and that is exactly the logic. At the end of my essay I would like to mention that logic is the heart of every scientific knowledge - natural and human. It helps us to know where and which formula to use to solve the problem, to understand the relation between different phenomena, to interpret properly the primary or abstract meaning of the facts, words, symbols, signs, etc. Actually, it is important to know what exactly "Science" is. According to some dictionaries "Science" is "knowledge attained through study or practice" or "knowledge covering general truths of the operation of general laws, especially as obtained and tested through scientific method [and] concerned with the physical world."4 I observe science as a puzzle, which has to be solved. Science is based on facts, events, experiments, tests which are connected the same way as a house is built on a pile of bricks. The way of binding the pieces of the puzzle and becoming knowledge is only trough logical thinking and understanding. Again we are faced to the question how we understand the things around us. Every person has a different concept of the surrounding world and that gives us the power to create colored diversity in life. ...read more.