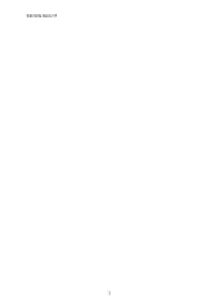 How could materials, renewable technologies and adapted processes be used in future sustainable housing?

﻿Gabriella Azanu S7 ________________ Table of Contents Introduction The Project Within the Wider Context of Climate Change BedZED Context and history Description of features Processes Technology Materials Greenwich Millennium Village Context and History Description of Features Processes Technology Materials Evaluation Comparison of BedZED and GMV My Proposal for a Sustainable House Processes Technology Materials Bibliography Introduction The Project Sustainable development has become a concern for governments all over the world, with places such as the United Kingdom, putting legislation in place to try and lessen the impact certain sectors of industry have on the environment. One of the areas where governments have felt changes could be made, has been the housing industry. Of the changes, most importantly has been the issue of improving the sustainability of existing and new housing stock, the latter being the focus of this report. To improve new sustainable housing, we need to look back at past sustainable housing projects to not only see what they have achieved, but also where they could have done better or where they have run into issues and problems. Therefore, in this report, I have decided to look at two existing and very well known sustainable housing projects in detail. I will analyse them, looking at what strengths these projects have, as well as looking at the not so good things about the projects. I will also look in detail at the sustainable technologies these projects have used, any innovative use of materials and how energy consumption has been limited. As well as this, I will investigate whether the projects have achieved their intended goals by looking at evaluations of the projects as well as data available. These projects are the BedZED project, and the Greenwich Millennium Development After analysing these projects I will use my findings to create my own proposal for an effective and also importantly, an affordable and sustainable house. ...read more.

All this has resulted in BedZED being forced to get its electrical supply from the National Grid and hot water from an efficient gas condenser boiler (Hodge & Haltrecht, 2009). The CHP is not the only seemingly innovative system which has had to be put out of use. Though taken together with rain water harvesting, the Living Machine system saves 15 litres of mains water per person per day, it too has been closed down. This is because; it turns out to use more energy than conventional sewage treatments systems, which isn?t particularly sustainable, seeing that it is supposed to use little energy. The BedZED developers also felt that the costs of running and maintaining the Living Machine were too high to continue running it at the small scale it was used at BedZED, so it was also shut down in 2005. The last problem isn?t so much as a problem but more of a technology not ending up being used for what it was intended. The solar panels were originally going to be used to supply electricity to charge electric cars. However, BedZED developers were certainly too enthusiastic in the hope that electrical cars would become desirable to be used, since they installed 40 charging points for the cars which were to provide free electricity and also had lower parking costs for electrical cars. Out of the 71 households which BioRegional surveyed, not a single one of them owned an electric car. In fact, there were only two vehicles on site, owned by ZEDfactory and BedZED?s architects (Hodge & Haltrecht, 2009). Instead they have been used to provide electricity to the site, contributing about 20% of the site?s electricity. Materials Materials such as concrete, where used because they have a high thermal mass, which means they can effectively keep in heat. This means that, in the summer, the material will absorb and retain heat inwards during the daytime. ...read more.

Though a lot of energy is given out as heat in a CHP unit, much of this is recovered to be used to provide homes with heat and hot water, with typical CHP systems being able to use over 80% of their waste heat (Everett, Boyle, Peake, & Ramage, 2012). To further make the CHP unit more sustainable, it would be powered using biogas created by waste wood which has been turned into gas using gasification. Biogas can also be derived from anaerobic (not needing oxygen) digestion of animal and food waste which is then converted into a methane/carbon dioxide mixture (Everett, Boyle, Peake, & Ramage, 2012). I am not sure if this method of collecting biogas is widely used, but it could be a potential source for biogas. Finally, the building will also use photovoltaic solar panels which will cover the roof. These can be used to provide electricity to the house and shall be placed on the south facing side to maximise solar gain. Though they are expensive, they are becoming more popular and more are being manufactured. This may result in prices being driven down in the future, increasing their affordability. Figure 13 Conventional heat and power compared to CHP (source: http://ars.els-cdn.com/content/image/1-s2.0-S1359431199000551-gr1.gif) Materials Learning about the use of sedum on the roof of the BedZED houses and reading about green roofs has helped me to see this as a viable method of natural insulation. It is created by covering the roof of the house with soil, which is then used to grow plants which require little care. The soil acts as an insulator, keeping the house cool in the summer and warm in the winter (Royston, 2008). Finally, the materials used to construct frame of the house and other features of it could be taken from old buildings which have been demolished. This recycles and reuses materials which could otherwise have been sent to rubbish sites. Both BedZED and the GMV development used recycled materials in their construction. ...read more.