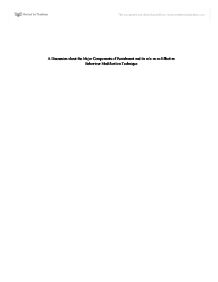 In Skinner's research, rats that had been previously taught to press a lever to obtain food were now either punished for pressing the lever (experimental group), or did not receive any food once the lever had been pressed (control group) (Ferster, Culbertson & Boren, 1975). In this experiment the rats in the experimental group were only administered punishment for the first ten minutes on the first day, in which the rate they pressed the lever dramatically fell; however after a 48- hour period both the experimental and control group pressed the lever an approximately equal amount of times, as shown in Figure 1 (Ferster, Culbertson & Boren, 1975). This provides evidence that unless constant administering of punishment continues the behaviour is only temporarily suppressed (Leiberman, 2000). Since it is unethical and impractical to continually administer punishment, many including Skinner concluded that punishment was an ineffective and undesirable technique for changing behaviour (Leiberman, 2000). However, this thinking was not completely justified as it was based on very little evidence (Leiberman, 2000). PRESERVATION OF MODIFIED BEHAVIOUR The durability of treatment using punishment is a key component to whether punishment is an effective way of modifying behaviour (Lerman & Vorndran, 2002). The durability of the modified behaviour seems to vary according to the effectiveness of the punishment (Leiberman, 2000). Such factors that influence the effectiveness of punishment have already been discussed earlier such as intensity, delay and schedules of punishment (Leiberman, 2000). However, it seems that there is no correct method to ensure that the punished behaviour is suppressed indefinitely (Lerman & Vorndran, 2002). ...read more.

From the definition, if an aversive stimulus reduces the likelihood of a specific behaviour occurring then it can be considered successful (Ferster, Culberston & Boren, 1975). However if this aversive stimulus also elicits other psychological side effects it can ethically be considered a failure as a behaviour modifying technique (Leiberman, 2002). This therefore creates a controversial and ethical debate about the true nature of a successful punishment (Lerman & Vorndran, 2002). Punishment is usually characterised by the addition of an aversive stimulus which decreases the likelihood of undesirable behaviour occurring (Perster, Culberston & Boren, 1975). However, the maintenance and effectiveness to treat the problem behaviour is reliant on many components. These components require a specific balance so that punishment will completely suppress the behaviour indefinitely, however this balance is relatively unknown (Leiberman, 2000). Also, there is and may always be a controversial aspect surrounding punishment, specifically the side effects it can cause, however it has proved to be a crucial feature in behaviour modification for extreme circumstances (Lerman & Vondran, 2002). Furthermore, with the overall success of punishment being very subjective in manner, it appears that there will never be a definite answer surrounding whether this technique is effective in behaviour modification. However with further research into the effects of punishment and ways to maximise its use in changing behaviour, punishment may not be considered such a traditional technique of behaviour modification. Figure 1 - shows the effect of punishment on responding during extinction (Leiberman, 2000). Pressing the bar was punished in the first 10 minutes is the extinction + punishment (experimental) group however not punished in the extinction (control) group. ...read more.