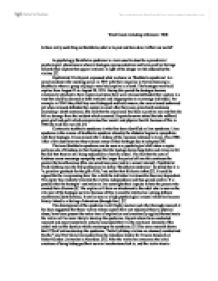 Word Count excluding references: 3928 Is there really such thing as Stockholm,what is its past and how does it affect our world? In psychology, Stockholm syndrome is a term used to describe a paradoxical psychological phenomenon wherein hostages express adulation and have positive feelings towards their captors that appear irrational in light of the danger or risk endured by the victims. [1] Psychiatrist Nils Bejerot expressed what we know as 'Stockholm syndrome' in a news broadcast after assisting police in 1973 with their enquiries in Normalmsmorg in Stockholm where a group of people were held captive in a bank. The hostages were held captive from August 23 to August 28, 1973. During this period the hostages became emotionally attached to their captors and when they were released defended their captors in a way that could be deemed as both irrational and inappropriate to an average individual. For example in 1934 Mary McElroy was kidnapped and held ransom, she was released unharmed yet when released defended her captors in court after they were given harsh sentences (including a death sentence). She said that the experience had been a positive one and that she felt no damage from the incident which occurred. Reports however stated that she suffered great grief and guilt which compromised her mental and physical health: because of this in 1940 she took her own life. [5] Contrary to stockholm syndrome is what has been identified as lima syndrome. Lima syndrome is the reverse of stockholm syndrom whereby the abductor begins to sympathize with their hostages. It was named after a kidnap of the Japanese embassy in Lima, Peru 1996. After a few days however they releases many of their hostages due to sympaty [19] The term Stockholm syndrome can be seen as a psychological shift when a captor portrays acts of kindness to their hostage that the hostage deems hospitable and allows to foil the fact that they are still being subjected to a horrific ordeal. ...read more.

life is imprinted across the world and acts as a design of support from one person to another: from one country to another. Even though it is a trecherous condition to have it is apparent that it is part of our world, publicising it in the media can only aid in the improvement of erasing it from our society. As well as being in the media, Stockholm sydrome has been present in popular culture. The term Helsinki syndrome has been used erroneously to describe Stockholm syndrome in the movie 'Die Hard. Also actress Patricia Hearst who's career includes roles in 'Cry baby' and 'A dirty shame' openly shares her experience and development of the syndrome at the time where she was held captive by the Symbionese Liberation Army. Hearst now known as Patricia Campbell Hearst Shaw, is an American newspaper heiress, socialite, actress, kidnap victim, and convicted bank robber. She is the Granddaughter of publishing magnate William Randolph Hearst and great-granddaughter of millionaire George Hearst: Among her few close friends she counted Patricia Tobin, whose family founded the Hibernia Bank, a branch of which Hearst would later aid in robbing. On February 4th 1974, Hearst then 19 was kidnapped from her Californian apartment by the Symbionese Liberation Army, on the grounds that they would swap her for their jailed comrades. This plan however failed and they demanded that the victims family distributed aid to every needy Californian. After the distribution of aid they refused to release her as they deemed it all poor quality. Hearst was held captive and then on April 3rd 1974 she announced on tape that she was now part of the Symbionese Liberation Army. She grew so attached to the group that she adapted the name Tania inspired by the nom de guerre of Hayd�e Tamara Bunke Bider, Che Guevara's comrade. [6]On the 5th of April Hearst was photographed robbing a bank and she announced that she was fully commited to the left parties goals, because of this a warrant was issued for her arrest. ...read more.

Obviously the subject did not recieve any shocks and the screams of pain were in fact pre recorded on tape. Each time the participant refused to continue or questioned the experiment 'prods' were used such as 'please continue' making it more authoritarian each time. The results showed that although most were uncomfortable all 40 subjects obeyed up to 300 volts and 25 continued up to the maximum 375. This may be because even with our almost innate behaviour memes can be removed and replaced with the most irrational ones by an individual whom we deem in authority. [18] Because of this Milgrims study can in some way allow us to identify certain reasons for an individual to obey to a perpetrators demands even if they are extremely innappropriate. After much discussion and exploration of a variety of case studies and field experiments, it is highly apparent to me that there is such a thing as 'Stockholm Syndrome' and its effect on an indivudual is extremely overwhelming. I believe there to be many parrallels between what we have come to know as 'Stockholm syndrome' and also what is known as brainwashing; the link between the two is clear in the case of Patricia Hearst in California. The concept of the syndrome has only come to light thanks to the survival of hostage victims: if they did not contract the syndrome then they may not have survived their ordeal. The only positive thing that evolves from the syndrome is the colection of people whom have escaped the clasps of their perpetrators because of it. In some way it could be seen as a hope for the young girls still missing today such as Madeline McCann (born 12.5.03; abducted 3.05.07 from praia da luz) whos defence mechanisms may have kicked in and she could still be out there right now. If the media continued to internationally recognise the impact that the syndrome has on even the most developed nations, then maybe the inhabitants of our world will aid in the demolishion of such controversy. ...read more.