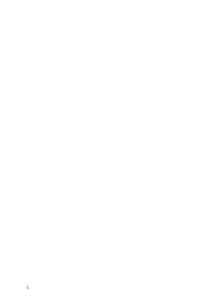 The relationship between extraversion and introversion arousal levels experiment

﻿________________ The relationship Between Extraversion-Introversion and the EEG ~~~~~~~~~~~~~~~~ Abstract The aim of the study was to test Eysenck?s (1967) personality theory which states that extraverts are less aroused than introverts. Participants completed Eysenck?s personality questionnaire which indicated high and low extraversion. The data set consisted of 83 males & female undergraduate Psychology students from Magee University of Ulster. Participants were instructed to open and close their eyes and perform a mental arithmetic calculation on instruction whilst the EEG recorded alpha wave amplitude and frequency activity from three mean amplitude of the alpha wave between participants who scored high on extroversion (M = 9.88, SD=6.18) and participants who scored low on extroversion (M = 11.08, SD = 6.55). There was no significant difference in high arousal conditions that is when eyes were closed (M = 10.98, SD = 8.67) and when eyes were open (M = 8.79, SD = 6.36) and finally there was no significant difference in the mean alpha wave amplitude while performing a mental arithmetic task between participants who scored high (M = 6.63, SD = 6.75) and participants who scored low in extraversion (M = 7.03, SD = 6.41). . Introduction According to Sissen & Ellingson as cited by ( ) no study has been convincingly demonstrated to show a relationship between any feature of the usual adult EEG recorded under normal conditions and any personality attribute. ...read more.

A number of studies have reinforced Gale and Eysencks activation arousal theory that extraverts produce lower levels of alpha activity whereas introverts produce higher level cortical arousal. Gale also suggests that alpha rhythm should be more noticeable in extraverts than introverts as it is known to be stronger in relaxed states and reduced by arousal stimuli (Gale 1999). The aim of this study is to test Eysenck?s (1967) personality theory which states that extraverts are less aroused than introverts. Eysenck?s personality questionnaire will be used to establish extravert/introvert and EEG will be used to measure alpha waves. Participants will be instructed to open and close their eyes and perform a mental arithmetic. It is hypothesized that extraverts will show increased amplitude in alpha wave activity than introverts in these conditions. Method Design For the purpose of this study a within-participants design was used for the completion of the self-reporting questionnaire and recording of alpha wave activity. However, following the scoring of the questionnaire (see appendix 1) and participants were ranked as high/low on extraversion by process of median split of 6. Those who scored lower than the median split were coded 0 and those who scored higher than the median split were coded 1. Time group was recoded as 1 before 12:30 and 2 for after 12:30. MEANAMP was re-coded for the mean amplitude of both eyes closed and eyes open and AMP6 was re-coded for the mean amplitude during mental arithmetic task (see appendix 3) ...read more.